I don't write larger think-pieces on the markets all that often. The main thrust of my writing for Real Money is on individual stocks.

But believe it or not, the broad market averages are sometimes harder to address as you have 30 or 100 or 500 or even 2,000 stocks doing different things. It is not all that hard to look at 30 stocks and see how many are in uptrends or downtrends and make 30 forecasts. When you look at 500 stocks, it's another story.

Some indices are weighted by price or by capitalization and weak stocks can be dropped from the index giving it an upward bias. Remember the stocks that were dropped from the DJIA in the wake of the financial crisis?

Nevertheless, let's try to address the second half of 2019.

In this chart of the S&P 500 with envelopes, below, we can see how these bands have captured most of the price action and moves outside of the bands have been short-lived. The S&P 500 is currently above the envelope, so history suggests that prices will most likely be moving sideways or lower toward the 12-month moving average line or even the lower band in the months ahead. 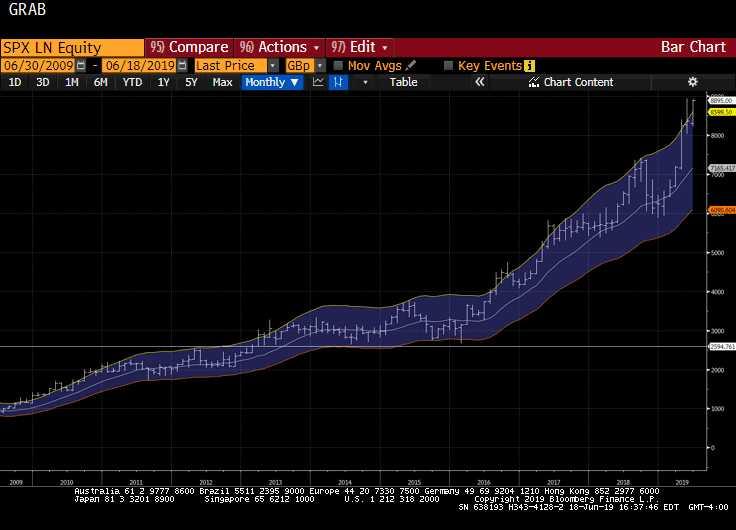 The summer doldrums is something that has plagued sailors near the equator for centuries. I remember learning about the doldrums when my wife and I took a cruise around the Galapagos.

The summer doldrums on Wall Street refers to the slow or anemic trading volume starting around the Memorial Day weekend. May is the start of what many, including my friend Jeff Hirsch, have labeled the worst six months of the year. This year I would not be surprised to see the broader averages weaken until the early part of October with a "retest" in December, which reminds me of the 1973-'74 bear market and bottom in the fourth quarter of 1974.

Many technical analysts use various advance-decline lines to track the averages and to look for divergences between the broad list of stocks and the relatively narrow averages.

In this advance-decline line of the Nasdaq, below, we can see that the line peaked in April/May and broke below the March low. Most market forecasters stick to the New York Stock Exchange advance-decline line, but in this particular market cycle, I think the Nasdaq is the market to follow with all the new technology companies. 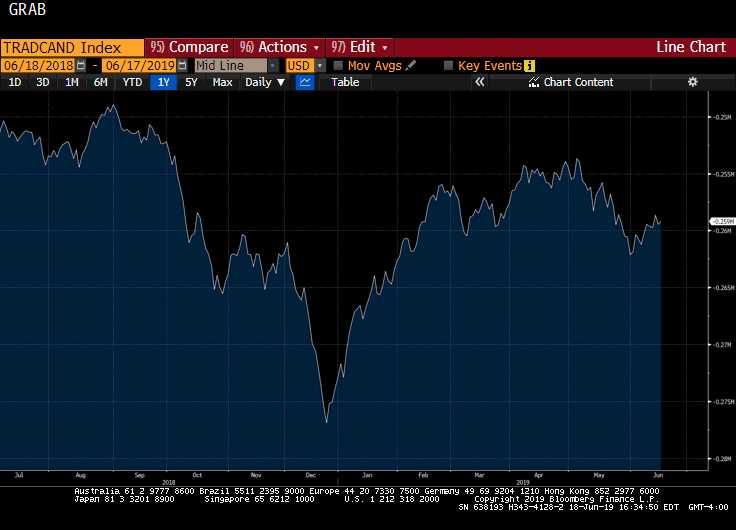 The NYSE advance-decline line, below, is stronger but it has been losing momentum (lower panel). 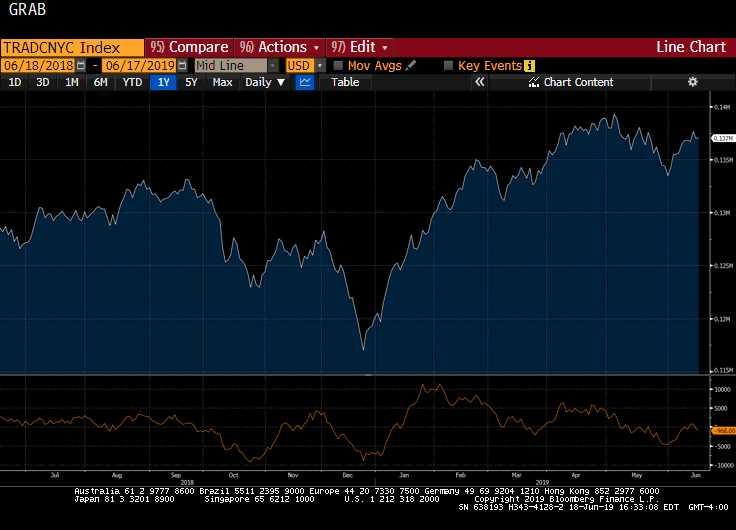 Looking at lots of individuals stocks can give you a feel for the broad market. Looking at the eleven sectors is another way.

My teacher and mentor Ralph Acampora, CMT, taught me about Dow Theory in the spring of 1974. The Dow Jones industrial average briefly made a new high for the move up, but it did not break the October zenith, in the chart below, while the DJT has diverged. This is not what Charles Henry Dow would call a bullish signal.

While many consider gold a relic and not a meaningful indicator or even an asset class, I think its recent upside breakout is telling us something important about where we want to be invested right now.

Back in the 1920s it was probably right to watch the stock market in England for clues to our markets. Today I think it is China. The iShares MSCI China ETF (MCHI) shows a weak pattern, in my opinion.

The study of technical analysis or the investment approach called TA does not have a real firm body of knowledge like fundamental analysis. What I think are important indicators may not be what others think are important. Not unlike two accomplished doctors looking at the same MRI or X-ray and coming to two different conclusions.

Right now I would take a bearish stance on the equity market until early October.

Get an email alert each time I write an article for Real Money. Click the "+Follow" next to my byline to this article.
TAGS: ETFs | Gold | Index Funds | Indexes | Markets | Technical Analysis | U.S. Equity

My Fifth Top Stock Pick for 2020 Is This 'Sleepy' Name

The play here is that anticipation of a good earnings report in February will wake up the shares.

Chinese stocks sell off amid fears of a new SARS during the biggest migration of people on the planet.

There is nothing in small-caps to suggest that they are as frothy as the big-caps.

Still No Sell Signals, but 2 Concerns Linger for This Market

Throughout the recent rally, OB/OS levels have yet to enter overbought territory.