The major equity indexes closed higher Friday with positive internals on the NYSE and Nasdaq. However, the gains had no impact on the charts that are short-term neutral but intermediate-term bearish. Market breadth is neutral as well as is most of the data except for investor sentiment (contrarian indicator) that is awash in bears.

While sentiment and valuation suggest going long, the charts have yet to send sufficient signals that the market weakness over the past weeks has been fully expressed. 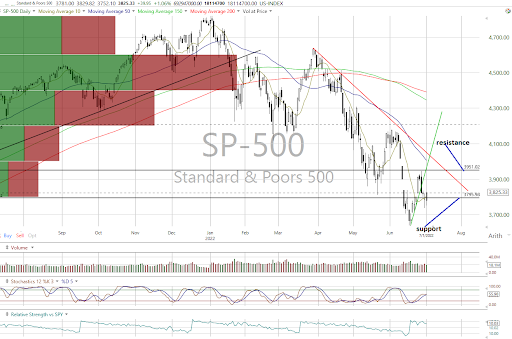 The major equity indexes closed higher Friday with positive internals on the NYSE and Nasdaq on lighter trading volume.

All closed at or near their intraday highs. However, the gains were insufficient regarding any change in the near-term chart trends that remain neutral on all.

The intermediate-term trends remain bearish while market breadth is neutral for the All Exchange, NYSE and Nasdaq.

All stochastic levels are neutral as well.

The Open Insider Buy/Sell Ratio rose to 82.7 as insiders did some buying, staying neutral.

However, the detrended Rydex Ratio (contrarian indicator), at -2.07, is on a very bullish signal. We believe it remains a positive for the markets as the leveraged ETF traders remain highly leveraged short versus leveraged long at the beginning of the year and prior to the market's declines.

The Investors Intelligence Bear/Bull Ratio (contrary indicator) also stayed on a very bullish signal and at a decade peak of fear at 44.7/26.5 as bears increased while bulls declined. As noted previously, such extreme levels of investor fear have typically presaged notable market rallies.

While we find investor sentiment and valuation appealing, the downward slide on the charts over the past few weeks has yet to show convincing signs of abating. As such, we believe investors with less than long term horizons need confirmations of trend reversals to become more optimistic.

Get an email alert each time I write an article for Real Money. Click the "+Follow" next to my byline to this article.
TAGS: Markets | Stocks | Technical Analysis | Treasury Bonds | U.S. Equity | Indexes