All the major equity indexes closed lower Wednesday near their intraday lows. Importantly, however, no support levels or near-term trends were violated, leaving an even mix of neutral and bullish projections, while cumulative market breadth remains supportive.

Meanwhile, investor sentiment (contrarian indicator) still finds "the crowd" on the bearish side of the boat despite recent market improvements.

We remain of the opinion that the worst may well be behind us, suggesting weakness near support levels should be bought. 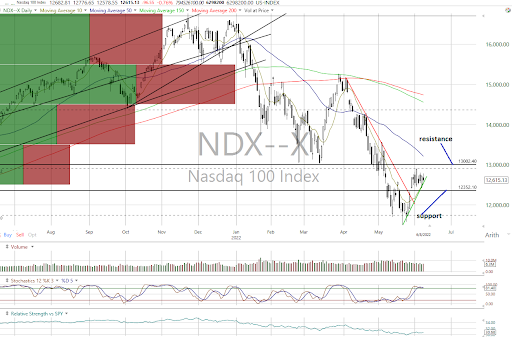 All the major equity indexes closed lower Wednesday with negative internals as all closed near their intraday lows. However, the session's selling pressure was not strong enough to alter the support levels or near-term trends of the indexes.

Cumulative market breadth remains positive as well for the All Exchange, NYSE and Nasdaq, giving the recent progress a fairly strong foundation in terms of internal structure.

The stochastic levels remain overbought but have yet to generate bearish crossover signals.

Let's Dig Into the Data

On the other hand, the detrended Rydex Ratio (contrarian indicator) deepened to -1.97 and remains in bullish territory as the leveraged ETF traders are still highly leveraged short.

This week's AAII Bear/Bull Ratio (contrarian indicator) remains very bullish at 1.81, although a bit less so versus last week's 2.18 reading.

The Investors Intelligence Bear/Bull Ratio (contrary indicator) also remained on a very bullish signal and still near a decade peak of fear. However, we would note bears declined as bulls increased to 38.0/36.2. Only twice in the past decade has bearish sentiment been this extreme, both of which were coincident with market bottoms.

The forward 12-month consensus earnings estimate from Bloomberg for the S&P 500 rose to $236.56 per share. As such, the S&P's forward P/E multiple slipped to 17.4x with the "rule of 20" finding ballpark fair value at 17.0x and compared to a multiple of 23x at the market peak.

The fact that the crowd continues to disbelieve the recent market progress that has been matched by improving market breadth while valuation has become much more reasonable than near the market peaks has the potential to be a notable upside catalyst. We believe weakness should be bought when near support.