The data is sending more mixed signals while the valuation gap continues to compress.

While we typically defer to the charts, we believe there is enough evidence now, as discussed below, to warrant some degree of caution.

The bulk of the major equity indices closed higher Thursday with the exception of the Russell 2000 posting a loss.

The S&P 500 and DJIA made new closing highs although these highs were achieved on negative breadth on the NYSE.

The Dow Jones Transports (see below) did manage to close above its near-term resistance while the S&P MidCap 400 gave a "bearish stochastic crossover" signal.

As a whole, given the lack of breadth while sellers took control near the end of the session, we suspect we may be seeing some weakening of the recent rally strength. 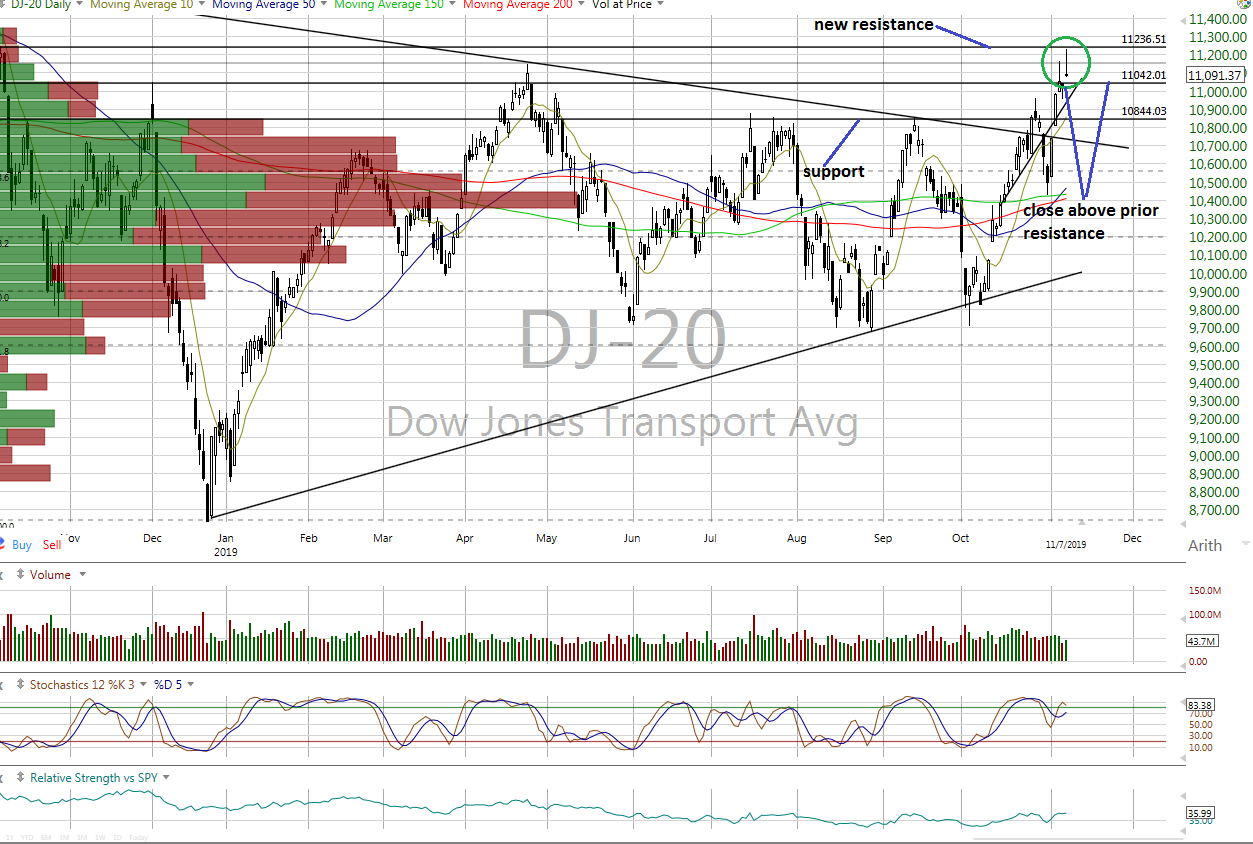 The cumulative advance/decline lines for the All Exchange, NYSE and Nasdaq weakened just enough, in our opinion, to turn neutral from positive while the bulk of the stochastic signals remain overbought.

Again, we would stress such stochastic crossovers typically need to see violations of support in order to become actionable.

Data Mixes It Up

The data is turning a bit more mixed. All of the one-day McClellan Overbought/Oversold Oscillators are neutral (All Exchange:+12.8 NYSE:+2.76 Nasdaq:+20.91) while all of the 21-day readings remain overbought.

The Investor's Intelligence Bear/Bull Ratio (contrary indicator), however, is notably bearish at 16.8/55.1, suggesting an excess of bullish sentiment/complacency on the part of investment advisors we think worthy of note.

The percentage of S&P 500 stocks trading above their 50-day moving averages is a neutral 65.2%.

And while the Open Insider Buy/Sell Ratio remains neutral at 29.4 (see below), it is nearing a bearish signal as they have increased their selling activity into recent market strength. 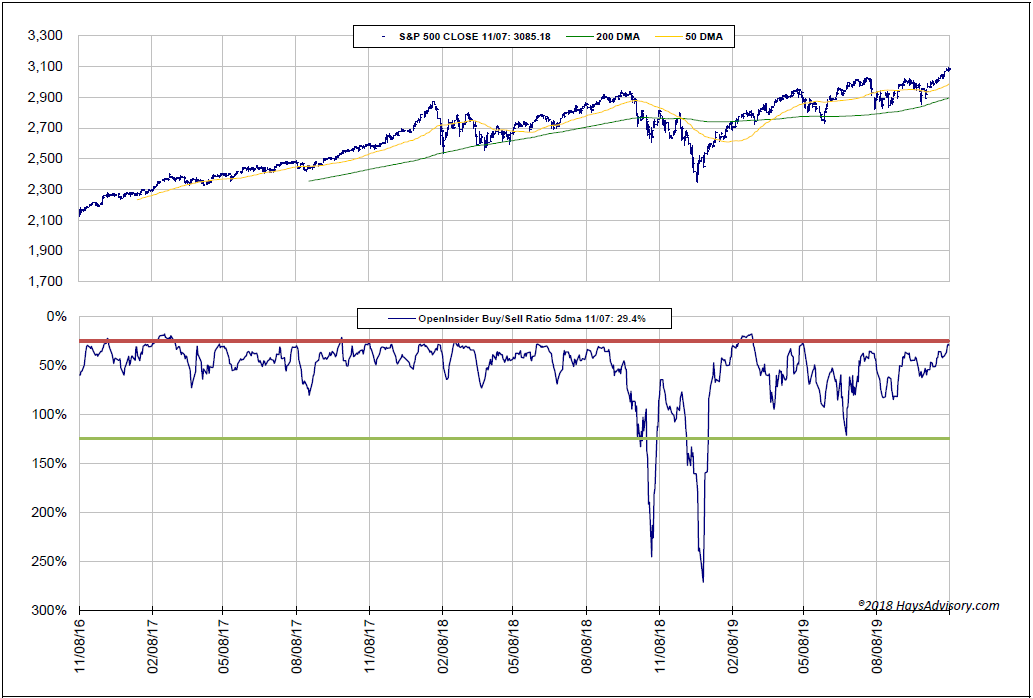 Valuation is now much closer to fair value with forward 12-month earnings estimates for the S&P 500 at $172.34 per share via Bloomberg, leaving the forward P/E multiple at 17.9x while the "rule of twenty" finds fair value at 18.1x.

While the charts remain generally positive, the issues discussed above suggest we maintain our near-term "neutral" outlook.

Get an email alert each time I write an article for Real Money. Click the "+Follow" next to my byline to this article.
TAGS: Indexes | Markets | Stocks | Technical Analysis | Trading

Which is older: the current bull market or Betty White?

There were opportunities in the transports.