All the major equity indexes closed higher Tuesday with positive internals on the NYSE and Nasdaq as trading volumes dipped on both from the prior session. All closed near the midpoints of their intraday ranges.

Yet the gains were still insufficient to alter the current near-term downtrends on all the charts except for one. However, as we noted Tuesday the positive signals coming from the investor sentiment data have now intensified their potentially bullish implications, as detailed below.

So, while the charts have yet to return to the sunlight, market sentiment is suggesting an important market reversal may be at hand over the near-term. In fact, the market historically seen some significant progress associated with these current levels in the data detailed below. As such, our "nibbling" comment remains in place.

Charts Are Still Looking for 'Sunlight'

All the major equity indexes closed higher Tuesday with positive internals on the NYSE and Nasdaq on lower trade volume. However, the progress left all the indexes in near-term downtrends except for the Dow Jones Transports (see below), which remains neutral. 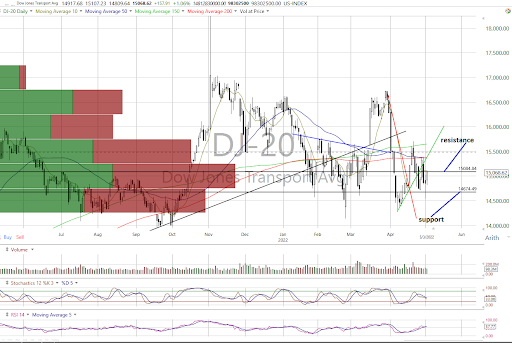 And while breadth was positive, it was unable to change the current downtrends of the cumulative advance/decline lines for the All Exchange, NYSE and Nasdaq as well.

The data, in our opinion, have intensified implications for some potential market strength, especially regarding sentiment.

The McClellan 1-Day Overbought/Oversold oscillators moved back to neutral from their previous oversold conditions (All Exchange: -24.42 NYSE: -33.13 Nasdaq: -17.83).

The percentage of S&P 500 issues trading above their 50-day moving averages (contrarian indicator) lifted to 29% from 24%, shifting its signal to neutral from bullish.

However, of importance, the Open Insider Buy/Sell Ratio rose further to 106.2% as insiders have actively increased their buying appetite over the past several sessions.

We find this compelling as the detrended Rydex Ratio (contrarian indicator) is now a very bullish -2.5 with the ETF traders highly leveraged short. 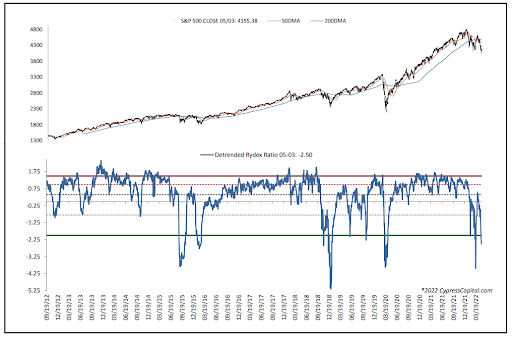 We repeat, the insider/Rydex dynamic at these levels has frequently resulted in powerful market rallies.

Also, this week's AAII Bear/Bull Ratio (contrarian indicator) rose further to a very bullish 2.97 and is at a 20-year peak matched only by the 2008-2009 financial crisis. Crowd fear is at very extreme levels. 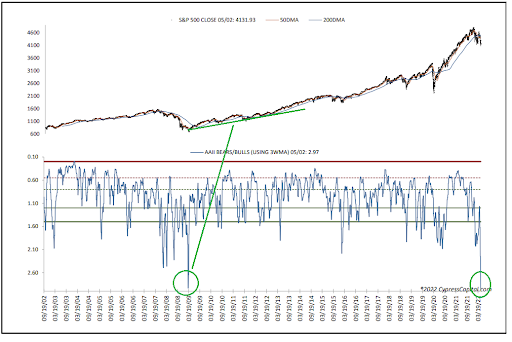 Although the charts have yet to confirm we are out of the correction woods, sentiment data is leaning very heavily in that direction. Some buying at current levels could prove beneficial.