All the major equity indexes closed Wednesday near their highs of the day as several violated their respective resistance levels, leaving all the indexes in bullish near-term trends. What's more, the "ascending triangle" patterns saw positive resolutions.

Market breadth remains positive across the board.

Meanwhile, the data shows the leveraged ETF traders have been covering their shorts but remain leveraged short while the McClellan 1-day OB/OS oscillators are overbought.

Now let's look closer at the charts and data and see where this market is headed next. 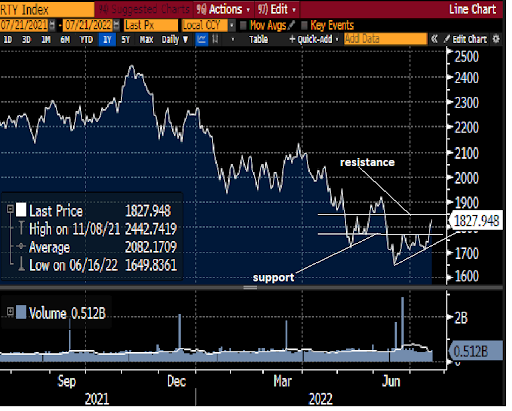 All the major equity indexes closed higher Wednesday with positive internals and higher volume on the NYSE and Nasdaq. All closed near their intraday highs, leaving all the charts near-term bullish and above their 50-day moving averages.

Also, the ascending triangle patterns on the Nasdaq Composite and Nasdaq 100 discussed here recently saw positive resolutions of their patterns.

Cumulative market breadth stayed bullish for the All Exchange, NYSE and Nasdaq and above their 50 DMAs.

All stochastic levels ae overbought but have yet to generate bearish crossover signals.

The percentage of S&P 500 issues trading above their 50-day moving averages (contrarian indicator) is neutral at 49%.

The detrended Rydex Ratio (contrarian indicator) dropped to -1.45 but remains bullish as the leveraged ETF traders have been covering their shorts but are still leveraged short.

The recent rally has improved the index charts and market breadth notably. As such, we remain encouraged for further improvement with the caveat that current overbought conditions may presage some slowing of progress within a period of some consolidation.