Over the last five weeks I have argued that there are substantive and underappreciated "buffers" that will likely serve as a ballast to the U.S. economy and are likely to lead to only a mild and brief recession, and a less tragic impact on U.S. corporate profits than the consensus increasingly expects.

The following factors support my case:

1. The absence, in large part, of the sort of leveraged positions and segments of the economy that have characterized previous deep economic down cycles.

2. Unlike 15 years ago, and in other previous economic downturns, our banking system is far less levered and has sizeable cushions of liquidity and capital.

3. There is over $2 trillion of excess consumer savings. 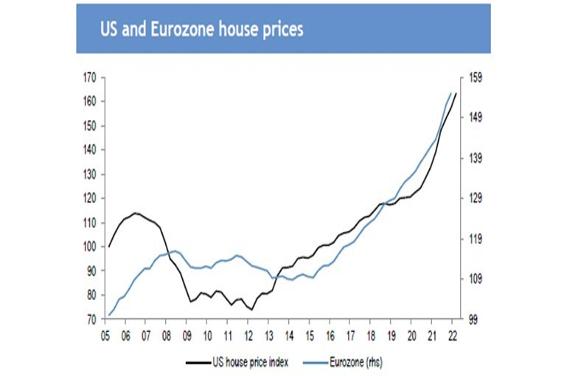 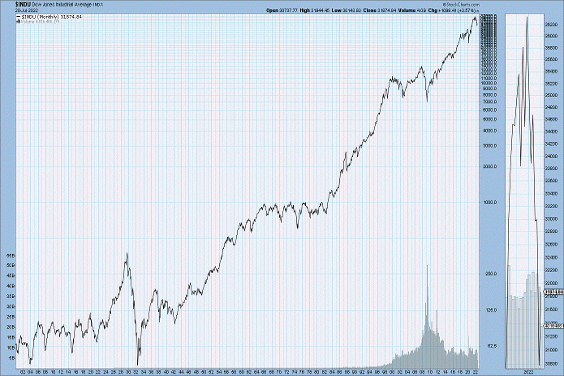 5. The U.S. has a very strong industrial/corporate base that has generally improved their balance sheets by rolling over into inexpensive debt over the last five years, and that have maintained high profit margins.

6. We have a robust and tight labor market -- with solid wage increases a highlight of the last several years. Importantly in the last 60 years the U.S. has never had a recession without a preceding spike in initial jobless claims: 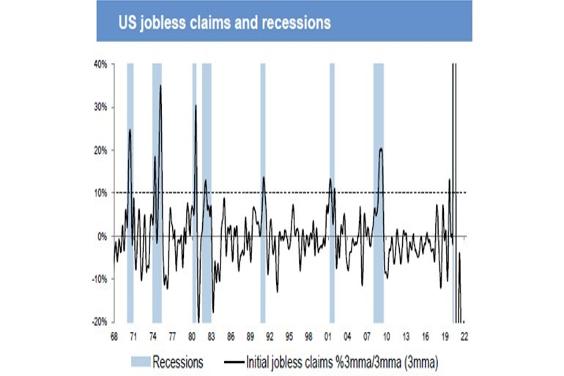 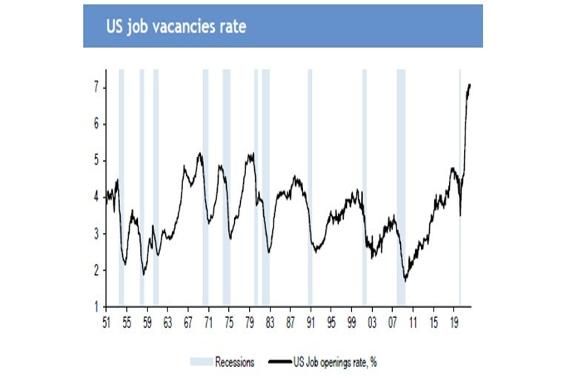 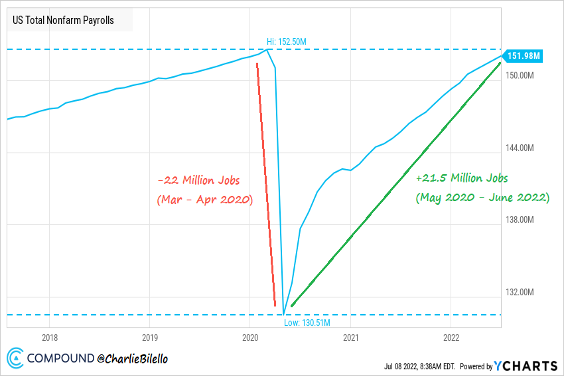 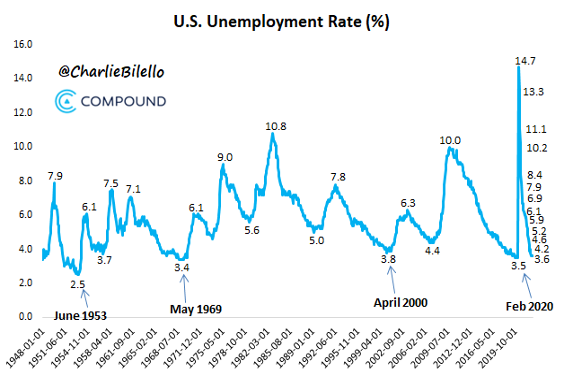 7. Some important components of inflation are moderating -- the prices of most commodities have fallen considerably over the last 2 1/2 weeks. Copper is -33% from its all-time high in March, 2022 -- and at its lowest level since 2020: 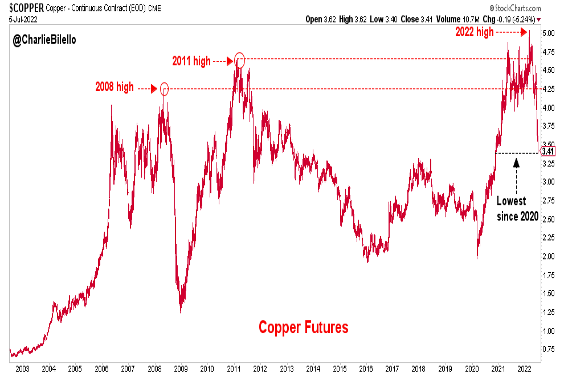 Corn, wheat, and soybeans are all down over 25% from their highs and below the levels they were at before Russia invaded Ukraine: 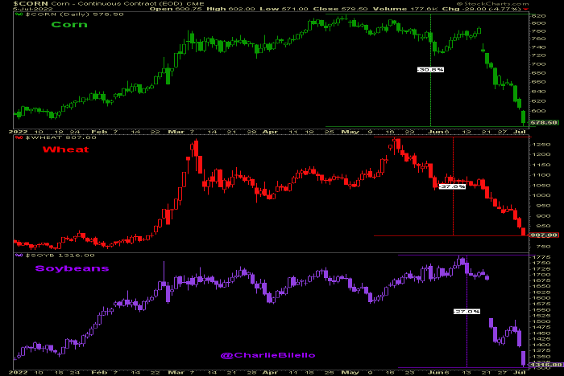 Used car prices are -7% over the last six months: 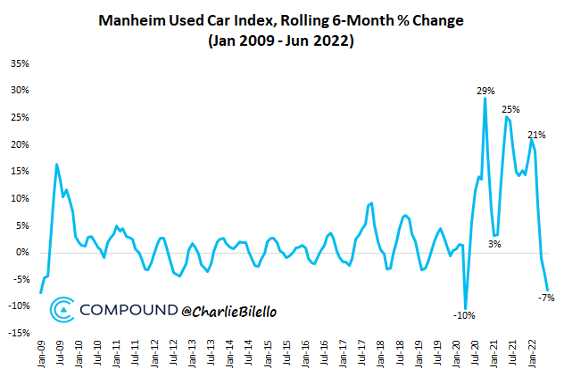 Finally, the price of energy products have also fallen precipitously: 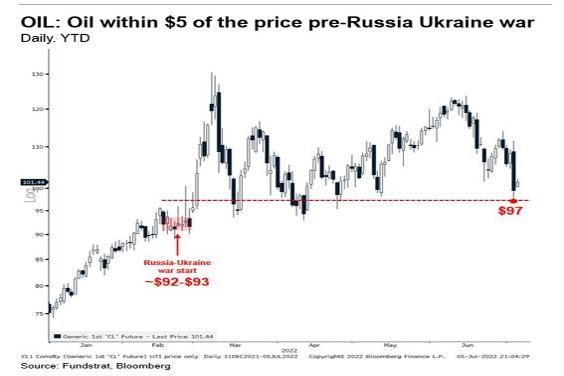 8. Any increased government spending has the potential to become an economic tailwind, as current levels are abnormally low: 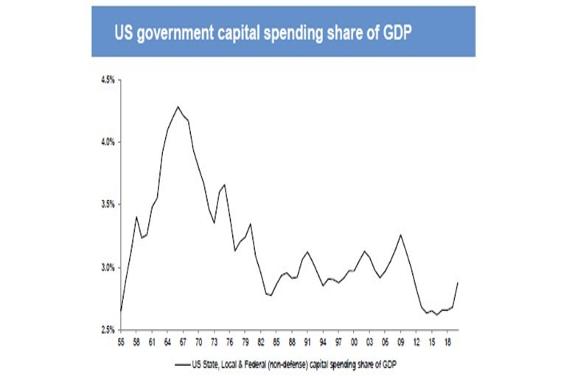 9. Interest rates may have peaked. The yield on the ten year U.S. note is about 40 basis points below its recent high.

10. Several measures of supply-chain health have begun to show signs of improvement. Deep sea freight costs (the black line in the below chart) have been a good proxy for supply-chain disruptions -- they dropped in June. And so is the New York Fed economists' Global Supply Chain Index (the red line) falling -- to the lowest level since March 2021: 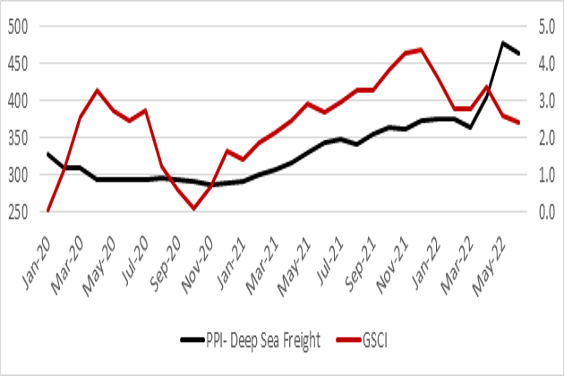 Another Important Buffer to the Consumer

An increasing amount of ursine market participants are focused on prospective consumer weakness, especially after the fall in mortgage activity and after the marked decline in equity prices, and on the wealth destruction that will ensue.

To those that have adopted the notion of a more saturnine consumer, I offer the following chart which demonstrates that consumers' balance sheets remain strong and underleveraged: 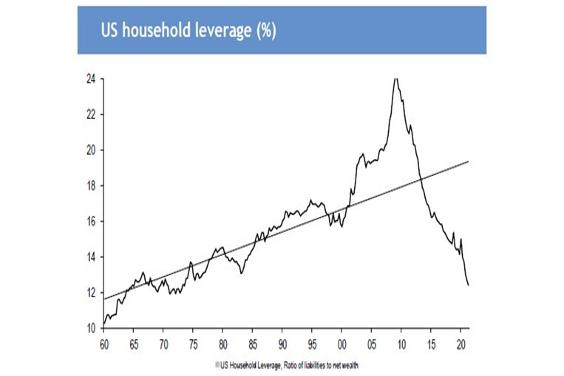 Indeed, as demonstrated above, the consumers' ratio of liabilities to net wealth is at the lowest level in 50 years!

(This commentary originally appeared on Real Money Pro on July 21. Click here to learn about this dynamic market information service for active traders and to receive Doug Kass's Daily Diary and columns from Paul Price, Bret Jensen and others.)

Get an email alert each time I write an article for Real Money. Click the "+Follow" next to my byline to this article.
TAGS: Commodities | Economic Data | Economy | Interest Rates | Markets | Stocks | U.S. Equity