We had been expecting some consolidation of gains given the market's recent rise and its move into overbought territory.

Whether Tuesday was the culmination of that remains to be seen as lower-than-expected CPI numbers Wednesday morning are giving stocks a lift. In our view, near-term trends should continue to be respected as weakness may present buying opportunities. 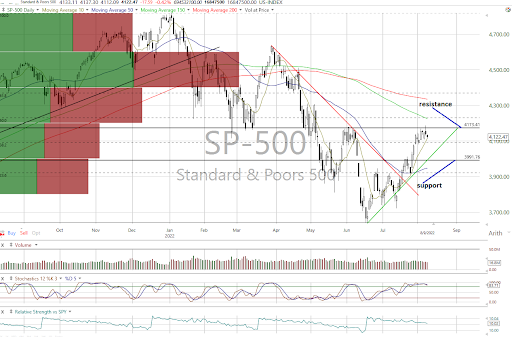 The major equity indexes closed lower Tuesday with negative internals on the NYSE and Nasdaq.

All posted losses as they closed near their intraday lows. However, the weakness left the chart bullish near-term trends intact with no violations of support.

Cumulative market breadth for the All Exchange, NYSE and Nasdaq remains positive as well and above their 50-day moving averages.

The McClellan Overbought/Oversold Oscillators dropped back to neutral from overbought due to Tuesday's losses (All Exchange: +39.16 NYSE: +40.72 Nasdaq: +37.7).

The detrended Rydex Ratio (contrarian indicator) should be noted as it has rose further to a neutral -0.25. It suggests the leveraged ETF traders have done a significant amount of covering of their prior extremely leveraged short exposure near the market lows. As such, its contrarian and bullish influence has dissipated.

It is joined by this week's AAII Bear/Bull Ratio (contrarian indicator), which moderated further as the crowd became a bit less fearful at 1.38. Thus, it is now "bullish" versus its prior "very bullish" implications.

The forward 12-month consensus earnings estimate from Bloomberg for the S&P 500 dropped further to $233.42 per share as analysts continued cutting their forecasts. As such, the S&P's forward P/E multiple is 17.7x and at a slight premium to the "rule of 20" ballpark fair value at 17.2x.

Tuesday's declines neutralized the warning coming from the McClellan 1-Day OB/OS Oscillators while the charts and market breadth remain positive. In our opinion, the current uptrends should continue to be respected.

Get an email alert each time I write an article for Real Money. Click the "+Follow" next to my byline to this article.
TAGS: Economic Data | Indexes | Investing | Markets | Stocks | Technical Analysis | Trading | U.S. Equity