With this in mind, we are stepping out on a limb with our discipline suggesting market weakness should be selectively bought for near, intermediate and long-term investors. 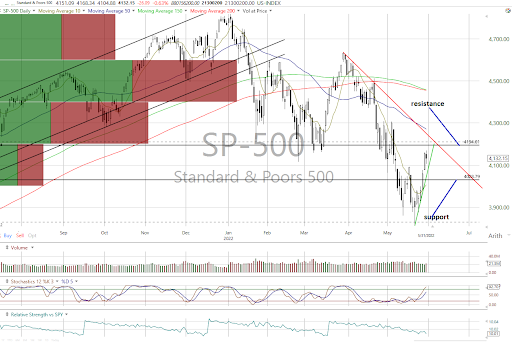 As all closed near the midpoints of the session, no violations of support or trend were registered, leaving the S&P 500 (see above) and DJIA near-term bullish with the rest neutral.

And while Tuesday's breadth was negative, the cumulative advance/decline lines for the All Exchange, NYSE and Nasdaq remain positive.

Stochastic levels are overbought but have yet to generate bearish crossover signals.

The McClellan 1-Day Overbought/Oversold oscillators that were suggesting Tuesday's pause/retracement remain very overbought on the NYSE and All Exchange and overbought for the Nasdaq (All Exchange: +105.09 NYSE: +117.8 Nasdaq: +96.25).

However, the detrended Rydex Ratio (contrarian indicator) remains very bullish, surging to -4.38 as the ETF traders are now extremely leveraged short at a level seen only once in the past decade at the beginning of 2019. From that point the market rallied until March of 2020 when Covid arrived on the scene. As such, the Rydex/Insider dynamic remains very encouraging. 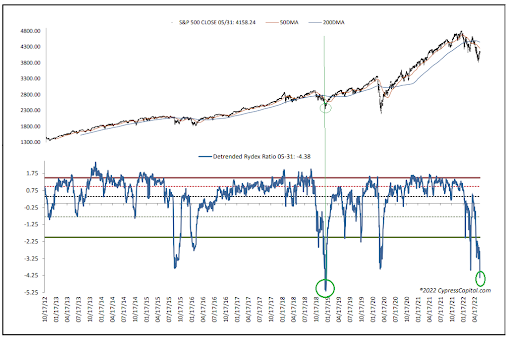 The Investors Intelligence Bear/Bull Ratio (contrary indicator) also remains on a very bullish signal and near a decade peak of fear at 40.8/228.28. Only twice in the past decade has bearish sentiment been this extreme, both of which were coincident with market bottoms.

Everyone is on the bear side of the boat. We view that as very positive.

Is This a Buying Opportunity?

The recent positive shifts in chart trends and market breadth while valuation has moderated significantly over the past two months have not been able to dislodge the heavy grip of fear on market participants.

However, the current conditions have historically resulted in positive market performance as sentiment eventually shifts to a less fearful outlook.

Thus, we see the current state of the markets as a buying opportunity for those able to unplug their emotions from their investment decisions.

The report from New York is certainly consistent with what one would expect to see as an economy heads either into recession or more deeply into recession.