Thursday's market action was certainly welcomed by investors, especially after Wednesday's rally. However, not to rain on the parade, but all the near-term downtrends on the major equity indexes remained intact as they failed to be violated.

Yet, there was some encouragement as several of the charts generated bullish stochastic crossover signals and are suggestive of more potential strength. Meanwhile, the data find two of the three McClellan OB/OS Oscillators oversold along with the typically wrong leveraged ETF traders leveraged short, also offering encouragement.

Therefore, we are stepping out a bit on the proverbial limb to speculate that more market upside potential continues to be present over the near-term.

Let's Check on the Charts 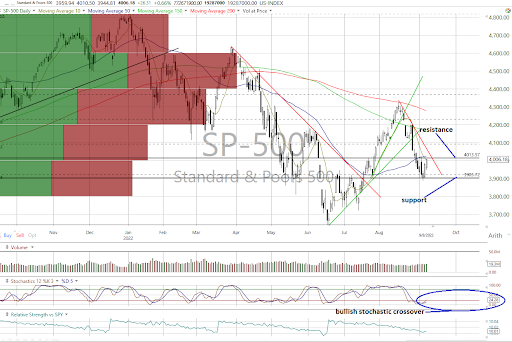 All the major equity indexes closed higher Thursday with positive internals as all closed near their intraday highs. However, the gains were insufficient to push the charts above their near-term downtrend lines, which remain intact until violated.

Market cumulative breadth also improved with the All Exchange, NYSE and Nasdaq A/D lines moving to neutral from bearish.

The McClellan Overbought/Oversold Oscillators still oversold on the All Exchange & NYSE with the Nasdaq's turning neutral (All Exchange: -56.1 NYSE: -69.85 Nasdaq: -46.11).

The percentage of S&P 500 issues trading above their 50-day moving averages (contrarian indicator) rose to 55% and remains neutral.

The detrended Rydex Ratio (contrarian indicator) is still on a green light at -1.6 as the typically wrong leveraged ETF traders are deeply leveraged short, staying on a bullish signal.

This week's AAII Bear/Bull Ratio (contrarian indicator; see below) rose to 1.57 and is now in bullish territory. 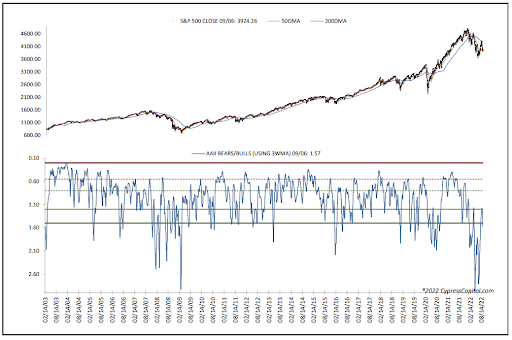 The Investors Intelligence Bear/Bull Ratio (contrary indicator) is 30.1/38.4 neutral with an increase in bears and drop in bulls.

Market Trading at a Slight Premium

While the near-term downtrends on the charts have yet to yield to buying pressure, the data, which projected recent gains, suggest more market strength may appear over the very near term.