Regular readers of Kamich's Korner on Real Money know that I respond to subscriber questions from time to time. (I don't respond to questions about penny stocks and anything that is traded "by appointment" -- you are on your own there.) One subscriber asked about silver, specifically the silver ETF iShares Silver Trust (SLV) .

"Why does it have such a different pattern from gold and does that mean it is more bullish?" the reader asked.

Let's get out our polishing cloth and take a look.
In this daily bar chart of SLV, below, we can see a mixed picture. Prices made a low with the broad market last March. SLV rallied to an August high as Robinhood traders piled in and then largely traded sideways with the $22-$20 area finding buying interest from September to November. Prices then rallied to the beginning of February with a sharp upside spike as the Reddit crowd joined the fray.
Notice the big surge in trading volume? Prices are now below the cresting 50-day moving average line but above the rising 200-day moving average line. The On-Balance-Volume (OBV) line shows a positive trend for the past 12 months, suggesting that these various new entrants to the market have largely stayed with their purchases.  The Moving Average Convergence Divergence (MACD) oscillator has been hugging the zero line since September and that tells me the price movement is not particularly strong. It might be outperforming gold but by itself it is going nowhere fast.

In this weekly Japanese candlestick chart of SLV, below, we get a different perspective. This chart is definitely mixed. Prices have been trading sideways for months but remain above the rising 40-week moving average line. This is the closest that prices have been to the average line in months and I would suggest that technically oriented traders could be eyeing purchases on a test of the line. The weekly OBV line is a problem for the bulls as it has been weakening since August -- much different than the daily OBV line. The MACD oscillator has been weakened from September but is poised to turn upward if prices can rally soon.

In this daily Point and Figure chart of SLV, below, we can see the $21 area as a potential downside price objective. Prices held that area in September and November, BTW (look for the A, B and C on the chart). 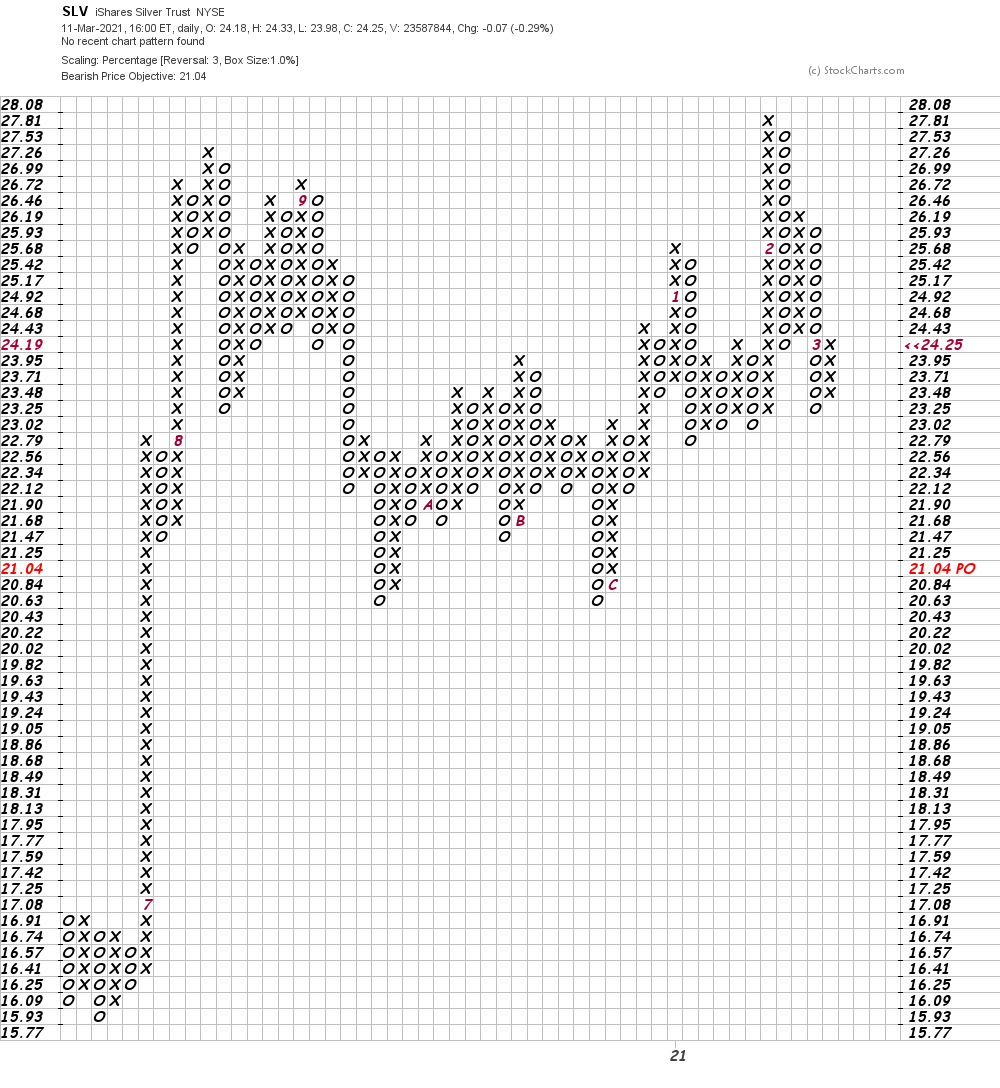 In this weekly close-only Point and Figure chart of SLV, below, we used a traditional even-dollar scaling method. We have a lot of price history on this chart and a potential longer-term price target of $54. 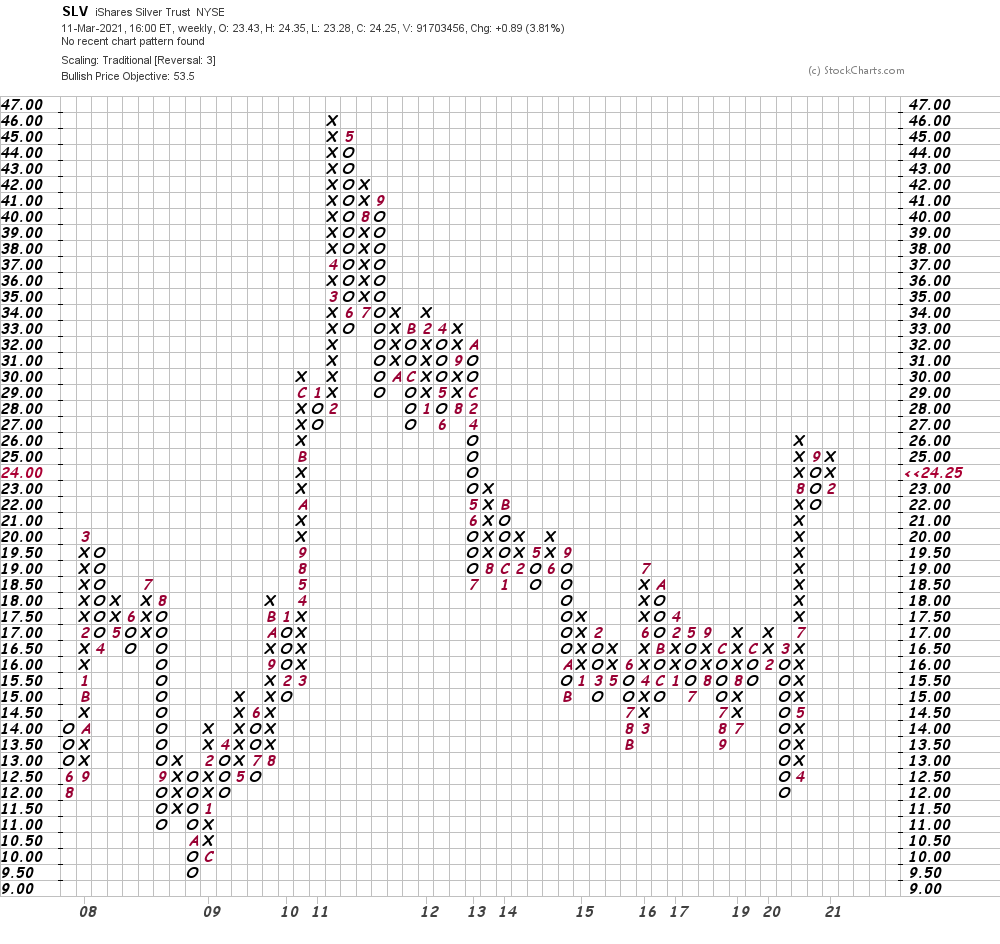 Bottom line strategy: You can see a mixed picture from these four charts (above). We could decline to $21 again and we may see a big rally to $54. I suspect the U.S. dollar will resume its longer-term downtrend at some point in time and that will probably be the catalyst for silver to move significantly higher. Stay tuned.
Get an email alert each time I write an article for Real Money. Click the "+Follow" next to my byline to this article.
TAGS: Commodities | ETFs | Investing | Markets | Technical Analysis | Metals & Mining | Real Money

Remember Palladium? A Close Look at the Other Precious Metal

Sometimes the most rewarding trading strategies are found away from all the shouting.

MP Materials Is Pointed Lower But Remains on Our Shopping List

The Dollar Index Continues to Strengthen

I would look for the dollar rally to begin to reverse direction by the latter part of the second quarter of 2021.

What Is the Bloomberg Commodity Index Telling Us?

Commodities are all about whether they are in surplus or deficit given the demand/supply projections. Choose wisely.