While the charts and breadth statistics improved in Thursday's market action, some of the McClellan OB/OS Oscillators are now overbought while insiders have not eased their selling activity, which is at levels that have frequently presaged market weakness as described below.

These factors are restraining us from being more enthusiastic beyond shifting our near-term macro-outlook for equities to "neutral" from "neutral/negative." 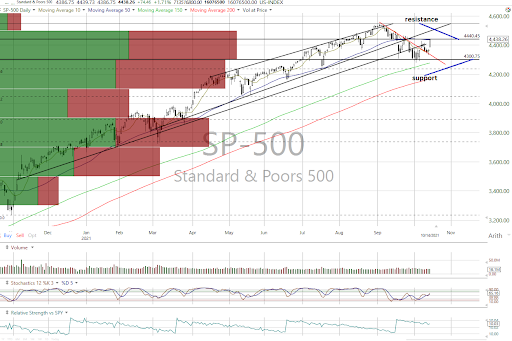 All the major equity indexes closed higher Thursday with positive internals on the NYSE and Nasdaq. All closed at or near their intraday highs for the second session in a row.

Resistance levels were violated to the upside on all but the S&P 500 (see above) and DJIA, which closed at resistance.

Meanwhile, the Nasdaq Composite and Nasdaq 100 closed above their near-term downtrend lines.

As such, the near-term trends are now bullish on the Dow Jones Transports, MidCap 400, Russell 2000 and Value Line Arithmetic Index with the rest neutral.

Cumulative market breadth also improved with both the All Exchange and NYSE A/Ds positive and above their 50-day moving averages as the Nasdaq A/D turned neutral from negative but remains below its 50 DMA.

The data finds the McClellan 1-Day Overbought/Oversold Oscillators for the All Exchange and NYSE now in oversold territory and suggesting some caution may be warranted for the very near term (All Exchange: +53.01 NYSE: +71.29 Nasdaq: +39.12).

The detrended Rydex Ratio (contrarian indicator), measuring the action of the leveraged ETF traders, remains neutral 0.25 as their bullish expectations have waned from their excesses at the market's highs.

The Open Insider Buy/Sell Ratio remains in bearish territory and unchanged at 20.0% as insiders continue their selling activity. Over the past three years, this level has been achieved eight times with seven preceding some market weakness. In our opinion, it suggests some caution is warranted.

The charts and breadth are flashing green lights while the McClellan OB/OS and Insider Buy/Sell Ratio are cautionary. Thus, we are lifting our near-term macro-outlook for equities to "neutral" from "neutral/negative."