I am not a Fed watcher. I am just a market observer and what I see is a week ago, when the stock market kept going down, folks were not talking about a Fed pivot. Now that the market rallied 6% for the S&P 500 earlier this week it almost seems folks are looking for a reason for the Fed to pivot. Yet the Fed members keep saying rates are going higher.

My guess is if the Jobs Report on Friday is weaker than expected the Fed Pivot crowd will get loud. And that would be a sure sign that sentiment has changed from just a mere week ago.

Or will folks prefer to focus on the earnings misses? You know, like Advanced Micro Devices (AMD)  , as a way to stay bearish? Wait, aren't earnings misses signs of a weakening economy and therefore good for bonds?

As you can see, we can make up a gazillion different scenarios and an equal number of narratives for the market. Statistically not much has changed.

Breadth has backed off but so have the major indexes. The number of stocks making new lows is still far fewer than they were a week or so ago. And my Oscillator is not yet over the zero line. It is possible it doesn't get there -- that's what happened in early September -- but it is unusual. Most of the time once the market gets oversold the Oscillator finds its way back to an overbought reading over the zero line.

What did change was sentiment, which shifted a bit. The National Association of Active Investment Managers lifted their exposure from 10 a week ago to near 40 this week. 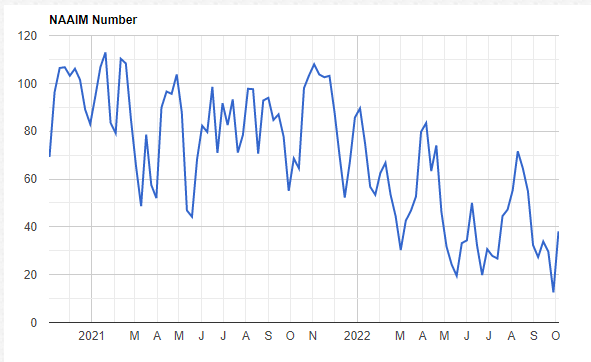 The American Association of Individual Investors saw bulls tick up four points to 24% and bears back off six points to 54%. So a small shift. My guess is folks thought that midday rally on Wednesday was bullish. 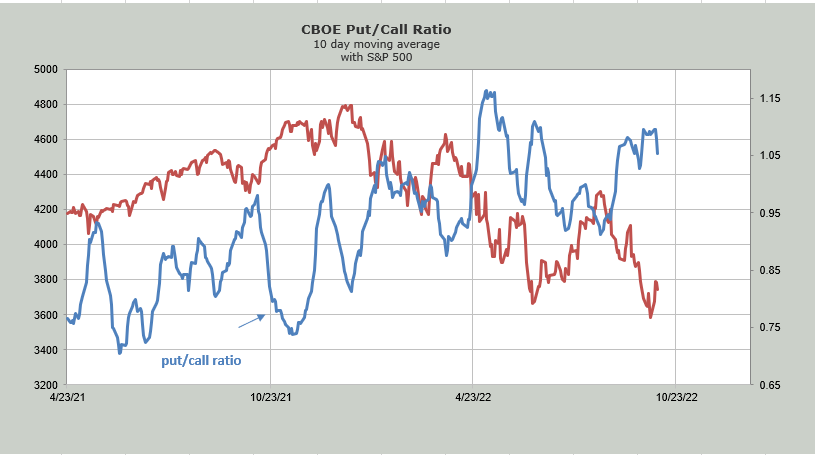 Get an email alert each time I write an article for Real Money. Click the "+Follow" next to my byline to this article.
TAGS: Bonds | Earnings | Economy | Federal Reserve | Interest Rates | Jobs | Markets | Rates and Bonds | Stocks | Trading | Treasury Bonds | U.S. Equity