The S&P 500 was up for the sixth straight day on Wednesday, but early indications are soft on Thursday morning. China continues to wrestle with debt issues related to the Evergrande Group, and that is impacting other property developers. Overseas markets were mostly lower overnight.

Weekly unemployment claims will be reported at 8.30 a.m. ET, but it is earnings that are the primary focus. IBM (IBM) is indicated down about 4.5% following its disappointing report, and that has some effect on the DJIA. Still, IBM has consistently disappointed the market with its earnings reports and is not viewed as having much overall market impact.

Tesla (TSLA)  posted good but not spectacular numbers and is currently down about 1% in early trading. The stock has moved up about 100 points over the last month, so it is not a big surprise to see some sell-the-news action there.

So far, about 80 of the S&P 500 stocks have reported earnings, and 81% have beat analyst estimates. Typically, about 75% are ahead of the numbers. The market has been moving up since the earnings have rolled in, so conditions are good for more positive responses as earnings season continues.

Stocks are somewhat extended after the run over the past week, and there is a little more choppiness and rotation taking place. The strong speculative action in bitcoin has helped trading sentiment and bodes well for small-caps as we enter the end of the year.

Seasonality is turning favorable, and that is generally even more positive for small-cap names. But seasonality is a tendency and not a certainty, so it is important to stay focused on the price action and watch for a shift in character as things evolve.

This chart, below, shows how strong the Russell 2000 ETF (IWM) has typically been at the end of the year on average over the past 20 years: 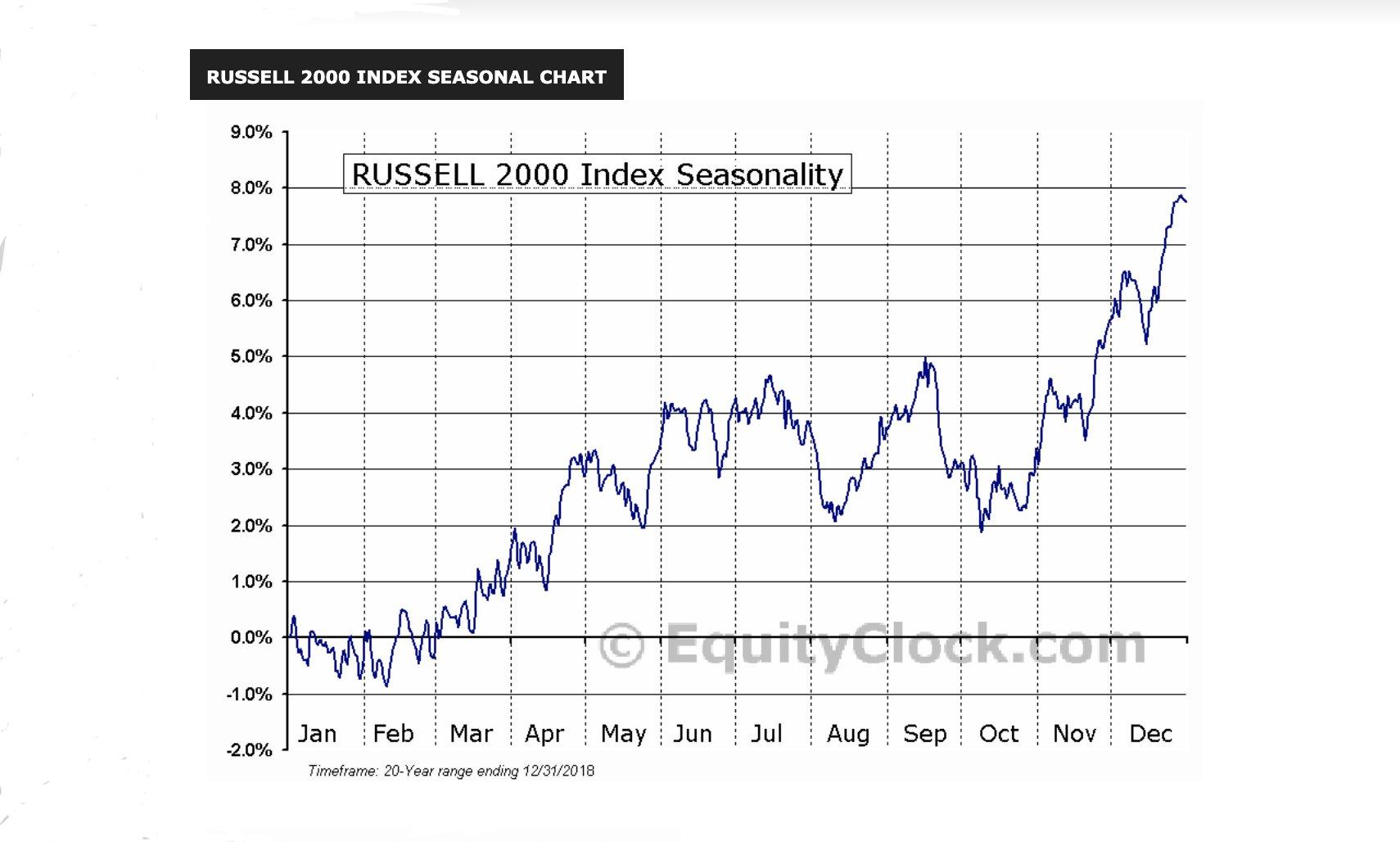 Conditions are never the same, but in view of the long base of support that IWM has formed combined with positive seasonality, I am optimistic about good trading into the end of the year.

We may be ready for some consolidation and profit-taking at this point, but I expect that stock pickers will be active and that dips will be viewed as buying opportunities.

Get an email alert each time I write an article for Real Money. Click the "+Follow" next to my byline to this article.
TAGS: Earnings | Futures | Indexes | Markets | Small Cap | Trading | U.S. Equity

Let's take a close look at the charts and indicators.