Zuora, Inc. (ZUO) : "They reported a good quarter. I think they're making a comeback," replied Jim Cramer to an inquisitive caller during the "Lightning Round" segment of Mad Money Tuesday night. The company enables any company to launch, manage, and transform into a subscription business.

Let's subscribe to a few charts to see what investors think of the stock.
In this daily bar chart of ZUO, below, we can see how prices have been "marching" higher from the mid-March low. Prices have been testing the declining 200-day moving average line in recent days.
ZUO is above the rising 50-day moving average line and we can see that the On-Balance-Volume (OBV) line is making a new high for the move up. A rising OBV line tells us that buyers of ZUO have been more aggressive than sellers.
The trend-following Moving Average Convergence Divergence (MACD) oscillator has been in positive territory from late April but it does not show a really strong performance.

In this weekly bar chart of ZUO, below, we can see that prices are in a longer-term downtrend. ZUO is testing the declining 40-week moving average line.
The weekly OBV line shows a long neutral trend but has been improving from early March.
The weekly MACD oscillator has crossed to the upside for a cover shorts buy signal. The previous two crossovers did not produce much of an advance.

In this Point and Figure chart of ZUO, below, we can see a potential upside price target in the $20-$21 area. 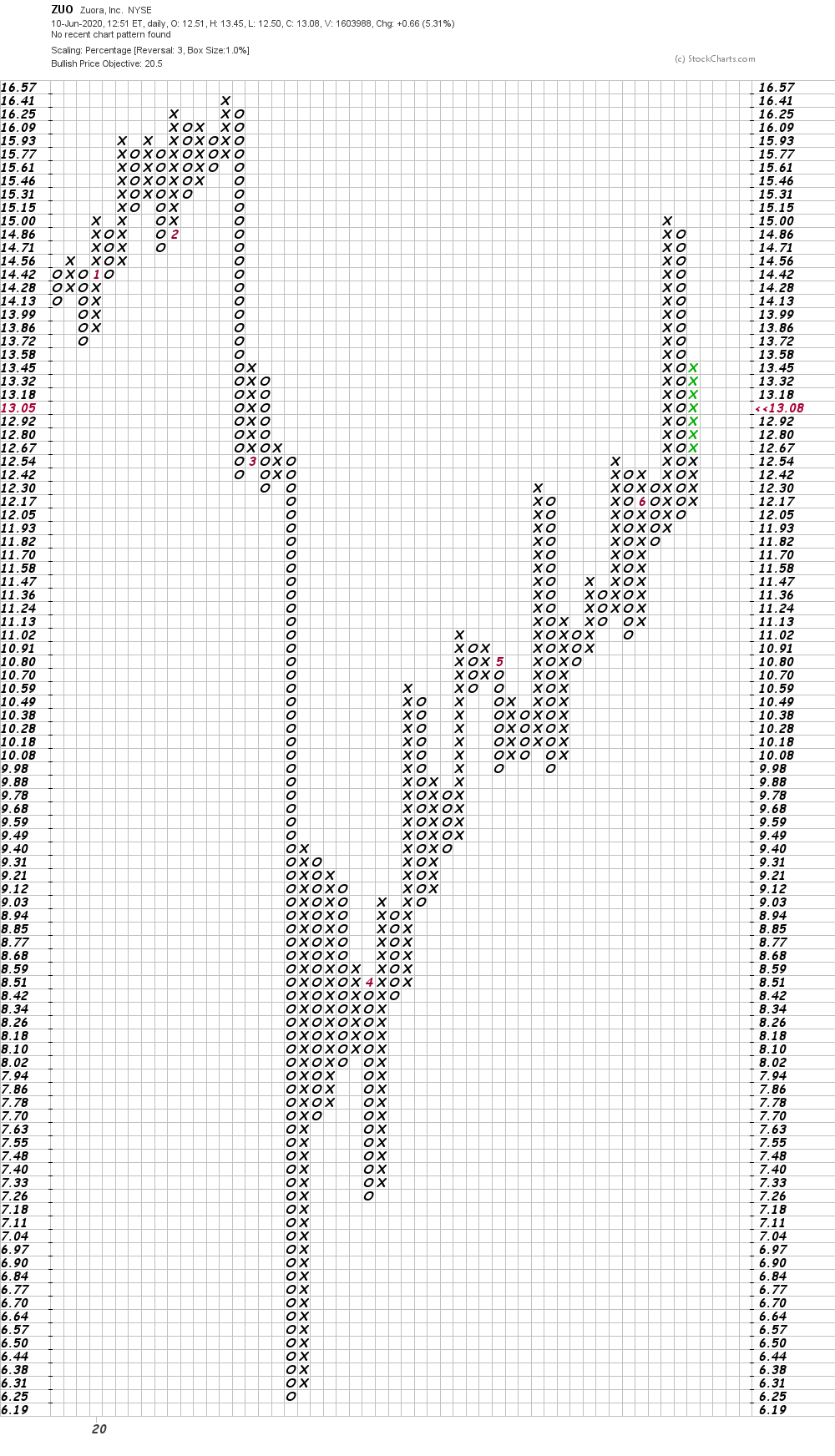 Bottom line strategy: Even though the Point and Figure chart shows a $20 price target, we can see a lot of chart resistance in the $14-$17 area. New longs need to risk a close below $11, but I am not recommending a trade because of all the overhead resistance.
Get an email alert each time I write an article for Real Money. Click the "+Follow" next to my byline to this article.
TAGS: Investing | Stocks | Technical Analysis | Trading | Software & Services | Technology | Mad Money