The stock price of Zillow Group (Z) is soaring higher today. Are we late to the station or can the rally extend further? Let's pay a visit to our favorite collection of charts and indicators.

In this daily bar chart of Z, below, we can see that the stock price took a number of body blows from June to November. Prices dove from around $65 down to the $30-$25 area with two downside price gaps along the way.

The daily OBV line is doing its part with a higher low in December and a subsequent rise.

In this weekly bar chart of Z, below, we can see that prices broke a two year uptrend with the decline that began last year. Key support zones were broken and these areas are likely to reverse roles and act as resistance during an advance.

The 40-week moving average line still has a bearish slope and the weekly OBV hardly shows any improvement, unlike the daily OBV line.

The weekly MACD oscillator gave a cover shorts buy signal in January but it is a long way below the zero line.

In this Point and Figure chart of Z, below, we can see today's strong advance. A potential upside price target of $59 is being indicated. 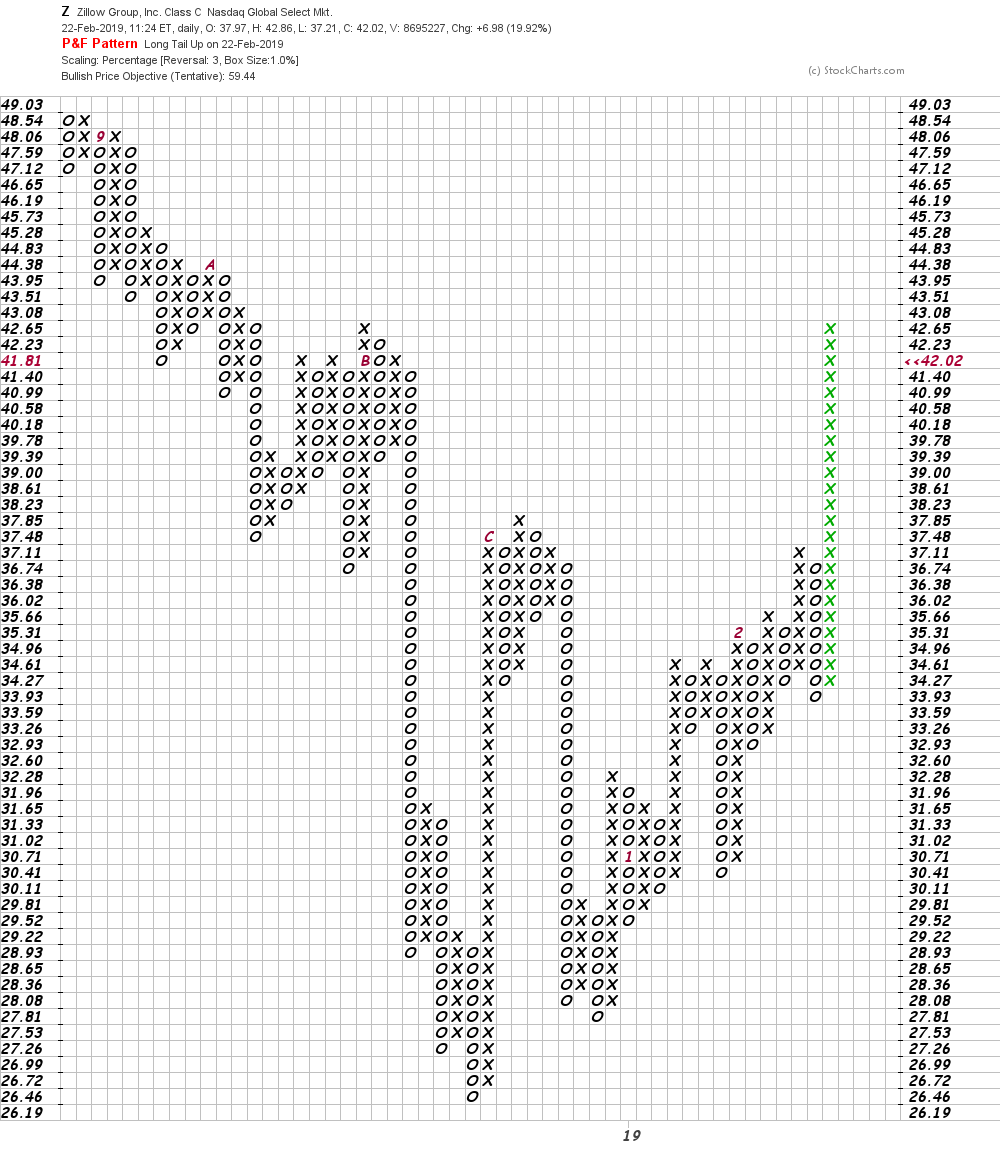 Bottom line strategy: Z could extend higher in the short-run but I am only seeing a relatively small base (from November). So despite a worthy Point and Figure target I think Z will trade sideways a bit longer before it is ready for a sustained move higher. If I am underestimating the strength of this current rally the issue is that you should probably risk a close below $35 if you want to buy it here. I will pass for now.

Get an email alert each time I write an article for Real Money. Click the "+Follow" next to my byline to this article.
TAGS: Investing | Stocks | Technical Analysis | Trading | E-Commerce