During the Lightning Round of Mad Money Tuesday night, Jim Cramer was asked about Yeti Holdings Inc. (YETI) : "I like Yeti very much," said Cramer. Let's check out the charts of this relatively new security.

In this daily bar chart of YETI, below, we only have price activity from late October. If you were a buyer of YETI in December when the broad market bottomed, you nearly saw your purchase triple by late April.

Prices stalled a little around the $24 area in February/March, which would be a double from the low. Prices have corrected about one third of the rally and are finding some support in the $24 area -- prior resistance.

The slope of the 50-day moving average line is bearish. The daily On-Balance-Volume (OBV) rose from December to May and has declined in the past five weeks, as sellers turned more aggressive. The OBV looks like it is recently stabilizing and a move higher would be positive. The Moving Average Convergence Divergence (MACD) oscillator is crossing to the upside from below the zero line. This is a cover-shorts buy signal.

In this Point and Figure chart of YETI, below, we see a small distribution pattern (selling) with a bearish downside price target of $14. The volume-by-price bars on the left scale suggest support at $23 and then the $18-$16 area. 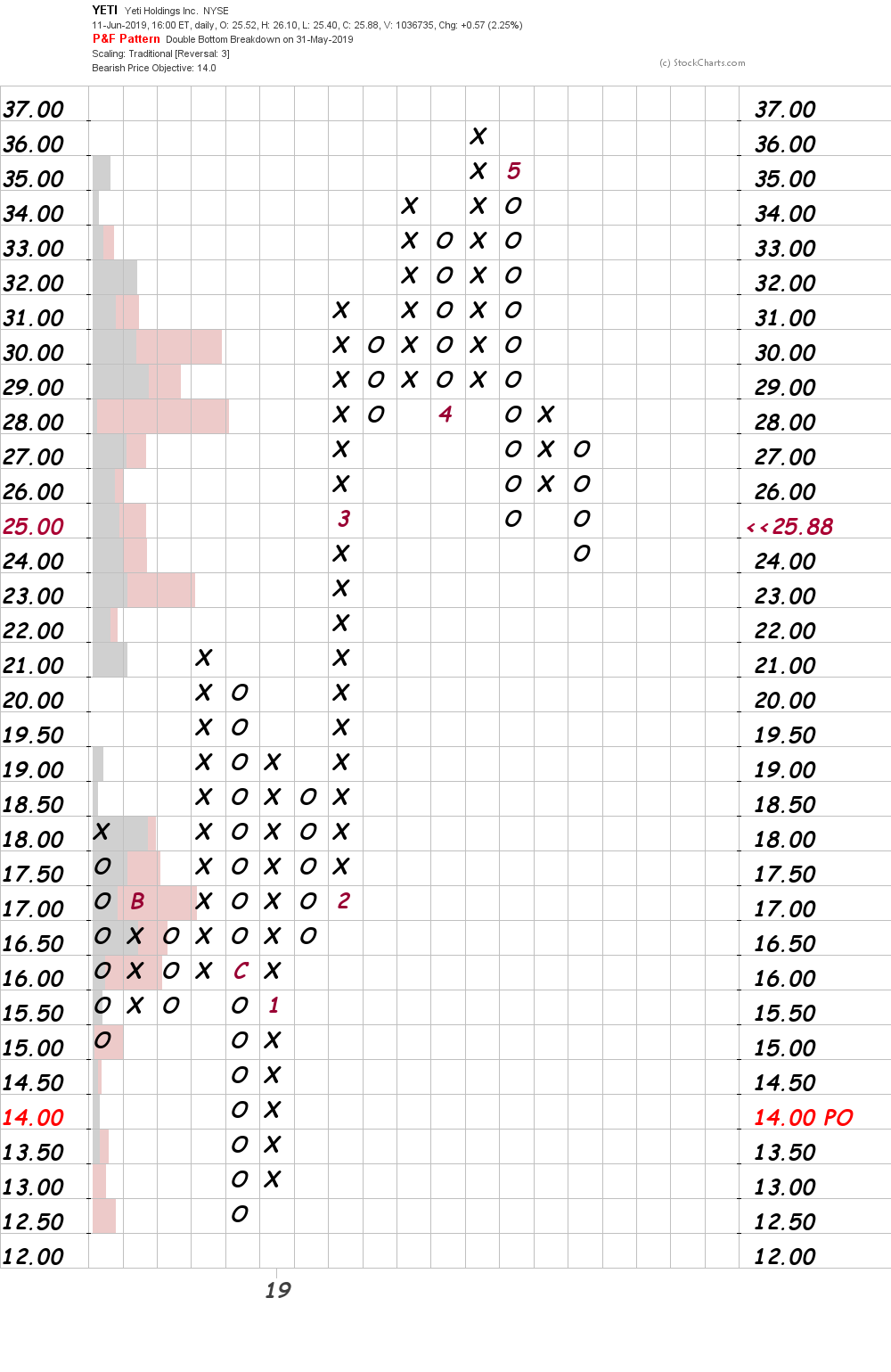 Bottom line strategy: YETI is in a downtrend right now from its late April/early May zenith. A pattern of higher highs and higher lows needs to develop for this chart to become bullish again.

Get an email alert each time I write an article for Real Money. Click the "+Follow" next to my byline to this article.
TAGS: Investing | Stocks | Technical Analysis | Retail | U.S. Equity