During Monday's Mad Money program on CNBC, Jim Cramer told his loyal viewers that when you are investing in red hot Initial Public Offerings (IPOs), you should be prepared for many of your gains to evaporate. But over the long term, you may still have picked some winners.

Cramer noted his November recommendation of Yeti Holdings  (YETI) , makers of high-end camping gear, saw a classic, post IPO decline. After recommending it at $17, the stock fell to lows near $12 before steadily climbing to over $24 now. Cramer said the stock trades for 19 times earnings and is growing revenues at 19%.

We do not have a lot of price history on Yeti, but let's look at the charts and indicators.

In this daily bar chart of YETI, below, we can see prices made about a three-month base from November to January in the $18-$12 a share area. An upside breakout from this base can be seen near the middle of February, with a price gap and turnover of more than 6 million shares.

YETI is trading above the rising 20-day moving average line and the rising 50-day line. A bullish cross of the 20-day and 50-day averages can be seen in the middle of January.

The daily On-Balance-Volume (OBV) line made a low in late December and has been moving higher since, telling us that buyers of YETI have been more aggressive.

The Moving Average Convergence Divergence (MACD) oscillator gave an outright buy signal in January when it crossed above the zero line. The oscillator has narrowed significantly, but it has not yet triggered a take profits sell signal.

In this Point and Figure chart of YETI, below, we can see an upside breakout at $22 and potential longer-term price target of $41. Not bad. 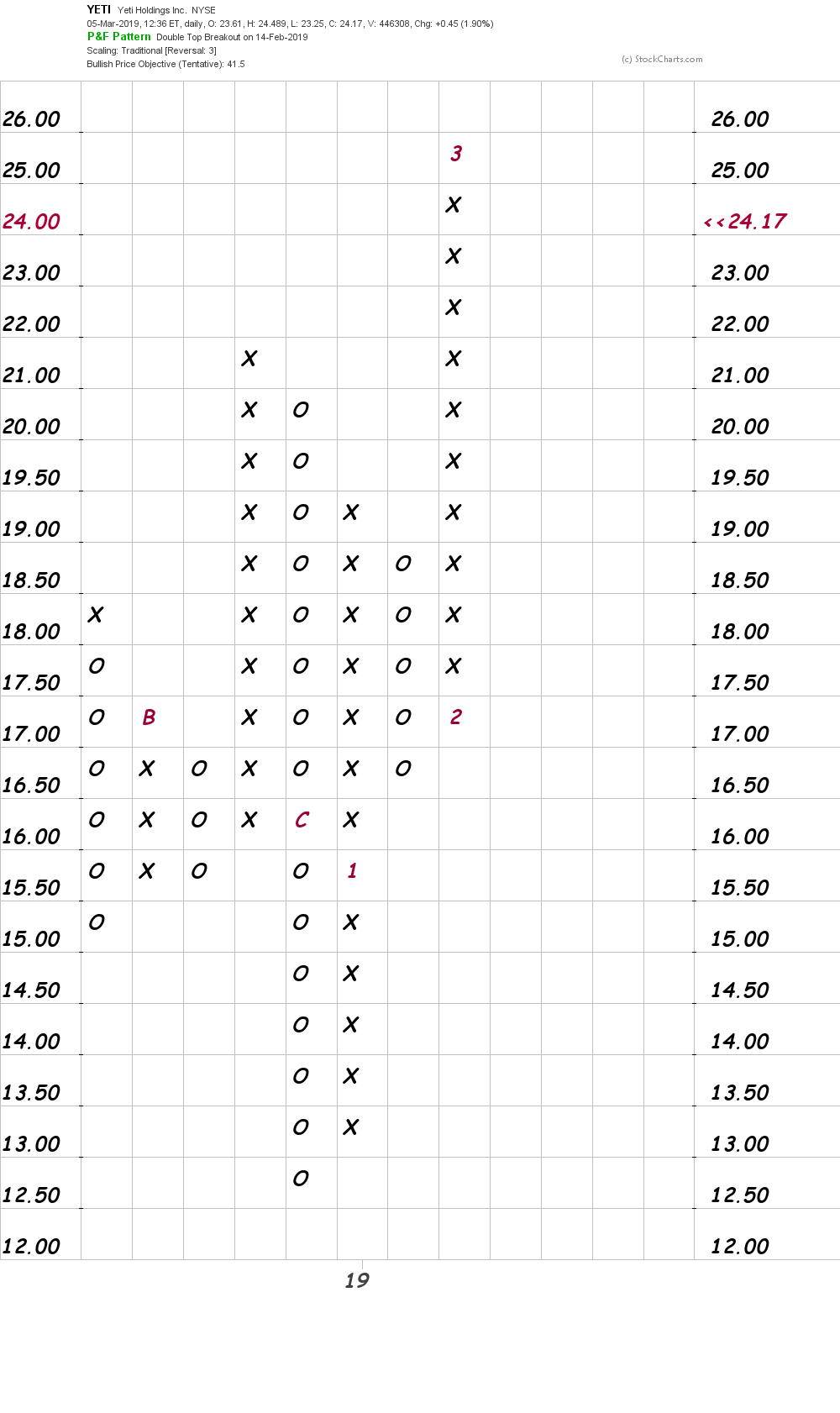 Bottom line strategy: YETI has been consolidating its recent gains in the short run, but it looks like longer-term gains to the $40 area are possible in the months ahead.

Get an email alert each time I write an article for Real Money. Click the "+Follow" next to my byline to this article.
TAGS: Investing | Stocks | Technical Analysis | Trading | Apparel | Consumer Discretionary