Workday (WDAY) was mentioned last night on Mad Money where host Jim Cramer said that investors need to see this stock stabilize before the cloud kings will be safe to buy.

Let's look at the charts and indicators to see if/when that may happen.

In this daily bar chart of WDAY, below, we can see a long, sideways consolidation from last March to November. Prices traded sideways around $130 before moving to the upside in late November. December was a weak period for the broad market but WDAY only pulled back to its breakout point.

The daily On-Balance-Volume (OBV) line shows a rise from July to now and this there was accumulation (buying) before prices broke out to the upside. The rising OBV line has been confirming the price gains.

In this weekly bar chart of WDAY, below, we can see that prices have more than doubled in the past three years.

WDAY is above the rising 40-week moving average line.

The weekly OBV line has been strong from October and the MACD oscillator is still bullish but correcting.

In this Point and Figure chart of WDAY, below, we get some clues not seen on our bar charts.

We can see some modest chart resistance up around $187 and some strong support suggested in the $166-$160 area below. A trade at $175.22 would be a new low for the move down and can weaken the picture. There is a $153 price target but I don't think the picture is that bearish. 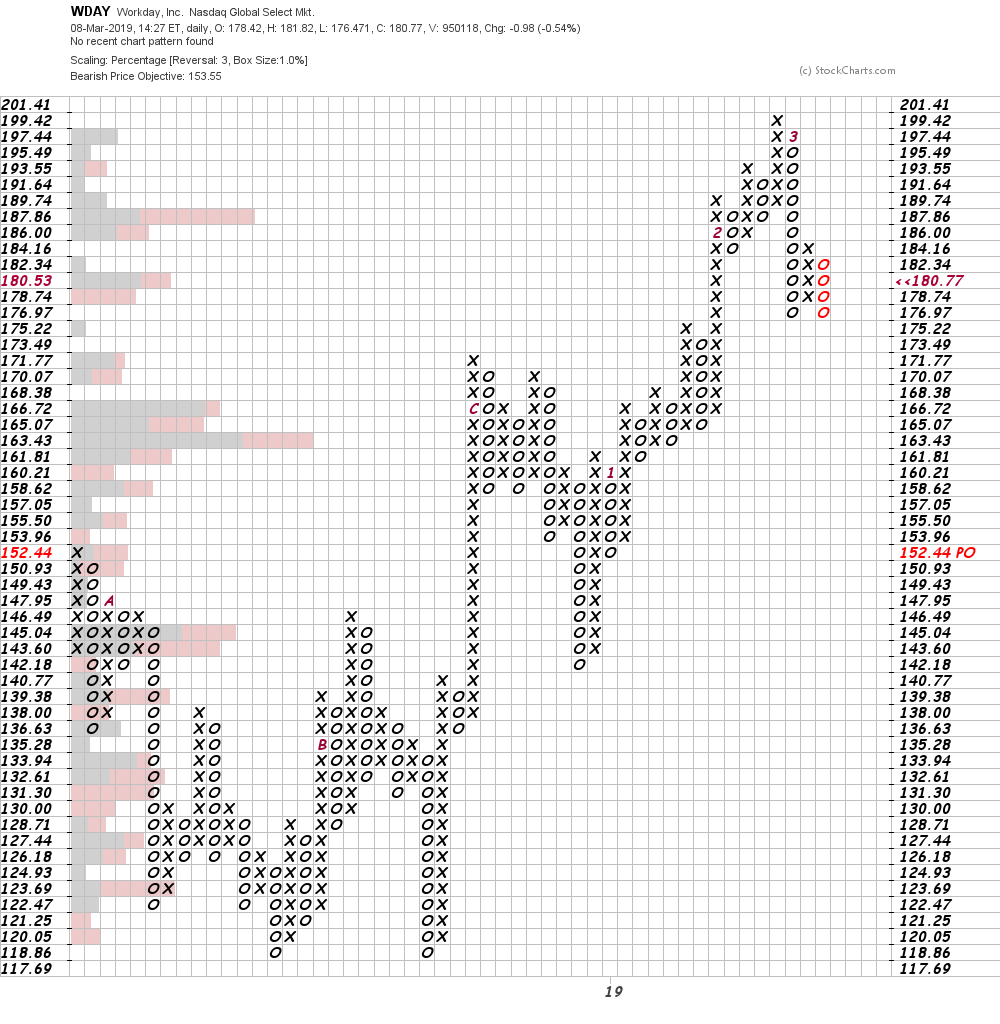 Bottom line strategy: Every chart and indicator can add something to the analysis - some positive and some negative. Currently I do not think that WDAY has seen its peak but some sideways price action is possible before another move higher is attempted.

Get an email alert each time I write an article for Real Money. Click the "+Follow" next to my byline to this article.
TAGS: Investing | Stocks | Technical Analysis | Trading | Software & Services | Technology