HP (HPQ)  was trading higher in early market activity Thursday as the investing world reacts to Warren Buffett's Berkshire Hathaway (BRK.A) (BRK.B) taking an 11.4% stake in the company. Prices have been stuck in a sideways trading range since late November. Will this latest news tip the scales in favor of further gains? Let's check on the charts and indicators.

In this daily bar chart of HPQ, below, we can see a less than bullish picture. Prices declined to an October low and then rallied into December. HPQ has been stuck in a $33 to $40 trading range the past four months. Prices have traded around the 50-day moving average line but have stayed above the rising 200-day line. The trading volume shows some increase in December and March but not a steady rise.
The math-driven On-Balance-Volume (OBV) line shows a decline from December to early March telling us that sellers of HPQ were more aggressive. Maybe Buffett's traders used this period of weakness to buy what they wanted on the bid side without tipping their hand.
The Moving Average Convergence Divergence (MACD) oscillator is slightly above the zero line and needs to be watched closer.

In this weekly Japanese candlestick chart of HPQ, below, we can see some upper shadows in the $38 area. A strong close and a long white real body would refresh the uptrend if it happened. The 40-week moving average line has a positive trend.
The OBV line shows a long-term rise with a small dip in March. The MACD oscillator has been pointed lower this calendar year and shows a bearish divergence as it made a lower high when prices made a higher high.

In this daily Point and Figure chart of HPQ, below, we can see a potential upside price target in the $54 area. A trade at $41 is needed to refresh the uptrend. 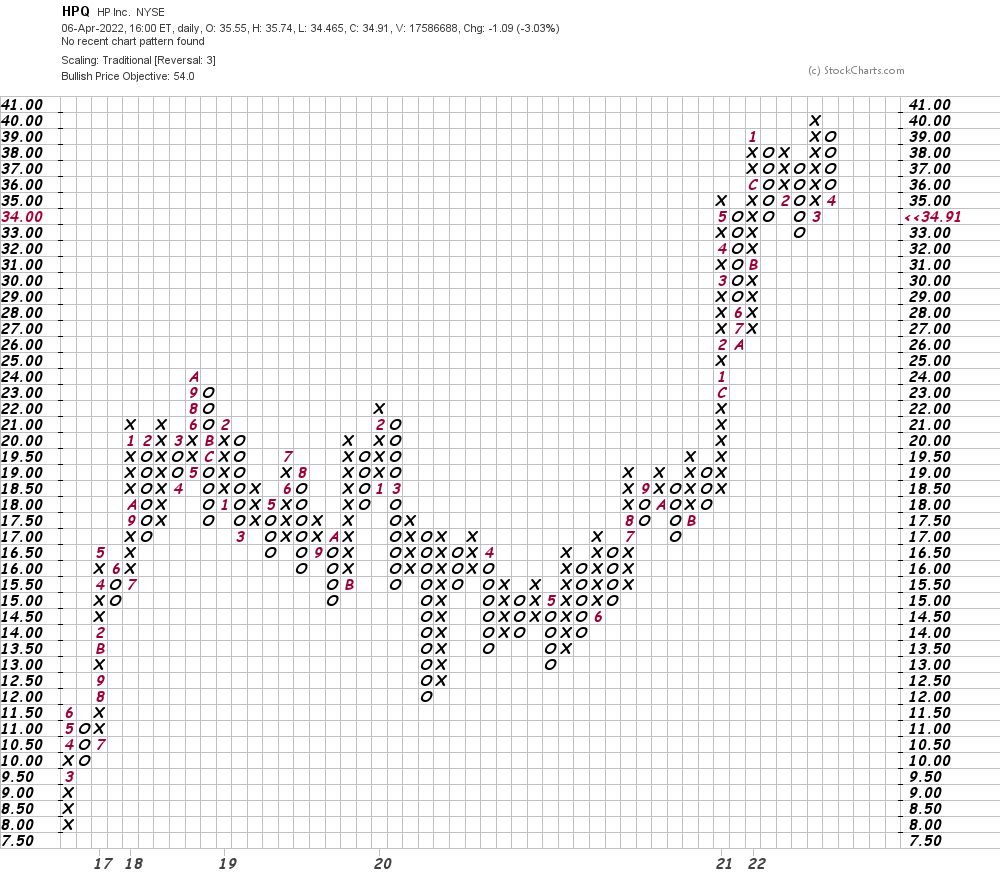 In this second Point and Figure chart of HPQ, below, we used weekly price data. Here the chart shows the same $54 price target. 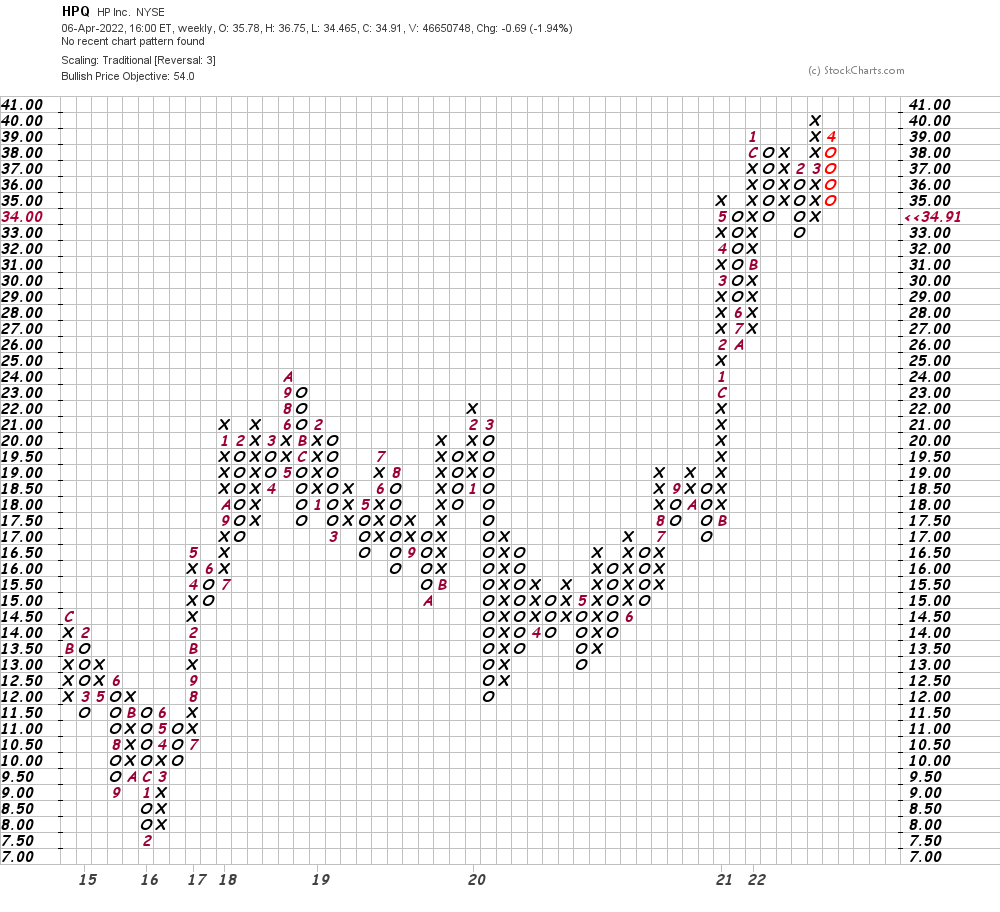 Bottom line strategy: I have looked at many stock charts after announcements by Berkshire Hathaway and I am amazed at how skillful their traders are in building a position without telegraphing it. Carl Icahn also does a great job in keeping his large purchases quiet. Buffett's long-term investing prowess is legendary but for now I would not be a buyer of HPQ as the broad market is likely to remain weak for several more months. Mr. Buffett has more patience than I do.
Get an email alert each time I write an article for Real Money. Click the "+Follow" next to my byline to this article.
TAGS: Stocks | Technical Analysis | Trading | Asset Manager | Software & Services | Investing | Technology Hardware & Equipment | Warren Buffett