In his first "Executive Decision" segment of Mad Money Tuesday evening, Jim Cramer spoke with Kevin Johnson, president and CEO of Starbucks (SBUX) , to learn more about the unionization efforts at some of its Buffalo, NY locations.

Johnson explained that Starbucks has always put people over process and they respect the union process. He explained that workers at three locations have petitioned to organize. Starbucks had argued that since 45% of their workers often trade shifts in all 20 Buffalo locations, workers at all 20 of those locations should be a part of the union vote. That argument was shot down, however, which allows for a vote at three stores.

On Tuesday, Starbucks' bid to stop a union vote count scheduled for Wednesday in Buffalo was rejected by the National Labor Relations Board, allowing eligible employees in the area to go ahead with the vote.

Johnson told Cramer that most Starbucks employees are happy with their compensation and respect the company's culture and heritage. The company has also made strides in pay, working conditions, continuing education, training and more, he added.

Cramer said "things have changed" here in America, but he, too, respects the union process. Let's check and see if anything is brewing with the charts and indicators.

In this daily bar chart of SBUX, below, we can see that prices have made very little upside progress in the past 12 months. There is a modest advance from late January to late July but then prices weaken into late October. SBUX is trading just above the 50-day and 200-day moving averages but their slopes are neutral.

The On-Balance-Volume (OBV) line has generally moved up and down with the price action. The OBV line does show some improvement from early November.

The Moving Average Convergence Divergence (MACD) oscillator looks like it can soon move above the zero line for an outright buy signal.

In this weekly Japanese candlestick chart of SBUX, below, we see a mixed chart picture. Prices made a good rally from early 2020 but they have weakened the past four months or so.

The 40-week moving average line does not show a positive slope and the weekly OBV line shows a long decline from 2019.

In this daily Point and Figure chart of SUBX, below, we can see a modest upside price target in the $132 area. 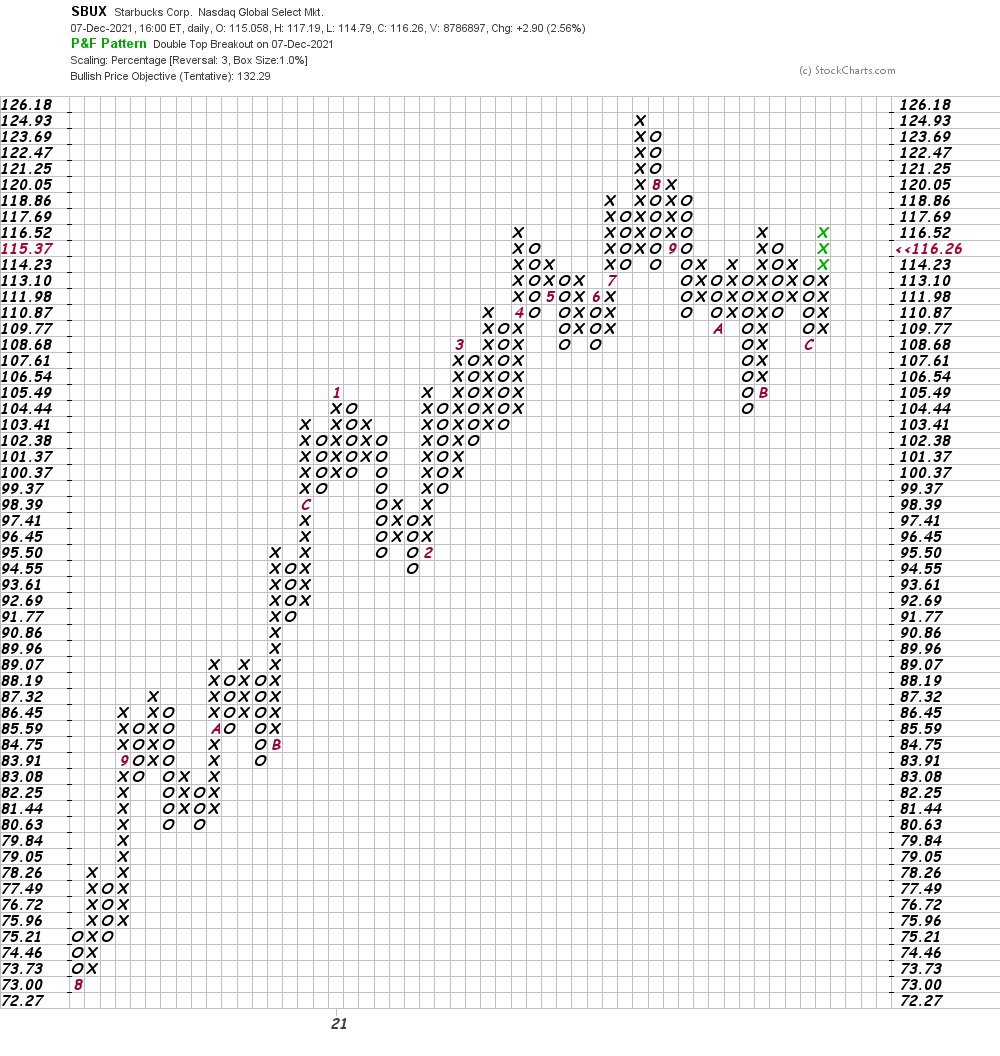 In this weekly Point and Figure chart of SBUX, below, we can see a possible $141 price target. 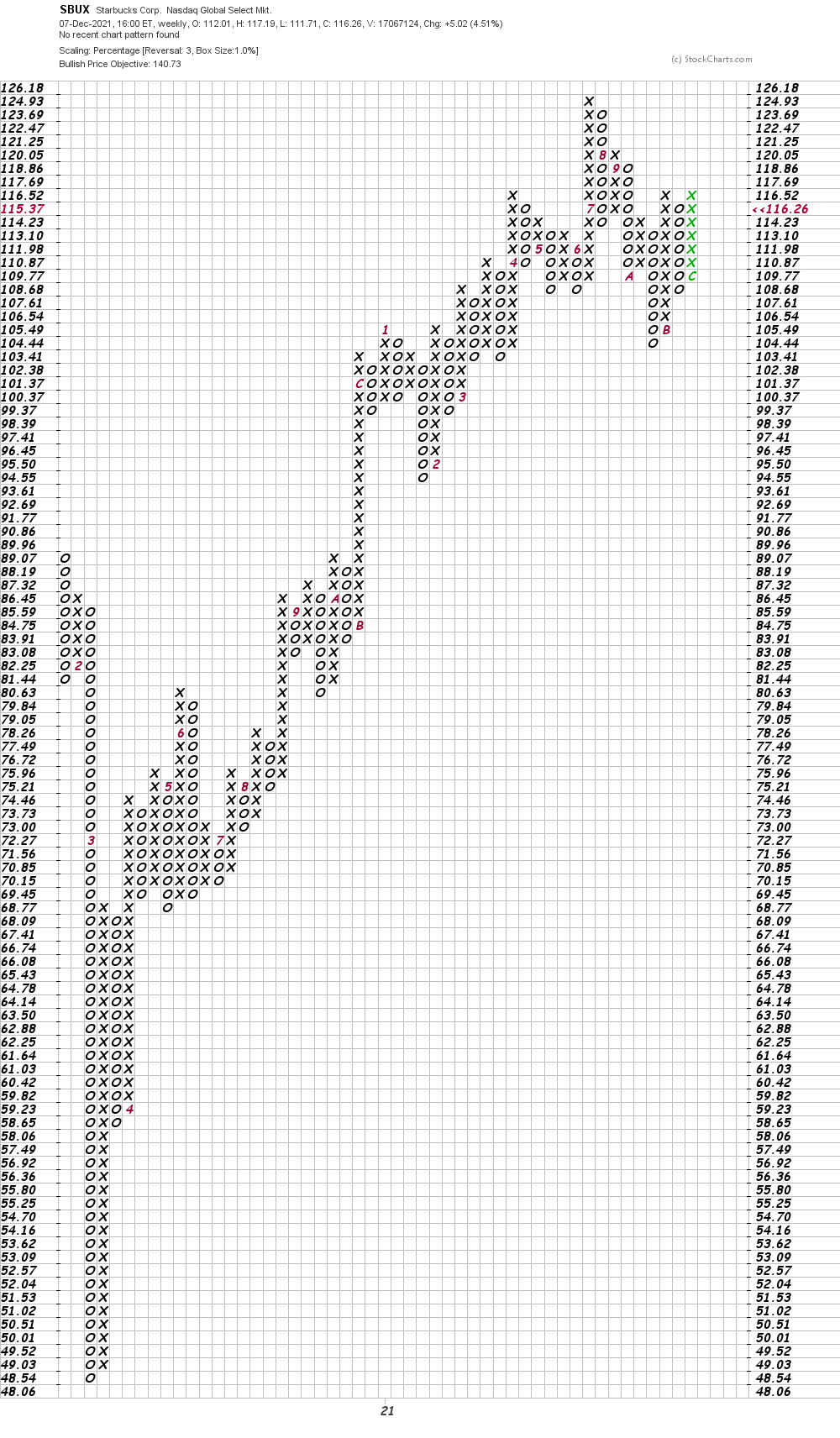 Bottom line strategy: Over my working career I have been a member of a number of unions from the Teamsters to the CWA. SBUX probably has bigger problems than the unionization of some of their employees. Cost pressures from higher prices for coffee beans, milk, sugar, etc., and pressure to have new locations with drive up windows, and more. The charts and possible price targets are "just okay", so I am in no particular rush to recommend purchase.

(Starbucks is a holding in the Action Alerts PLUS member club. Want to be alerted before AAP buys or sells SBUX? Learn more now.)

Get an email alert each time I write an article for Real Money. Click the "+Follow" next to my byline to this article.
TAGS: Technical Analysis | Trading | Food & Drink | Retail | Mad Money | Executive Interview | Consumer Discretionary | Investing | Stocks