Western Digital Corp. (WDC) suffered a steep decline this year but some light at the end of the tunnel has emerged on the charts. Let's check them out.

In this daily bar chart of WDC, below, it would be hard to miss the big decline from March to the end of October where prices fell from around $105 to near $40 which sounds like a 2/3 retracement on the back of an envelope. Prices are below the 50-day moving average line and the bearish 200-day line. The daily On-Balance-Volume (OBV) line peaks in May and declines to the end of October. Prices have been weak the past month but the OBV line is holding up a bit. In the lower panel is a bullish divergence between higher momentum lows from October to December versus equal lows in price. This divergence is small but after such a long decline it could be just enough to spark a rebound.

In this weekly bar chart of WDC, below, we can see that prices have made a "round trip" from 2016. Prices are back in an old support zone from early 2016. The weekly OBV line has declined the past year and it may be stabilizing now. The weekly Moving Average Convergence Divergence (MACD) oscillator is below the zero line in bear territory but it has narrowed and is close to a cover shorts buy signal.

In this Point and Figure chart of WDC, below, we can see an upside price target of $61. It is not new highs, but it is a start. 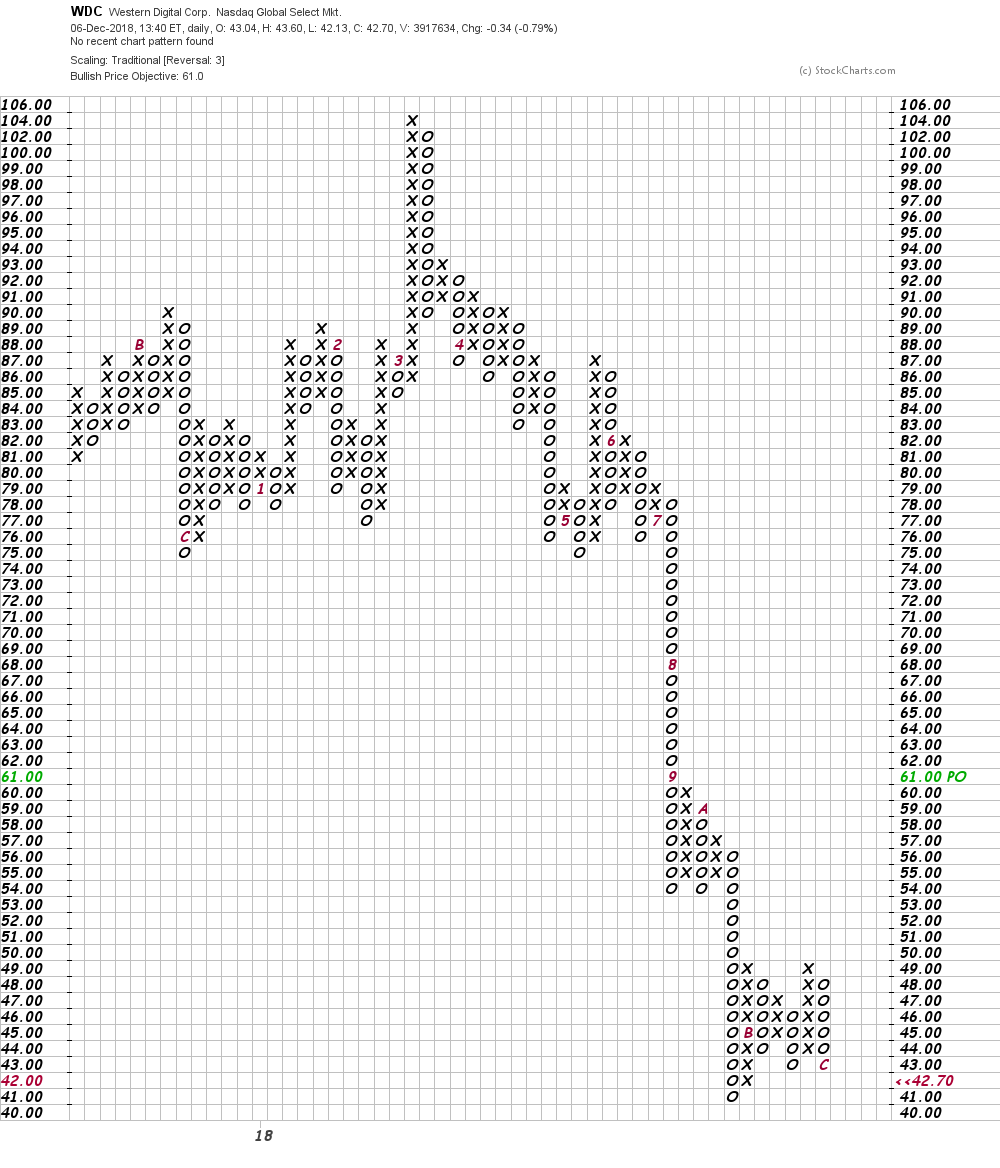 Bottom line strategy: Normally I like to buy stocks that are poised to make new highs but WDC looks "washed out" enough with some improving indicators that aggressive traders could go long here risking a close below $38 looking for gains in the low $60's.

Get an email alert each time I write an article for Real Money. Click the "+Follow" next to my byline to this article.
TAGS: Investing | Semiconductors & Semiconductor Equipment | Technology