The second, more speculative way to play hydrogen is with Plug Power ( PLUG) . Cramer said this company has been making hydrogen-powered forklifts for 20 years. The company's products charge significantly faster than their all-electric counterparts and are already in use at major warehouse facilities worldwide. Cramer said Plug Power is more risky than Linde ( LIN) , which is why it should only be bought on a pullback.

Let's check out the charts of PLUG.

In this daily Japanese candlestick chart of PLUG, below, we can see that prices have rallied strongly from a base down around $4. Two lengthy corrections can be seen - the entire month of July and from the middle of August through most of September. Prices are above the rising 50-day moving average line as well as the rising 200-day line.
Trading volume shows a decline from late June but the On-Balance-Volume (OBV) line shows a rise over the past six months.
The Moving Average Convergence Divergence (MACD) oscillator turned higher at the end of September for a fresh outright buy signal.

In this weekly Japanese candlestick chart of PLUG, below, we see a bullish picture. Prices are in an uptrend above the rising 40-week moving average line. The middle of last week's strong white candlestick is likely to act as support.
The weekly OBV line just made a new high for the move up to confirm the price gains. The MACD oscillator is in a bullish alignment above the zero line.

In this daily Point and Figure chart of PLUG, below, we can see a potential price target in the $34-$35 area. 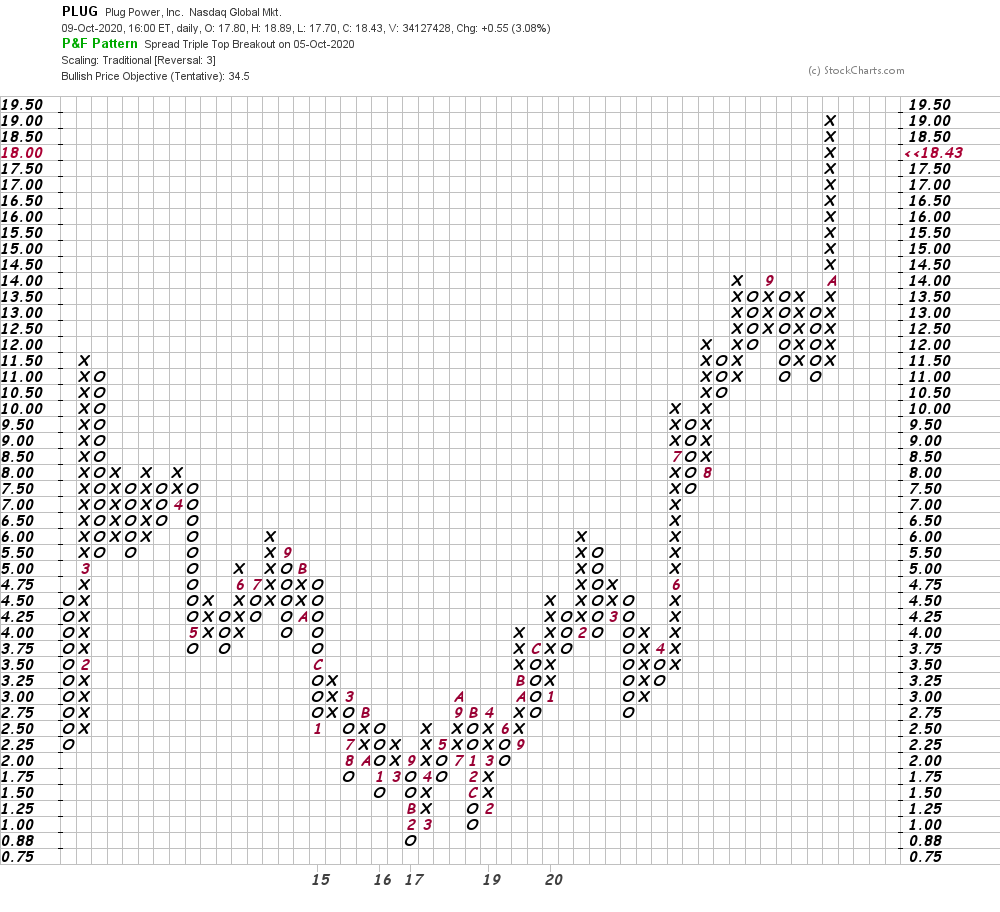 In this weekly Point and Figure chart of PLUG, below, we can see a much less ambitious price target of $22.75. 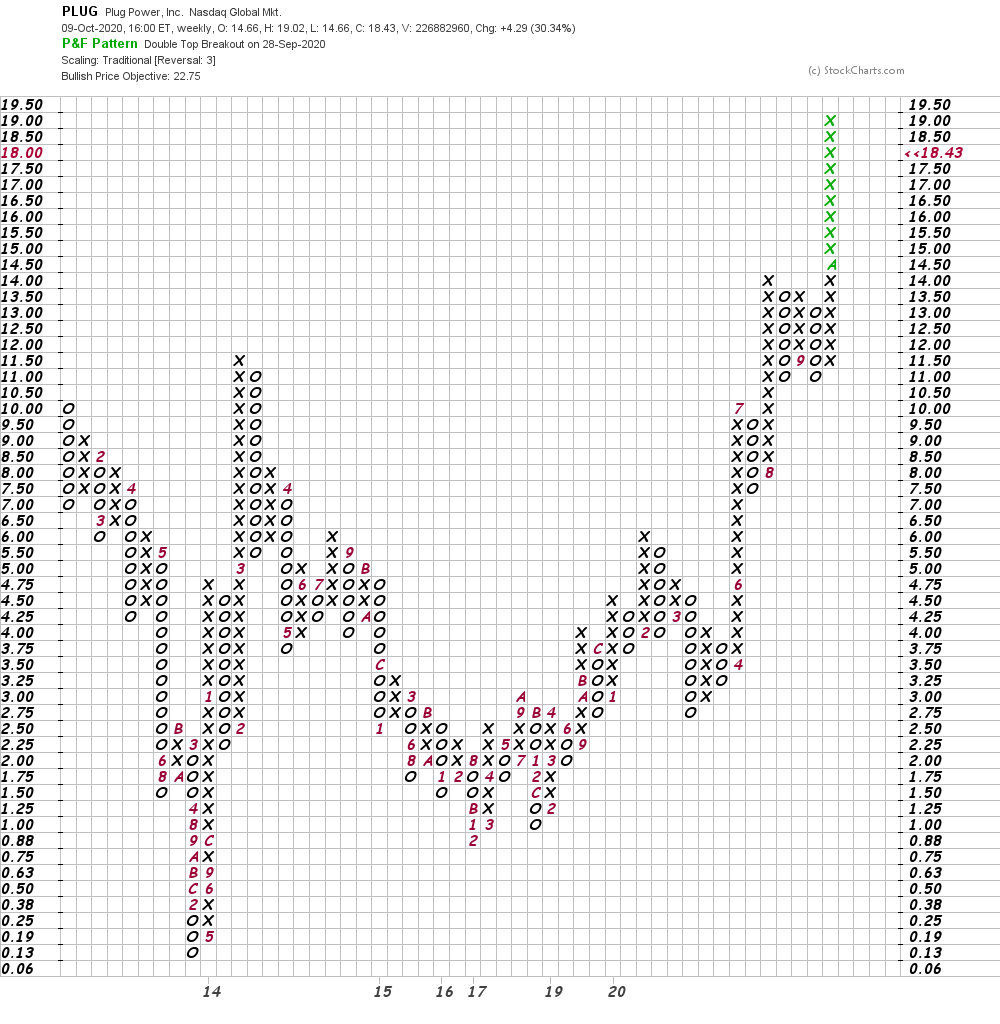 Bottom line strategy: The price of PLUG is up nearly four fold in a little more than four months. Traders looking to go long PLUG should exercise patience and wait for another period of consolidation. This could be a sideways period of action or it could be a pullback/decline.
Get an email alert each time I write an article for Real Money. Click the "+Follow" next to my byline to this article.
TAGS: Investing | Stocks | Technical Analysis | Trading | Industrials | Mad Money