During Wednesday's "Mad Money" program, host Jim Cramer was bullish on Walt Disney Co. (DIS) , both for the return of travel and the success of Disney+. Let's check out the charts.

In this updated daily Japanese candlestick chart of DIS, below, we can see that prices have more than doubled from their March nadir. Looking closer we see an upside price gap in December, but prices have traded sideways since the gap and have been finding support around $170.
DIS is trading above the rising 50-day moving average line and above the rising 200-day line. The On-Balance-Volume (OBV) line shows a rise from May, which is positive but the Moving Average Convergence Divergence (MACD) has been weakening since the middle of November.

In this weekly Japanese candlestick chart of DIS, below, we can see a possible A-B move or measured move from March to December. The first leg or the A move was from March to August followed by a correction. The B or second leg is from October to late December. The distance traveled in A is roughly equal to the distance traveled in B. Prices have been consolidating the past two months but the OBV line has weakened and the MACD oscillator has narrowed.

In this daily Point and Figure chart of DIS, below, we can see a downside price target of around $162. This is not a big decline in the scheme of things, but it would mean that the support around $170 is broken. 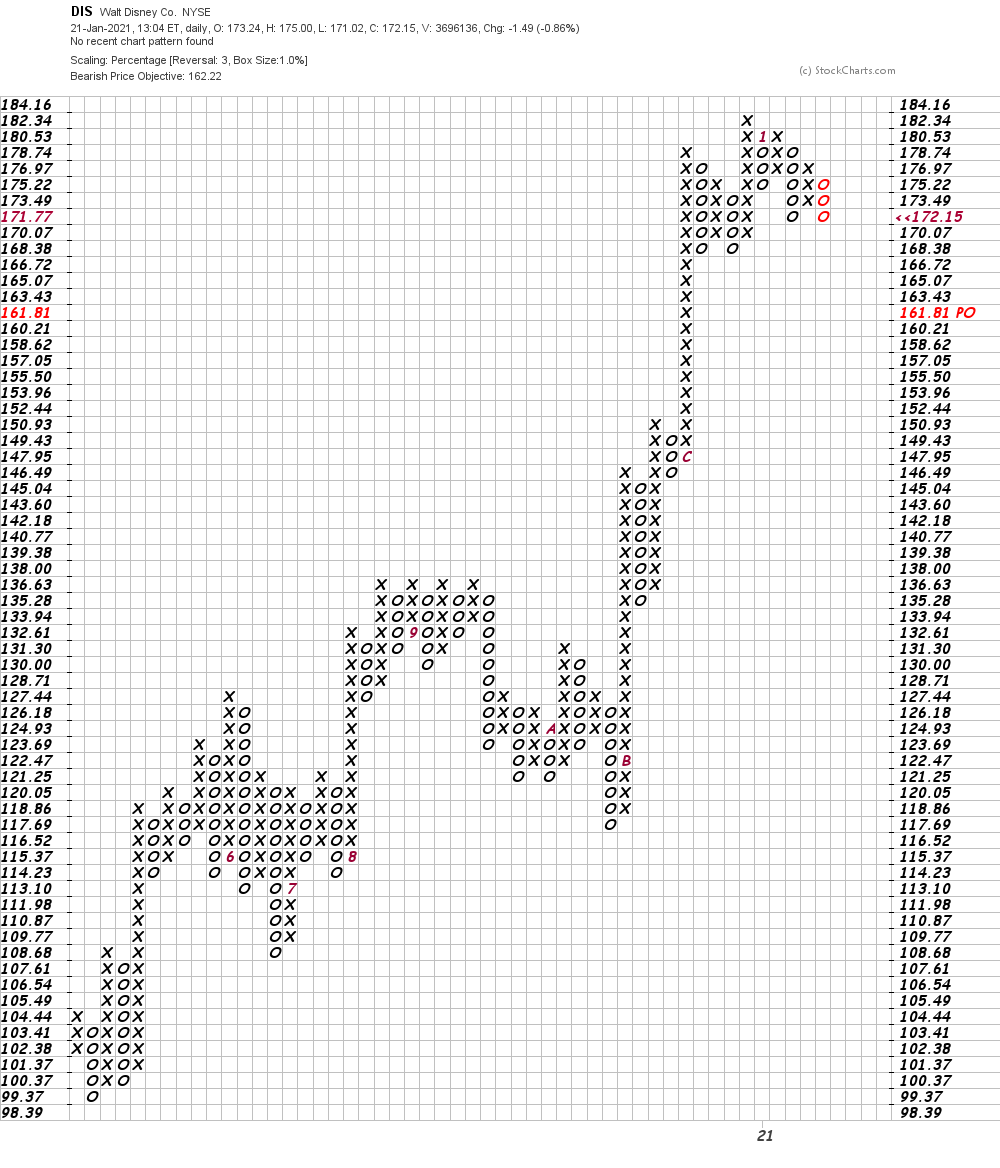 In this weekly Point and Figure chart of DIS, below, we can see a potential upside price target in the $204 area. 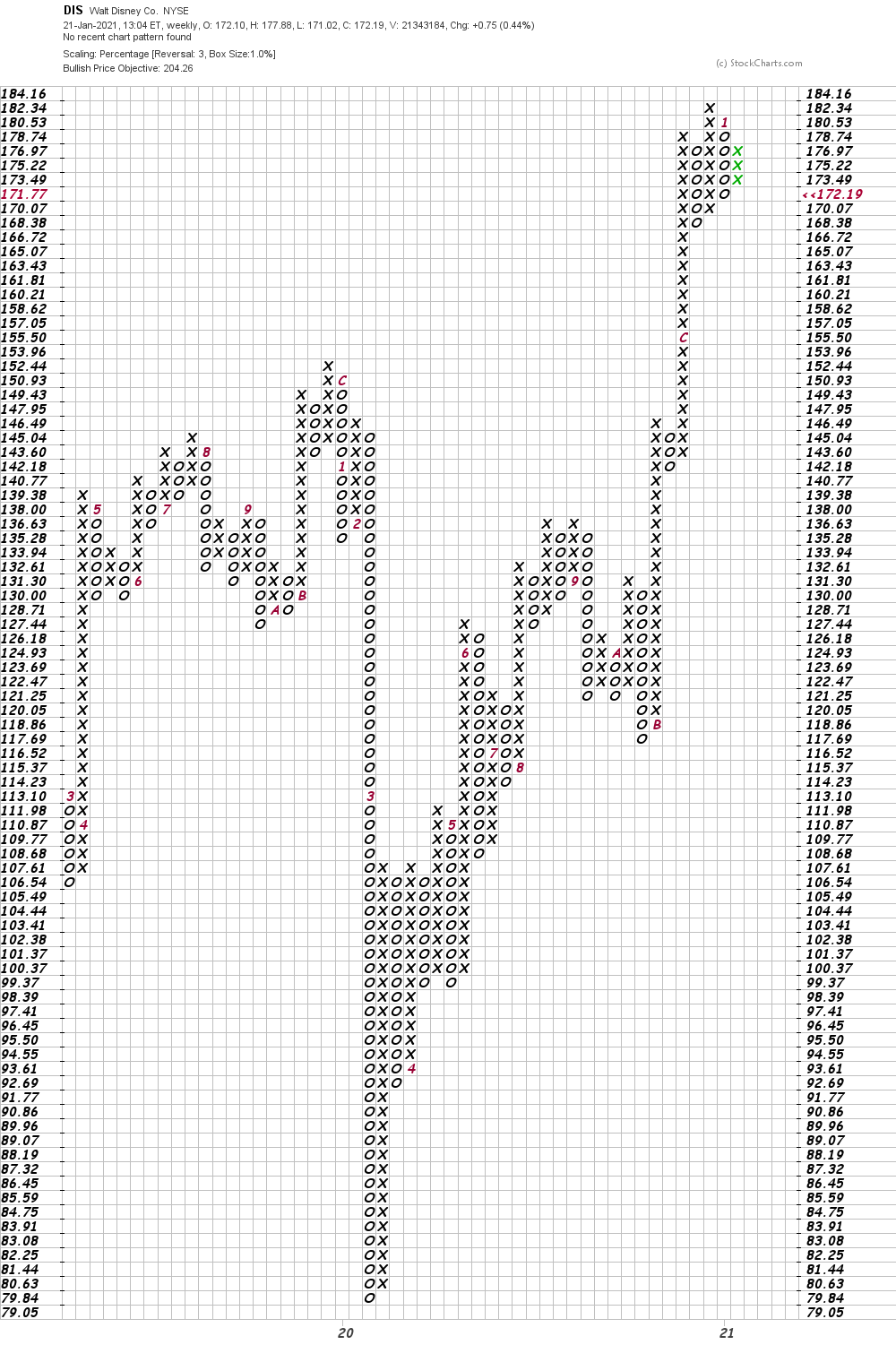 Bottom line strategy: We have the tale of two Point and Figure charts: DIS might suffer a pullback to $162 or lower in the next several weeks but longer-term a rally above $200 is possible. Stay nimble.
Get an email alert each time I write an article for Real Money. Click the "+Follow" next to my byline to this article.
TAGS: Investing | Technical Analysis | Resorts and Hotels | Mad Money