Costa said that Eastman has been transforming itself into an environmental technology leader. The company now has plastic recycling agreements with 20 top consumer brands including Estee Lauder (EL) and Procter & Gamble (PG) .

Most plastics today are mechanically recycled, Costa explained. That means the plastics are chopped up, melted and turned into other plastic products, often of lesser quality. But with Eastman's molecular recycling technology, chemistry is used to unwind the plastic molecules and rebuild them into exactly the same caliber of plastic as the original.

Eastman can turn the 70% of plastics that aren't recycled into a circular economy that represents a lot of opportunities. Costa said people need to understand that while glass and aluminum is more recyclable than plastic, it takes a lot more energy to produce and recycle. Using Eastman's technology, plastic can now be used and reused with less impact to our environment.

Let's check out the charts of EMN.

The On-Balance-Volume (OBV) line shows a decline from early June to now, which tells us that sellers of EMN have been more aggressive. The OBV line is making a slightly higher low in August -- and that could be the beginning of more aggressive buying.

In this weekly Japanese candlestick chart of EMN, below, we see a mixed picture. Prices are in a longer-term uptrend and have more than tripled from the March 2020 pandemic low. EMN has been testing the rising 40-week moving average line for a couple weeks, and that could continue a bit longer. The OBV line is positive and pointed up. The MACD oscillator is pointed down but narrowing.

In this daily Point and Figure chart of EMN, below, we can see that the software is projecting an upside price target in the $129 area. Shy of a new high. 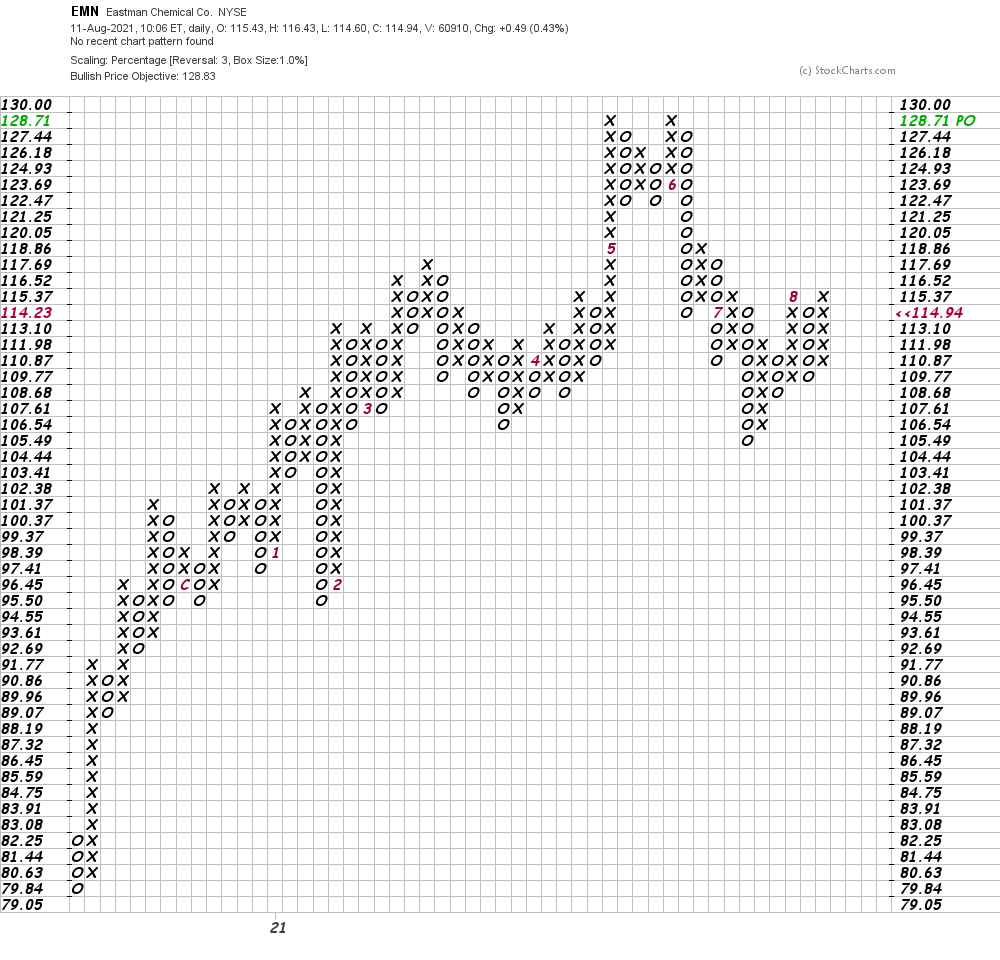 In this weekly Point and Figure chart of EMN, below, we used close-only price data. Here we can see that prices have reached an upside price target. 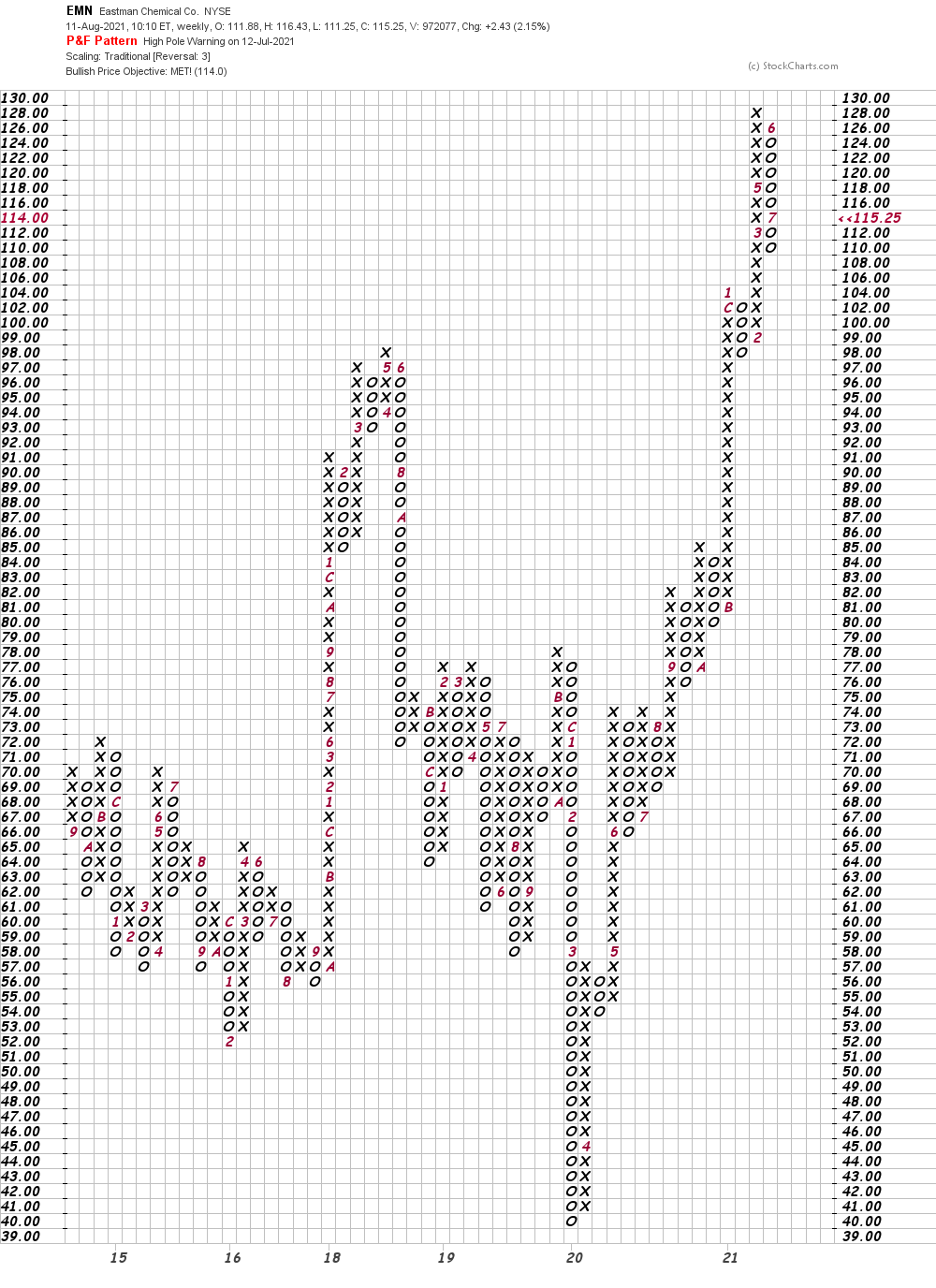 Bottom line strategy: I favor the long side of EMN but I would like to see signs of more aggressive buying via a rising OBV line before a formal buy recommendation.

Get an email alert each time I write an article for Real Money. Click the "+Follow" next to my byline to this article.
TAGS: Investing | Technical Analysis | Chemicals | Materials | Mad Money | Executive Interview