Poonen said there are three big trends at VMware. The first is bringing artificial intelligence to the masses using new technologies and chips from Nvidia (NVDA) . The second trend is cybersecurity for the data center. And the third is multi-cloud technologies that bridge the gap between public and private clouds from all the major providers.

When asked about cybersecurity, Poonen said VMware has partnered with companies like Zscaler (ZS) and Okta (OKTA) to protect workloads in the data center and also to protect employees who are now working from home. He said they aim to make cybersecurity "Sesame Street simple" for companies of all sizes.

VMware is also active in the 5G wireless transition. Poonen said VMware's software is powering core and radio networks for telcos like Vodafone and they are looking to expand into the other 300 telco providers around the globe.

Let's check out the charts and technical indicators.
In this daily bar chart of VMW, below, we can see that prices have been in an equilateral triangle formation since early June. It looks like prices began an upside breakout from the chart formation but trading volume has not expanded which is a potential warning sign.
The On-Balance-Volume (OBV) line has turned up from the middle of September but it has not broken out above its June peak.
The Moving Average Convergence Divergence (MACD) oscillator hugged the zero line in July, August and September, and only recently turned higher.

In this weekly bar chart of VMW, below, we can see some slight improvement. Prices are trading above the bottoming 40-week moving average line.
The weekly OBV line shows a little improvement in September and the MACD oscillator is trying to cross above the zero line.

In this daily Point and Figure chart of VMW, below, we can see a minor upside price target of $168. 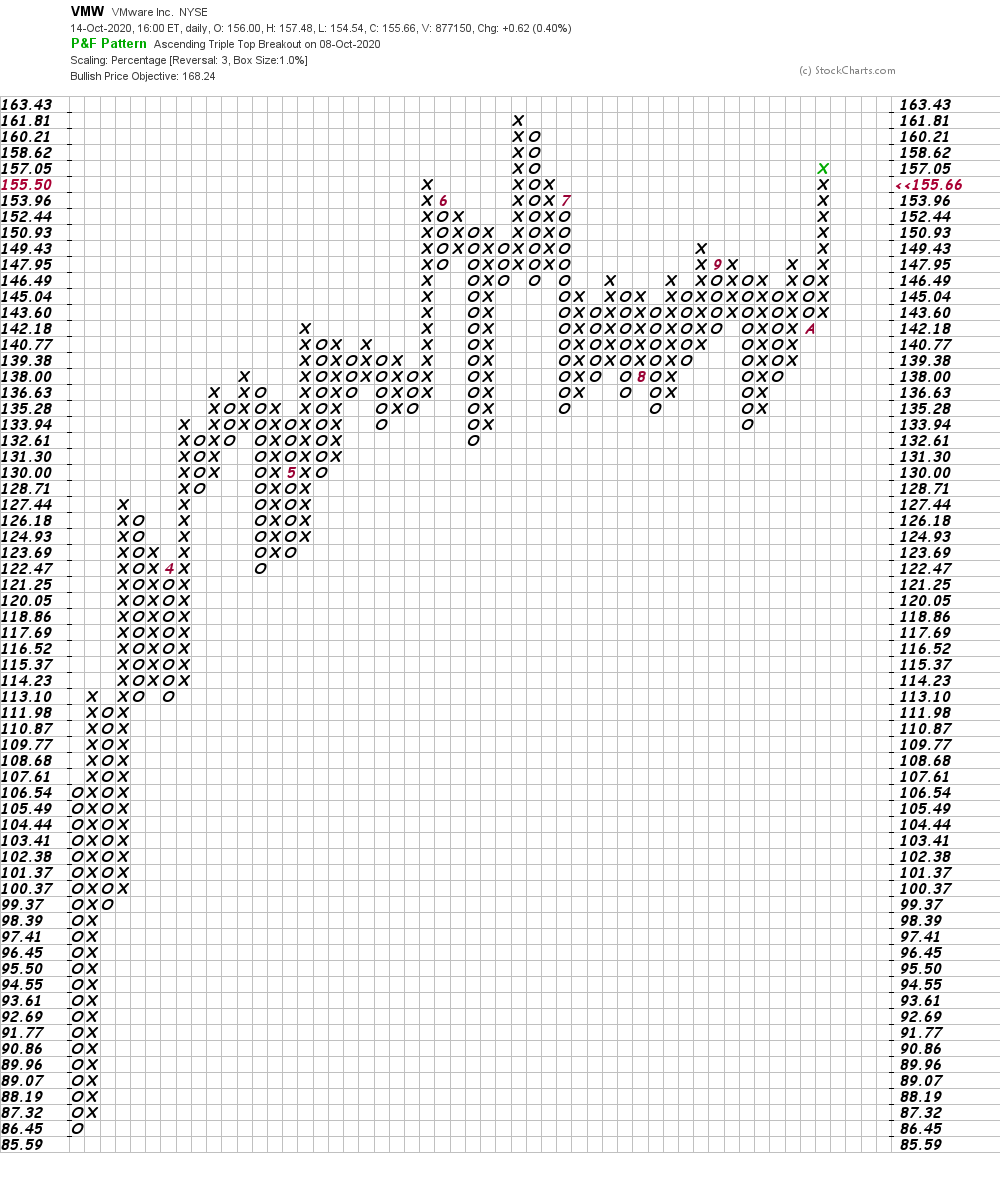 In this weekly Point and Figure chart of VMW, below, we can see a higher price target in the $196 area. 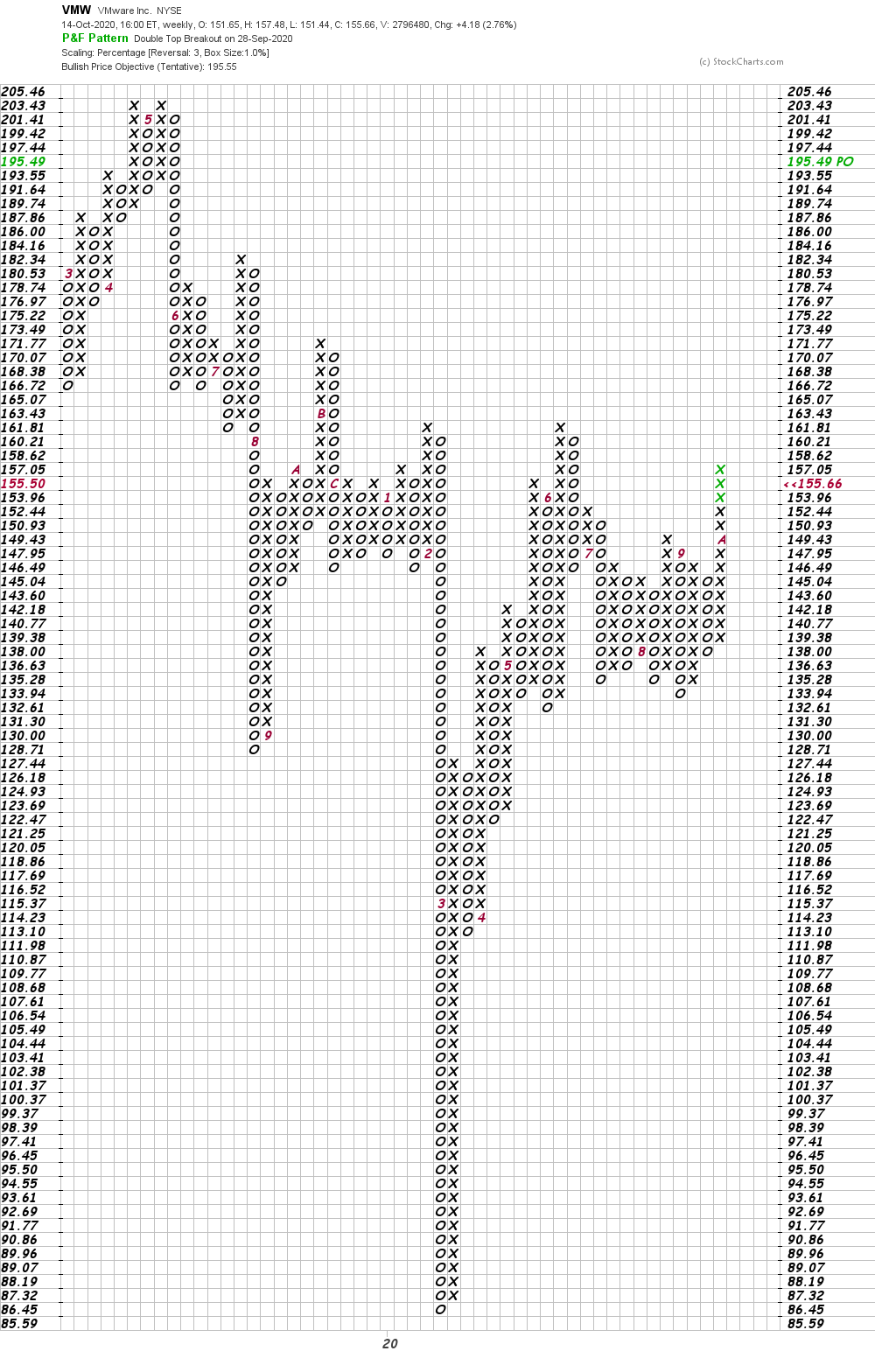 Bottom line strategy: In the short-run VMW could get dragged lower with weakness in the broad market. Traders could look to go long VMW around $150 if they are prepared to risk a close below $135. Renewed strength may not appear until closer to year-end.

My Review of Indicators Points the Way to a Tradable Rally