Jim Cramer gave  a nod to Verizon (VZ) during Wednesday's "Lightning Round" segment of Mad Money. "I've never gotten hurt recommending Verizon. I like their yield," he told viewers.

Let's check out the charts of VZ.
In this daily bar chart of VZ, below, we can see that prices have been weak and broke the November lows. Now VZ is testing prices from the May-June-July period of last year. The slopes of both the 50-day moving average line and the 200-day moving average line have turned negative.
The On-Balance-Volume (OBV) line shows weakness since September telling us that sellers have been more aggressive for several months now.
The Moving Average Convergence Divergence (MACD) oscillator fell below the zero line in late December for a sell signal but now looks like we might get a cover shorts buy signal.

In this weekly bar chart of VZ, below, we can see that declines into the $54-$52 area have been bought several times over the past three years. There have been some "overruns" but still this area seems to attract buyers.
Meanwhile, the slope of the 40-week moving average line is now negative, the weekly OBV line is pointed down, and the MACD oscillator moved to a sell signal.

In this long-term weekly Point and Figure chart of VZ, below, we can see a potential downside price target of $49 but we can also see that $52 is the bottom of a support zone. 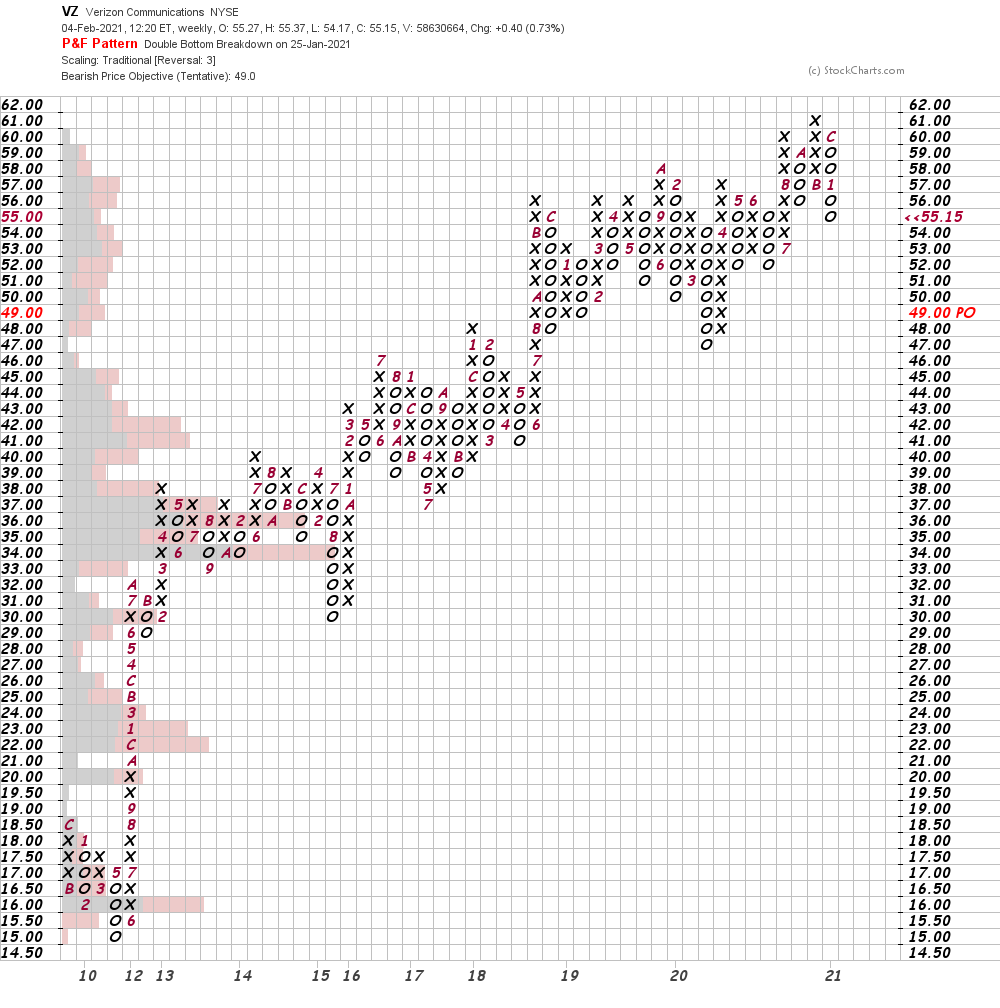 Bottom line strategy: Investors could look to be buyers of VZ in the $54-$52 area risking just below $49.
Get an email alert each time I write an article for Real Money. Click the "+Follow" next to my byline to this article.
TAGS: Investing | Stocks | Technical Analysis | Trading | Telecommunications | Mad Money | Telecom Services