Akins noted that extended weather events like that in Texas test electric systems. As generation plants froze and left the grid, operators had no choice but to shed load in order to compensate, leaving millions in the dark.

Electrical systems need resiliency, they need reserves and they need weatherization, Akins continued. But most importantly they need market structures willing to pay for that resiliency. In Texas, there were no incentives to maintain a resilient grid.

Turning to AEP's business, Akins said that residential load continues to be strong, but they're beginning to see the signs of a recovery in industrial and commercial load, which they would expect to see as the economy reopens.

Finally, when asked about renewable energy, Akins said more and more, large companies are asking for clean, renewable power and AEP is happy to deliver. They're supporting the transition to electric vehicles both with upgrades to the grid and also with charging station partnerships.

When we last plugged into the charts of AEP on Oct. 27 we wrote that, "Traders could approach AEP from the long side on a shallow dip risking a close below $86. The $125 area is our tentative price target." Unfortunately AEP began to decline in November and would have stopped out traders with a loss by mid-month.

In the updated daily bar chart of AEP, below, we can see that the shares have been in a downtrend since their small double top in October/November. Prices are below the declining 50-day moving average line as the bearish 200-day line.

The On-Balance-Volume (OBV) line has been weak since the middle of October and tells us that sellers of AEP have been more aggressive. The Moving Average Convergence Divergence (MACD) oscillator has been below the zero line in sell territory since late November.

In the weekly bar chart of AEP, below, we see a bearish setup. Prices are in a downtrend below the declining 40-week moving average line.

The weekly OBV line has struggled since its peak in January 2020. The MACD oscillator is bearish.

In this daily Point and Figure chart of AEP, below, we can see a potential downside price target of $70. 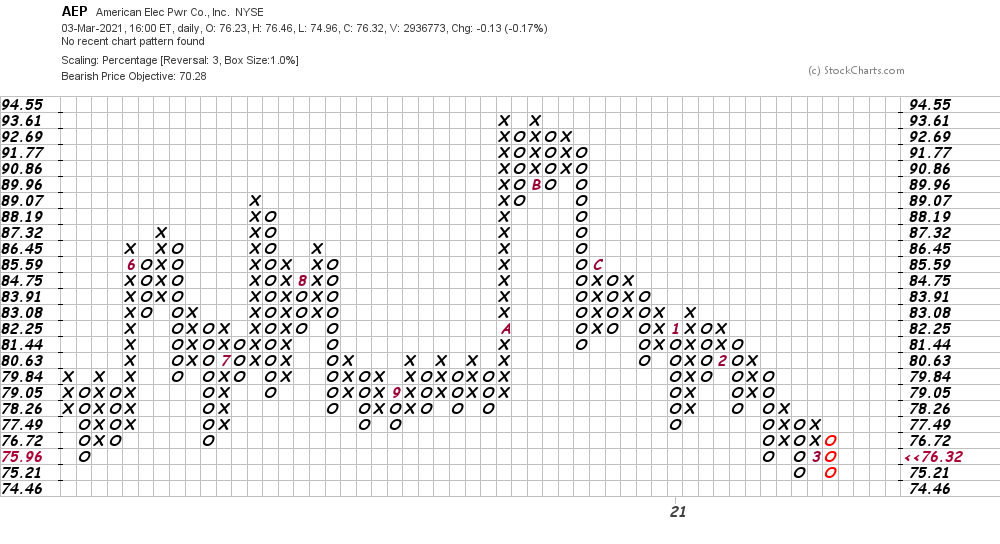 This weekly close-only Point and Figure chart of AEP, below, is projecting a downside price target in the $59 area. 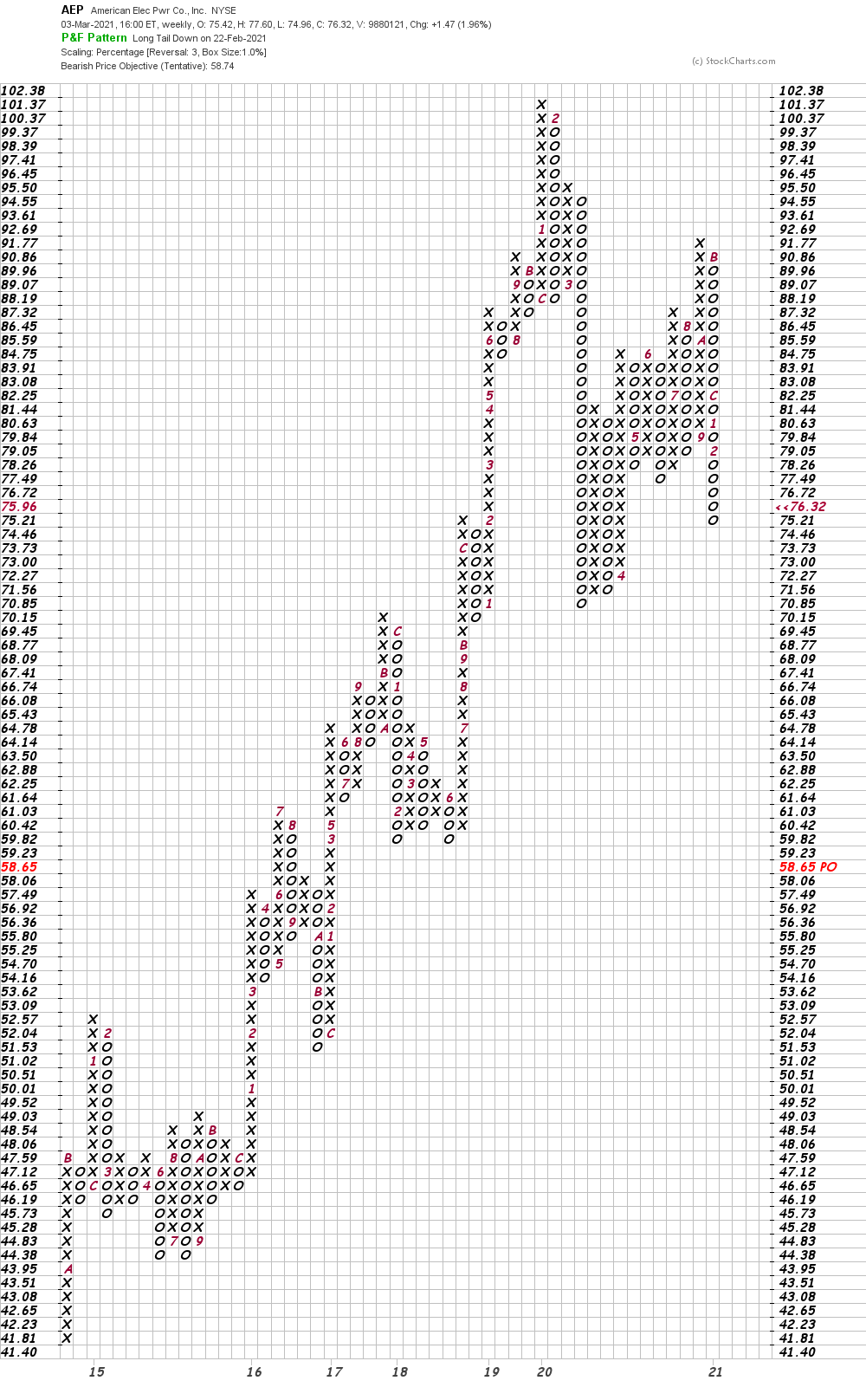 Bottom-line strategy: The charts and indicators of AEP point to lower prices ahead. Avoid the long side for now despite the attractive yield.

Get an email alert each time I write an article for Real Money. Click the "+Follow" next to my byline to this article.
TAGS: Dividends | Economy | Investing | Technical Analysis | Utilities | Mad Money | Executive Interview