But this time is different. The S&P has been milling around for seven straight trading days, basically since we reached that short-term overbought reading last week. That is actually perfectly normal. It's the way markets should act. What is different this time is that the stocks that are typically market leaders -- the ones that influence the big cap indexes so much -- have not been leaders.

Look at Facebook (FB) for example. In late April as it was gapping higher on earnings while the rest of the market was rolling over. In late July it was not nearly as spectacular but it was once again up at the highs along with the S&P.

Now look where it is: 15 bucks off the high. In percentage terms that is not much but you have to admit, that's different, isn't it?

Now look at Alphabet (GOOGL) . Late April it was on a tear, having rallied 100 points in three weeks -- while the rest of the market rolled over. In late July it gapped up on huge earnings -- sure it leaked thereafter -- but do you remember the excitement when it was up 100 points on the day?

Now look at it: It hasn't even been able to muster a 100 point rally in a month. It's not far from the highs, but you have to admit, it's different, isn't it?

Now look at it: It has barely recovered from the early August decline, and it is still under the mid August and early September highs. This is different.

In the meantime the American Association of Individual Investors (AAII) bulls are now at 35.3%, up from 21.75% a few weeks ago. They were 38.4% in July so similar to the Investors Intelligence readings they are no longer scared and are moving toward complacency. 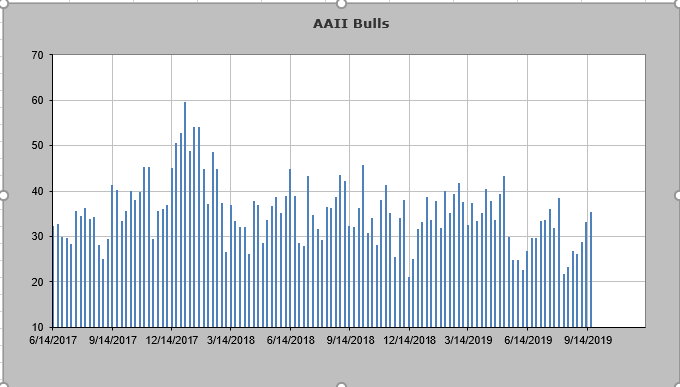 A week or so ago, as we headed into the overbought reading it felt as though we would never go down again. Now it feels like we'll never get out of this tight range. Eventually the market will shift. That is not different.

The administration will provide increased financial support to 5 pharmas working on Covid vaccines, and we must keep an eye on price action in this uncertain market.

The market continues to rise despite numerous negative catalysts, while Zoom beat all earnings expectations and guided higher.

Bulls Feast as Bears Focus on This Illogical Market Advance

A pandemic, riots across the country and the worst economic conditions since the Great Depression have not hindered the V-shaped action.

China Gloats Over U.S. Chaos But Faces Curbs on Access to Capitalism

Scrutiny of overseas listings and corporate purchases by Chinese companies is set to intensify.