Railroad giant Union Pacific (UNP)  has had a difficult trip since early April. Prices have nearly retraced their entire rally from September to early April. Let's check the charts and indicators to see if this transportation company can find a new direction.

In this daily bar chart of UNP, below, we can see that prices made a sharp reversal to the downside in early April. Prices quickly declined below the 50-day and the 200-day moving averages.
The trading volume has been more active since March and we have yet to see a volume surge at any of the trading lows in the past three months. The daily On-Balance-Volume (OBV) line is still in a decline from late March telling us that sellers remain more aggressive than buyers. The Moving Average Convergence Divergence (MACD) oscillator showed improvement in May and June but is now poised to turn lower again.

In this weekly Japanese candlestick chart of UNP, below, we see a bearish picture. Prices are in a decline below the flat to weakening 40-week moving average line. Prices have declined more than halfway into a $227-$195 support zone and thus the odds increase for prices to go all the way through that potential support. The weekly OBV line is weak and has broken below its September low well ahead of the price action. The MACD oscillator is bearish but narrowing.

In this daily Point and Figure chart of UNP, below, we can see a downside price target in the $194 area. 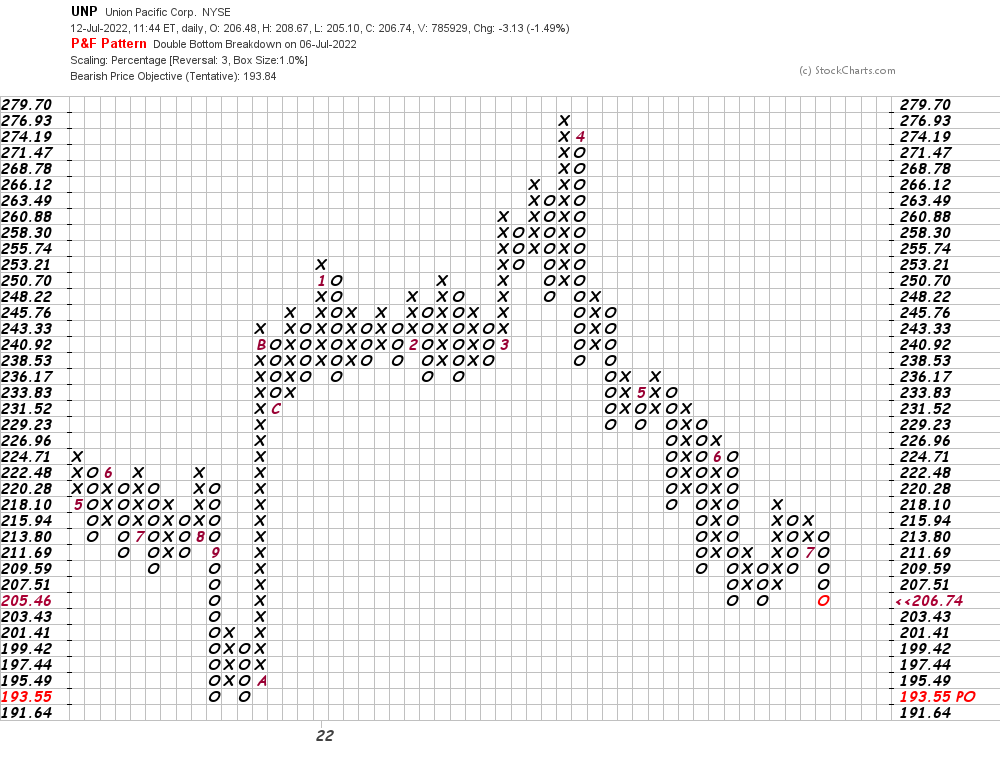 In this weekly Point and Figure chart of UNP, below, we can see a potential downside price target in the $145 area. 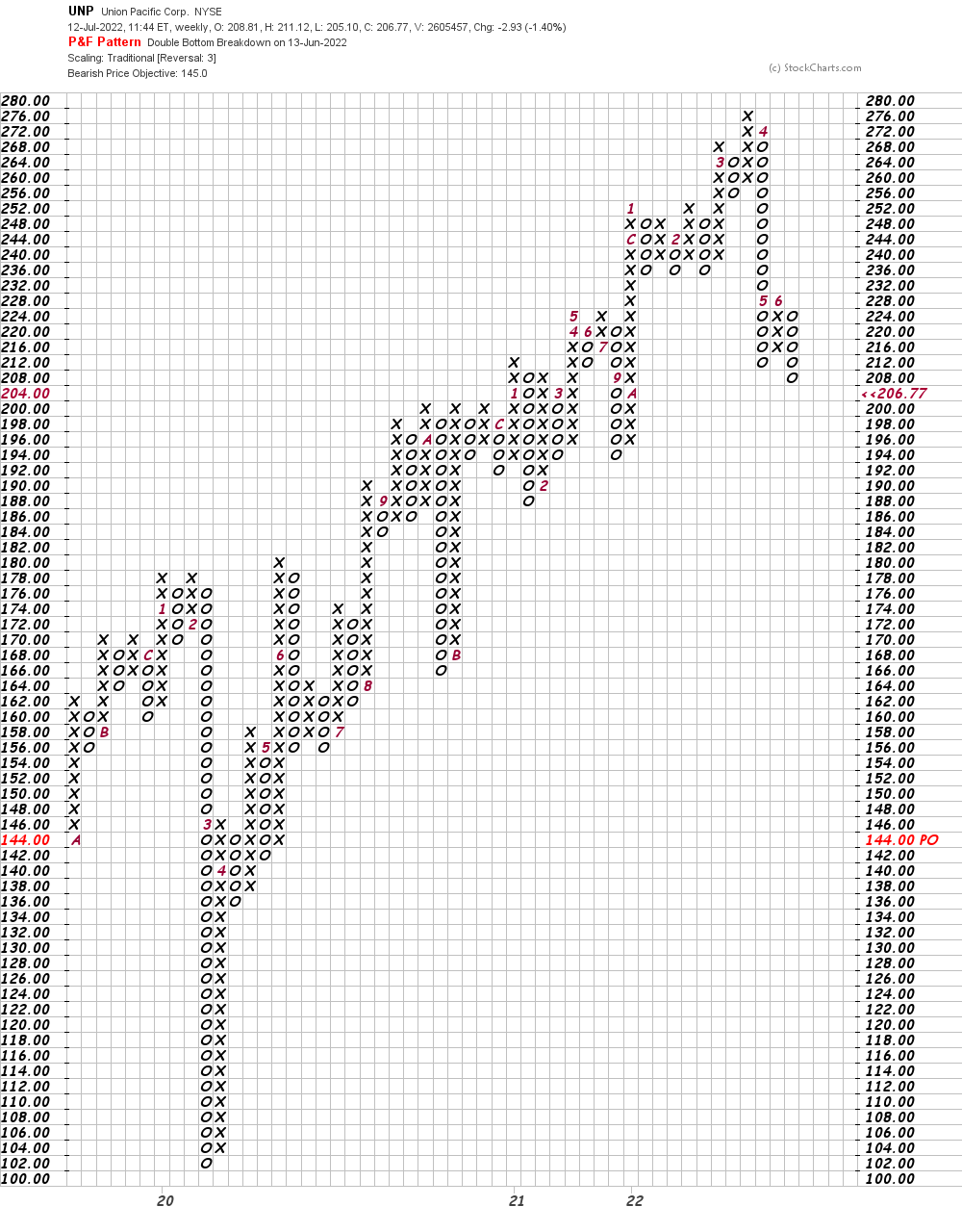 Bottom line strategy: The charts and indicators of UNP suggest further declines are possible. Avoid the long side of UNP.
Get an email alert each time I write an article for Real Money. Click the "+Follow" next to my byline to this article.
TAGS: Technical Analysis | Investing | Transportation