Twilio (TWLO) was mentioned at the top of Jim Cramer's Mad Money program Monday night. Cramer pointed out that TWLO and Under Armour (UAA) announced accounting inquiries. TWLO has been in a downtrend since late July so the marketplace must have had some hints from people close to the company.

We covered the company last month and said, "TWLO has been in a downtrend from late July and while the decline may have begun to slow it does not look over. Stand aside until support is tested in the low $90's or until a new base is formed."

In this daily bar chart of TWLO, below, we can see that prices have made new lows for the move down. Prices are below the declining 50-day moving average line and the cresting 200-day line. Trading volume has increased the past two months and that is bearish as traders have increased their activity in the slide lower.
The daily On-Balance-Volume (OBV) line has been in a decline from late July telling us that sellers of TWLO have been more aggressive.
The 12-day price momentum study is not showing us that the decline has slowed much and that is another negative going forward.

In this weekly bar chart of TWLO, below, we can see a bearish alignment of the indicators. Prices are below the declining 40-week moving average line.
The weekly OBV line is now pointed down and the MACD oscillator is in sell territory below the zero line.

In this Point and Figure chart of TWLO, below, we can see a downside price target in the $78 area. 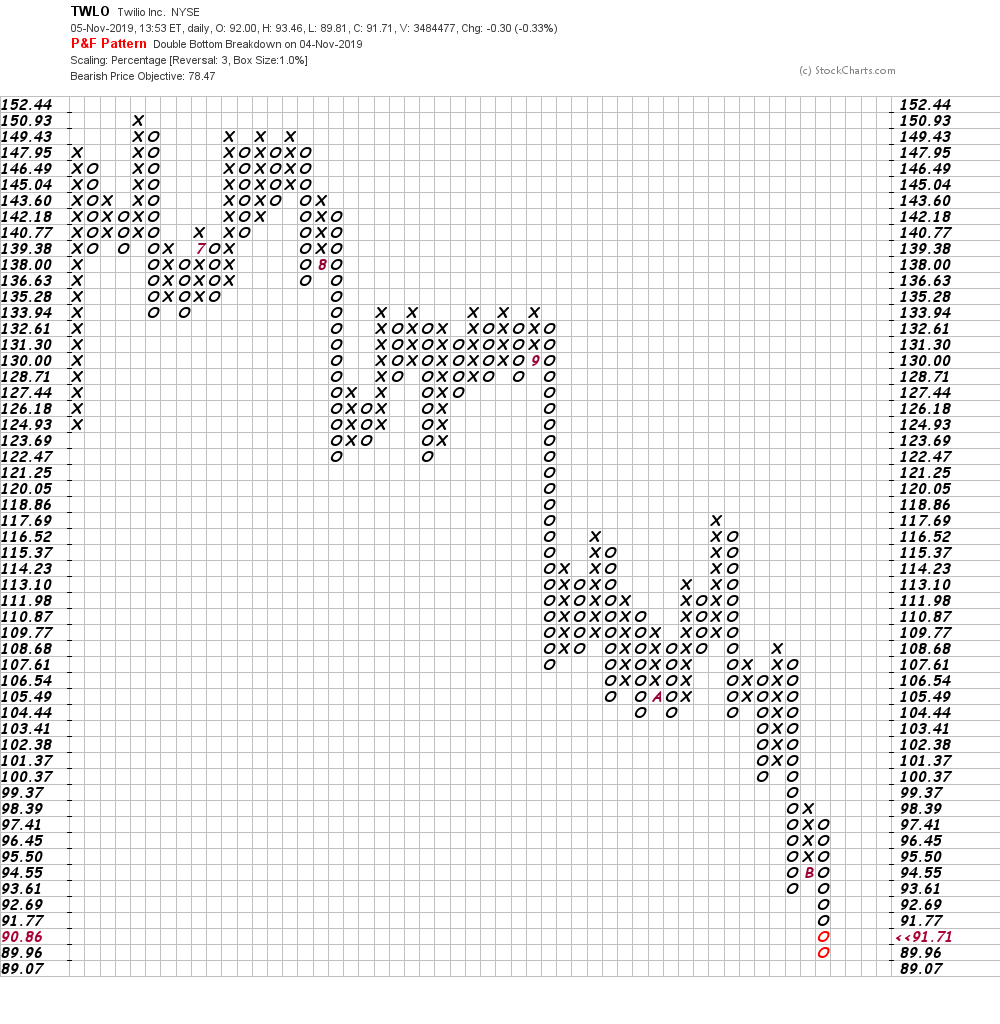 Bottom line strategy: Avoid the long side of TWLO as further risk can be seen.

(Twilio is a holding in Jim Cramer's Action Alerts PLUS member club. Want to be alerted before Jim Cramer buys or sells TWLO? Learn more now.)

Get an email alert each time I write an article for Real Money. Click the "+Follow" next to my byline to this article.
TAGS: Investing | Stocks | Technical Analysis | Trading | Software & Services | Mad Money