Before getting in the cab let's check out the charts.

In the daily bar chart of KNX, below, we can see that the shares were already retreating before Thursday. KNX had given back much of the June-August rally. Prices have been failing at the underside of the 50-day and 200-day moving average lines in recent weeks.

The daily On-Balance-Volume (OBV) line has been soft since the middle of August suggesting that traders are selling more than they are buying. The Moving Average Convergence Divergence (MACD) oscillator has been bearish since early September.

In the weekly Japanese candlestick chart of KNX, below, we can see the price patterns of the past three years. From early 2020 KNX was in an uptrend. A sideways trend began around the middle of 2021. A downward trend began this year with a lower high in July/August. Prices are trading below the declining 40-week moving average line so math is telling us we are in a downtrend.
The weekly OBV line shows a peak in late 2021 and the MACD oscillator is bearish.

In this daily Point and Figure chart of KNX, below, we can see a downside price target in the $41 area. Weakness below $44 will be a major breakdown on the candle chart above. 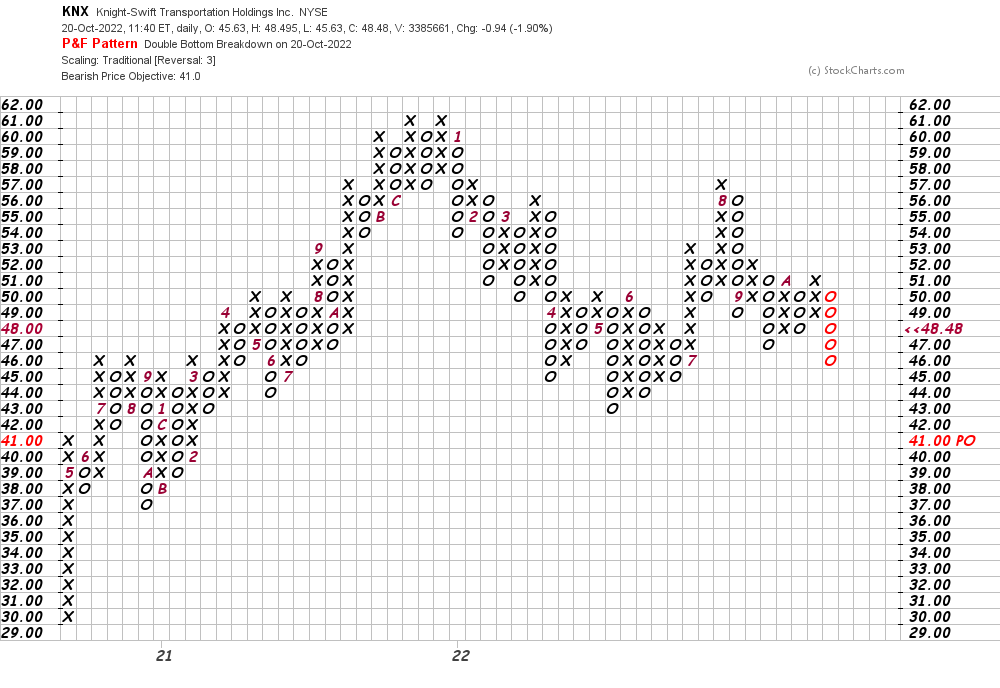 In this second Point and Figure chart of KNX, below, we used weekly price data. Here the software is projecting a target in the $37 area. 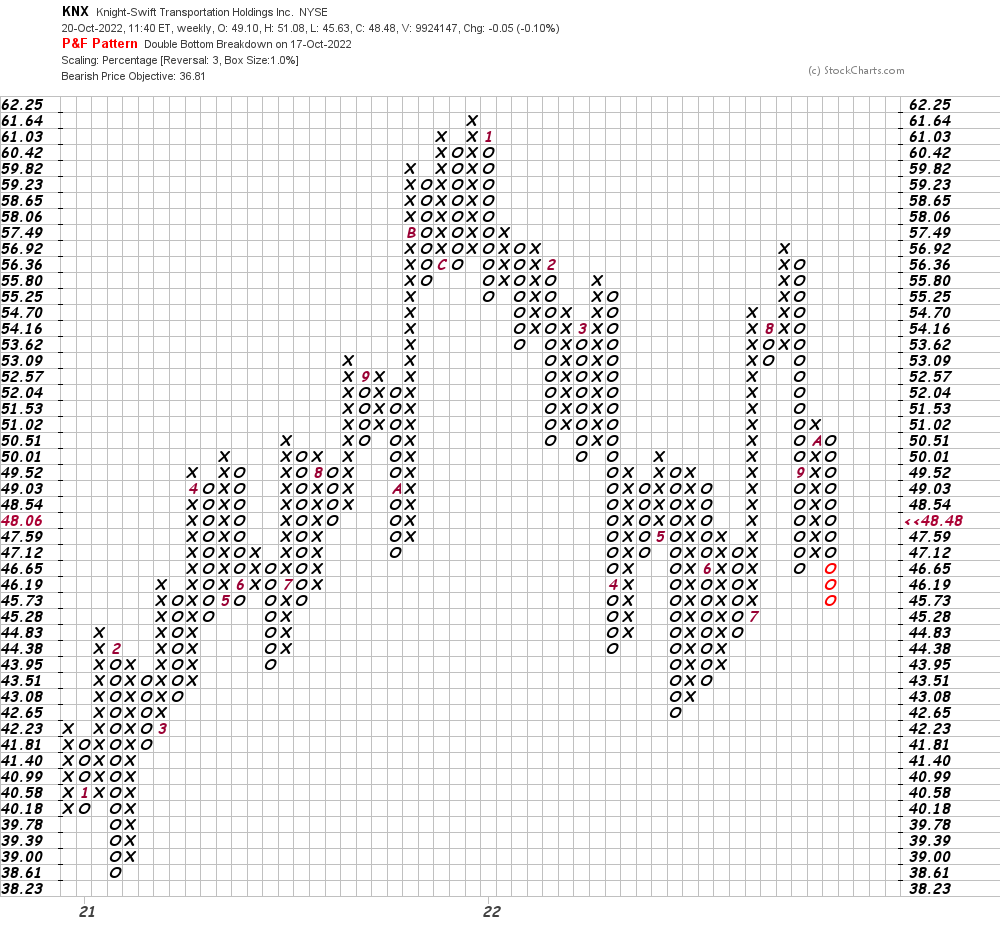 Bottom-line strategy: With other trucking companies trading weak I do not expect shares of KNX to display independent strength. Avoid the long side of KNX as I expect further declines in the weeks ahead.
Get an email alert each time I write an article for Real Money. Click the "+Follow" next to my byline to this article.
TAGS: Earnings | Investing | Technical Analysis | Transportation | Analyst Actions