The year was 1969. A very big year for New York, for a nation, for mankind. The Tet Offensive had occurred across South Vietnam the year prior, for the most part over the last few months of the year. The New York Jets turned the pro football world upside down in mid-January. The New York Mets would do the same thing to Major League Baseball in October, as the New York Knicks would begin a championship season of their own. Your author was a youngster growing up in Queens.

Who has not fancied leaving the atmosphere? Just make sure not to be the guy in the red shirt. That could be tragic. President Trump, early in his term, made mention of creating a sixth branch of the armed forces... The U.S. Space Force. The mainstream media snickered. The Navy, the Air Force and NASA already cover a lot of ground here. The again, the Army used to do what the Air Force became, so defense does evolve. In addition, both China and Russia had in the opinion of many, taken a technological lead over the U.S. in what is now known as hypersonic weaponry, as well as realizing both the economic opportunities and added military capabilities presented in space. In April, then Acting Defense Secretary Patrick Shanahan addressed the Senate Armed Forces Committee.

Shanahan pointed out that the Department felt a need to move quickly, citing Russian and Chinese efforts to develop improved capabilities meant to contest U.S. ability across all domains. He mentioned steps taken by both of those nations to reorganize and develop space-based capabilities aimed at enhancing intelligence gathering, surveillance and reconnaissance.

"These steps provide the ability to more effectively target US and allied forces. China and Russia are also capable of searching, tracking, and characterizing satellites in all Earth orbits in support of space and counter-space operations," Marine Corps Gen. Joe Dunford, chairman of the Joint Chiefs of Staff, said.

Not so funny any more is it?

The Department of Defense at that time made plain the intent to establish the U.S. Space Command for operational Control. This will be a new joint combatant command. That will put the Space Command on equal footing with, let's say, the regional commands or the U.S. Cyber Command. The next step would be a U.S. Space Force. The Senate Armed Forces Committee has been asked to authorize the  Space Force during fiscal year 2020.

The idea here really is to take something highly complex and streamline it. Currently, among the Army, the Navy, and Air Force, all three maintain space satellite communications systems, having deployed more than 130 different types of wide-band terminals, as well as any number of narrow band terminals and protected satellite communication terminals that are somehow different from those already mentioned.

Even France is starting to see this imperative. French President Emmanuel Macron was quoted in French press over the weekend as announcing the creation of a "high command for space" to be launched in September. He called the need for a military presence in space a "true national security issue."

Shanahan inferred back in April that the global space industry may generate revenue that could increase to $1.1 trillion by the year 2040. What that this lays out, from my perspective, is simply that the Defense Department will have no choice, but to continue to partner with the defense industry for the military to maintain the national security at satisfactory levels long term. In other words, the Defense budget can only be reduced at great peril.

This is where the likes of Lockheed Martin (LMT) , Northrop Grumman (NOC) , Raytheon (RTN) , Boeing (BA) , and Kratos Defense (KTOS) come in. All of these names are known to be working on either hyper-sonic offensive or defensive capabilities. (Raytheon and United Technologies (UTX) announced an agreement to merge in early June.) 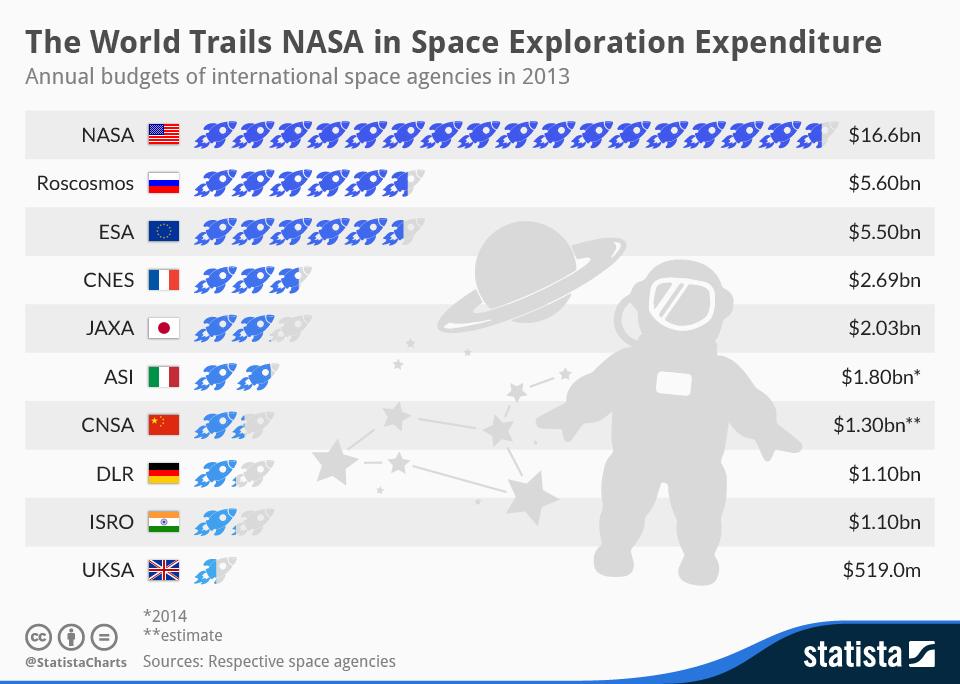 Investing in aerospace and defense names has long been a way to invest in space. Boeing and Lockheed Martin easily lead the field in terms of defense-driven revenue. While I fully expect Boeing to be a significant player long-term in the space race, the company's recently troubled performance in the civilian jetliner arena has force me to take a pass on the name for now.

I just don't need the risk. However, my favorite name in aerospace remains Lockheed. The Space Systems segment of this firm is specifically engaged in the development, design, engineering and production of satellites, and defensive missile systems, as well as space transportation systems. This is my top pick. 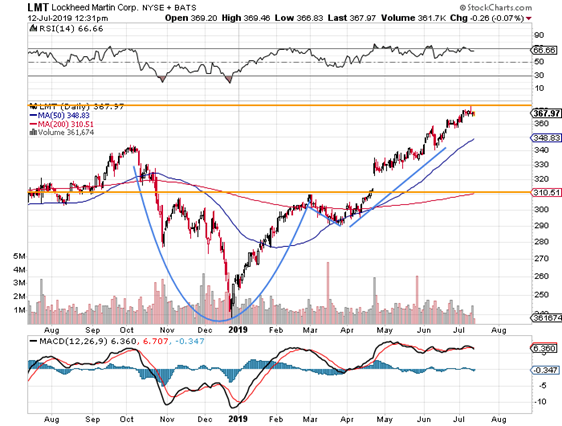 One can see here that LMT has had a tremendous run since breaking out of the blue cup with handle. My target price has been $375, and the shares came very close. When LMT kisses that spot, I will take a little something off, as discipline demands. I am protecting enormous profit in this name. At that point, I will almost certainly adjust the target. That will be covered in Market Recon. you will be cognizant. My panic point for this name remains that same $312 spot, the old pivot. My add would currently be at the 50-day simple moving average, just below $350. Right now, July 26 $350 puts still pay about $1.30. The firm reports on July 23. Might as well get paid $130 per contract to take on the risk of having to buy more shares where I already want to. Right? I am also long KTOS with a $25 target, and UTX with a $166 target. I am interested in betting myself long NOC, but I want $310, which is about a 5% discount to the last sale.

There is an underdeveloped, but interesting, civilian interest in space as a business that has made headlines of late. Let's take a look.

Man-made satellites have long served the needs of commerce. From television to radio to internet communications to research. Now, perhaps, space tourism.

One can not speak of interest in space as a business without mentioning Tesla (TSLA) CEO Elon Musk's SpaceX, where there has been an interest in colonizing Mars, or Amazon (AMZN) CEO Jeff Bezos' Blue Origins, where the goal might appear to be more affordable space travel. The billionaire who might actually be the closest, and the one running a business that one can actually invest in this morning if so desired, would be Richard Branson. Sort of.

Branson runs two space-related firms. The one you may not have read up on recently would be Virgin Orbit, which has been testing a Boeing 747-based launch system over the Mojave Desert, using dummy rockets. (I once found an unexploded 500 pound bomb half buried in the Mohave. That's a story, for a different day.) Branson's other space related firm, Virgin Galactic has announced a plan to go public and merge with Social Capital Hedosophia (IPOA) , an existing New York Stock Exchange-listed "special purpose acquisition company," what's known as a SPAC, or in layman's terms ... a blank check company formed solely to acquire or merge with an overlooked or undervalued private firm in a high tech field.

The arrangement allows for a designated manager, in this case Chamath Palihapitiya -- another billionaire, who happens to be a minority owner of the NBA's Golden Sate Warriors -- a two year window to find said deal, and then permits investors to either opt in or out once announced. So, there certainly is some hair on this. All that said, should this transaction close, this will be a $1.3 billion deal. Still a little iffy.

Virgin Galactic has already put humans in space. Test flights last December and February dubbed five new individuals as "astronauts." Branson and Palihapitiya apparently met this week in New York with potential investors. Palihapitiya cites possible "software like margins" for a business (space tourism) that UBS Group estimates could be a $3 billion market within a decade. For those interested, this is obviously purely speculative. The path is clear; I think that progress toward this end will continue. Shares in IPOA can be purchased on the open market right now, so investors do not have to wait. Fans of either Bezos, or Musk ... will have to wait. There will be eventual competition.

One thing we know for sure. There are both advantages and disadvantages to being first. Social Cap Hedsophia closed at $10.63 on Friday. Will I grab a few? You know, I'm kind of on the fence. I don't see the rush. There is no options market on the name, which is how I would like to tackle something I see as so unsure. If you ask me, and I reserve the right to change my mind, Bezos is the guys working on finding a way to address the common market. How big is the possibility once affordable to the middle and upper middle classes? The sky might be the limit when we get there. The again, I'm not getting younger. I am wait-and-see on the civilian side. 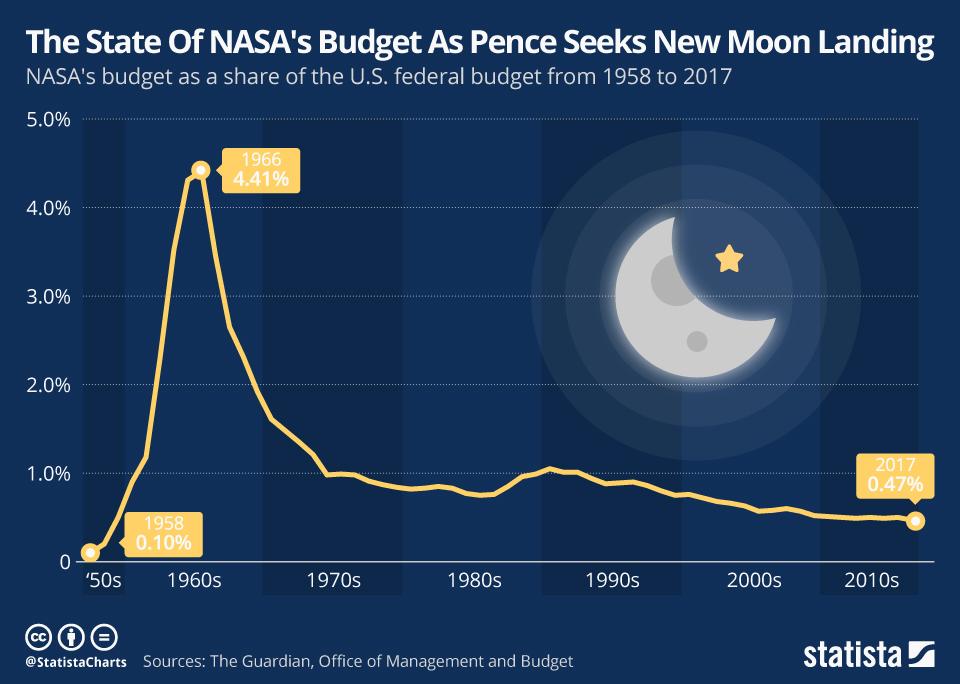 Amazon is a holding in Jim Cramer's Action Alerts PLUS member club.

Get an email alert each time I write an article for Real Money. Click the "+Follow" next to my byline to this article.
TAGS: Investing | Transportation

Careful, the Rally in XPO Logistics Has Stalled

KNX is set to produce sustainable returns, and these options plays can make this stock even more appealing.