Jim Cramer talked about home builders during Tuesday's Mad Money program. No one is going to buy a home with double-digit unemployment, Cramer said, but in the short term, stocks like D.R. Horton (DHI) could make for a terrific trade.

Let's check out the charts of this Texas based home builder.
In this daily bar chart of DHI, below, we can see that prices quickly plunged from around $62 in February to nearly $25 in the middle of March. Trading volume was very heavy into the March nadir and has declined as prices have recovered.
The On-Balance-Volume (OBV) line declined from the middle of February to early April and is now slowly improving. The trend-following Moving Average Convergence Divergence (MACD) oscillator crossed to the upside in late March for a cover shorts buy signal and is now very close to crossing the zero line for an outright buy signal.

In this weekly bar chart of DHI, below, we went back five years to show the extent of the decline this year. Prices tested levels not seen since early 2016. DHI has rebounded in recent weeks but it is still below the declining 40-week moving average line.
The weekly OBV line looks much stronger than the daily line and has been in a long-term advance. The MACD oscillator has been narrowing towards a potential cover shorts buy signal.

In this daily Point and Figure chart of DHI, below, a $68 price target is being projected. 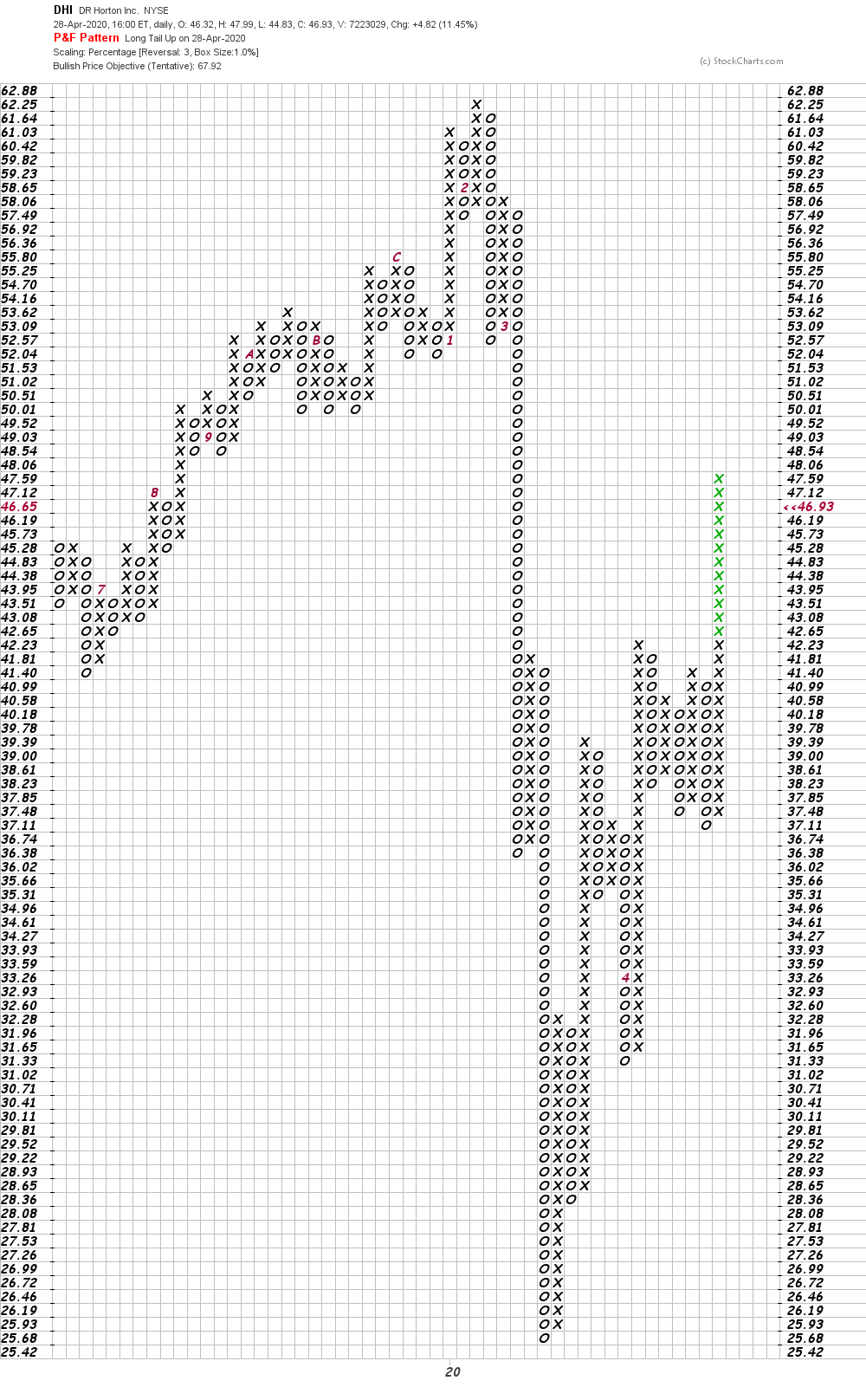 Bottom line strategy: DHI may not dip to fill the price gap made Tuesday so aggressive traders may need to pay up to get long the stock. This means the risk of going long is greater as traders should still risk a close below $37 - the recent low.
Get an email alert each time I write an article for Real Money. Click the "+Follow" next to my byline to this article.
TAGS: Investing | Stocks | Technical Analysis | Trading | Housing Market | Construction & Engineering | Mad Money