In a special "Voice of America" segment on Tuesday's Mad Money program, Jim Cramer took calls from viewers to hear what's on their minds.

Cramer was conflicted on toy maker Mattel (MAT) , which has big plans, but a lagging share price.

We last reviewed MAT back on February 11 and wrote that "Traders long MAT from late October can continue to hold those positions, but raise sell stops to just below $17. A weak performance today is a problem, but a rally to $19.50 will probably refresh the uptrend. Watch this one closer."

In this daily bar chart of MAT, below, we can see that prices managed to creep higher from February and did not decline to elect our suggested sell stops below $17. Prices pushed up to $19.50 by late February and eked out further gains to the middle of March.

Prices have been testing the rising 50-day moving average line over the past three weeks. Trading volume has declined from mid-February and the On-Balance-Volume (OBV) line has been flat/neutral, suggesting a balance between buyers and sellers of MAT.

The Moving Average Convergence Divergence (MACD) oscillator has been showing weakness since late December, and made a lower high in March when prices made a higher high. This is a bearish divergence and tells us that MAT has been losing its trend strength.

In this weekly Japanese candlestick chart of MAT, below, we see a mixed picture. Prices remain in a longer-term uptrend above the rising 40-week moving average line, but we see a top reversal pattern in early March -- a long-legged doji -- followed by a bearish red candle for confirmation. Prices have subsequently moved sideways. The OBV line has softened a bit and the MACD oscillator has crossed to the downside for a take-profit sell signal.

In this daily Point and Figure chart of MAT, below, we can see a potential upside price target of $23. A decline to $19.23 could weaken the picture. 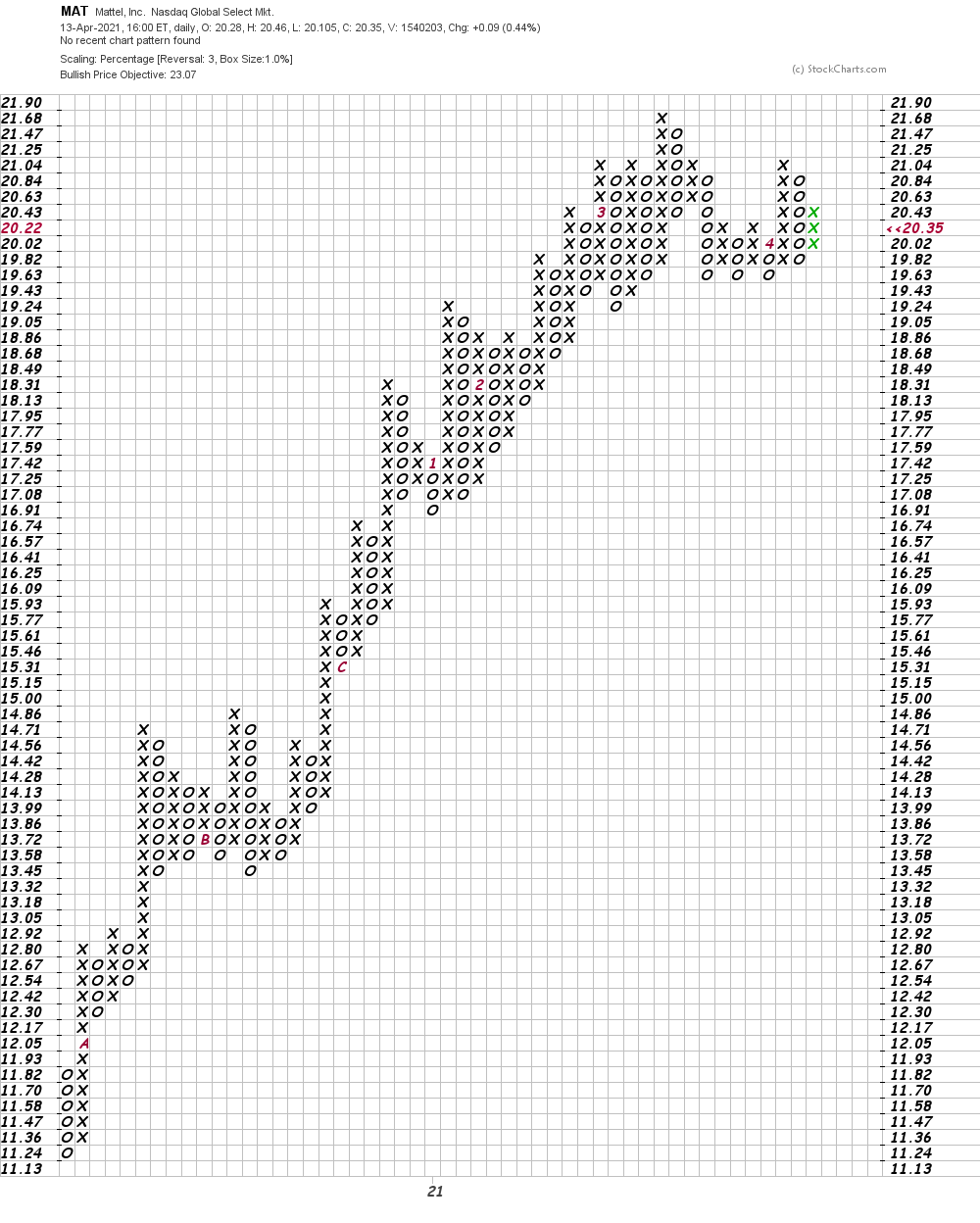 In this weekly Point and Figure chart of MAT, below, we used close-only price data and a traditional even-dollar scaling. MAT's price history is shown and a bullish long-term price target in the $48 area. 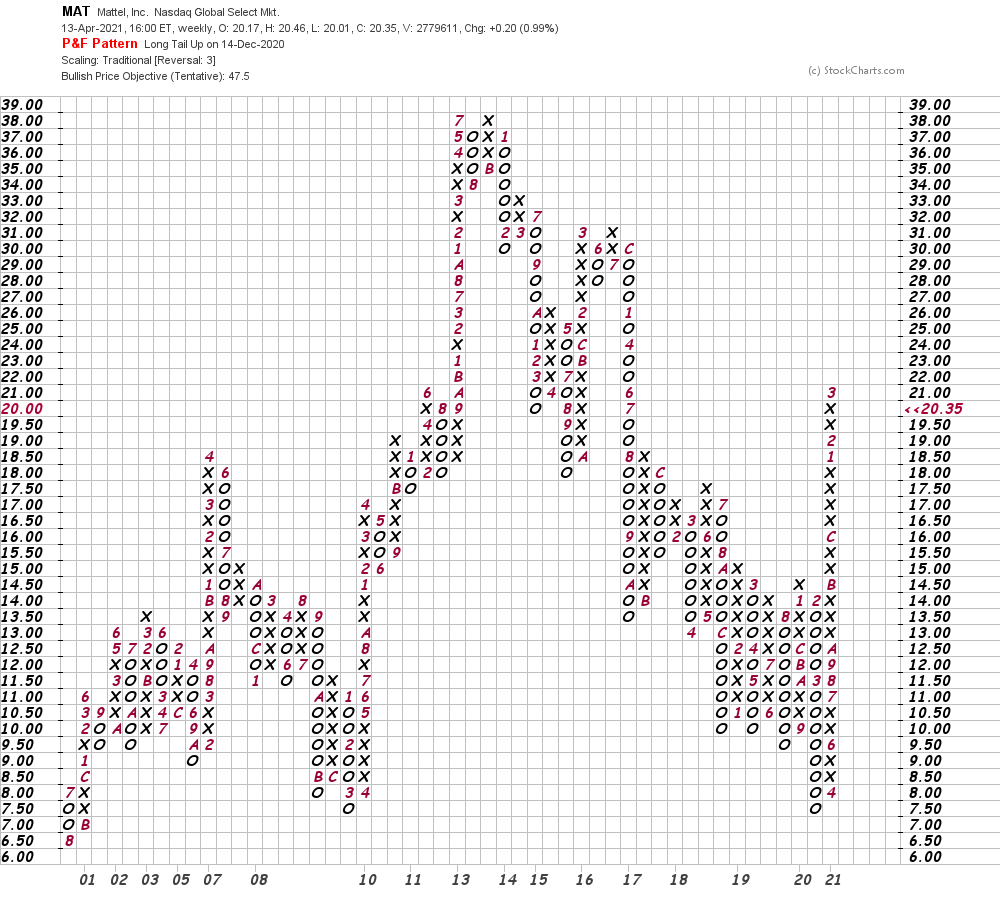 Get an email alert each time I write an article for Real Money. Click the "+Follow" next to my byline to this article.
TAGS: Investing | Technical Analysis | Video Games | Mad Money | Consumer Products