Total System Services (TSS) is due to report its latest earnings numbers on Wednesday, so let's take a look at the charts and indicators of this credit card processor, merchant acquirer and bank credit card issuer.

In this daily bar chart of TSS, below, we can see that prices declined with the broad market averages in the fourth quarter of 2018. TSS peaked in September and dropped from $100 to around $76. Prices broke below the 50-day moving average line and the 200-day moving average line. The slopes of both indicators were negative in December when prices made a v-like reversal.

TSS has rallied back to the underside of the $96-$100 resistance area in August/September. The 50-day line is poised to cross the 200-day line for a potential bullish golden cross.

The daily On-Balance-Volume (OBV) line rose with prices to the end of September and then declined to the end of December. A new uptrend in the OBV line this year points to more aggressive buying and argues for TSS to move higher in the weeks ahead. 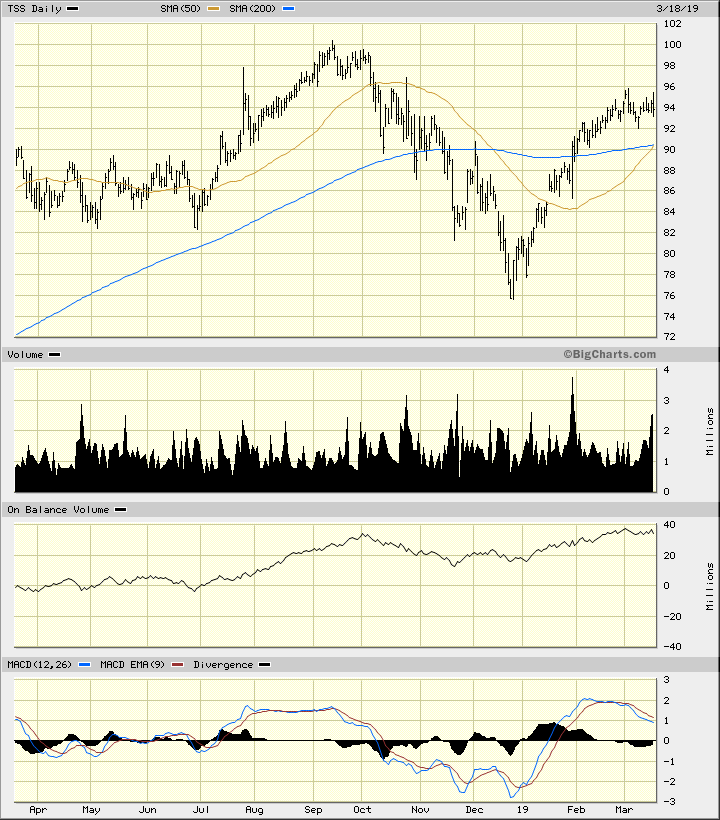 In this weekly bar chart of TSS, below, we can see that prices are above the slightly rising 40-week moving average line. The weekly OBV line looks like it is making a double top with the highs seen in September.

The weekly MACD oscillator crossed above the zero line last month for an outright go long signal but it is already narrowing towards a possible bearish crossover. The overall price pattern of the last year or so could be a large top formation. 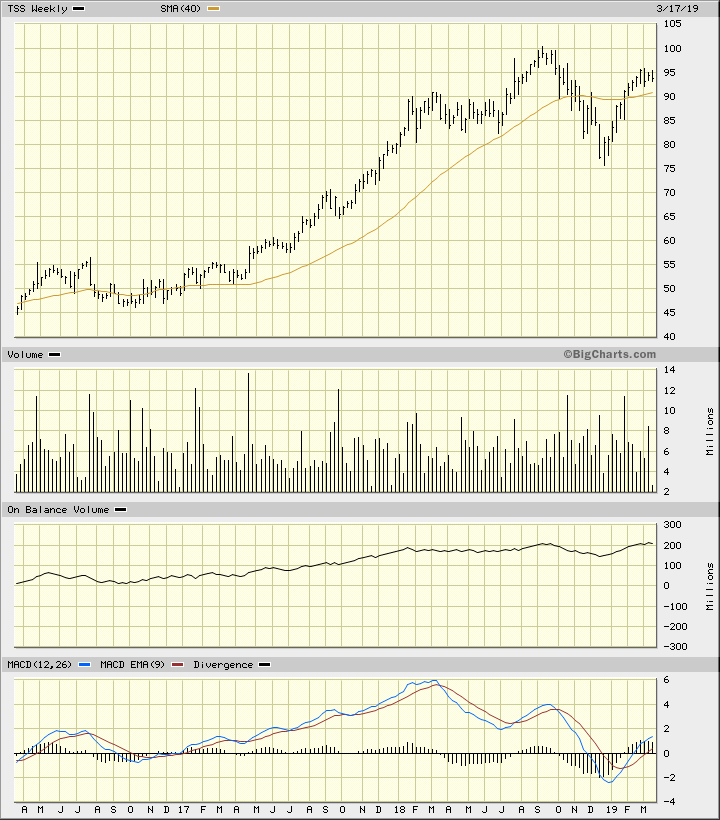 In this Point and Figure chart of TSS, below, we can see a potential longer-term price target of $129. A rally to $100.37 would strengthen this chart and a decline to $86.45 is likely to be bearish. 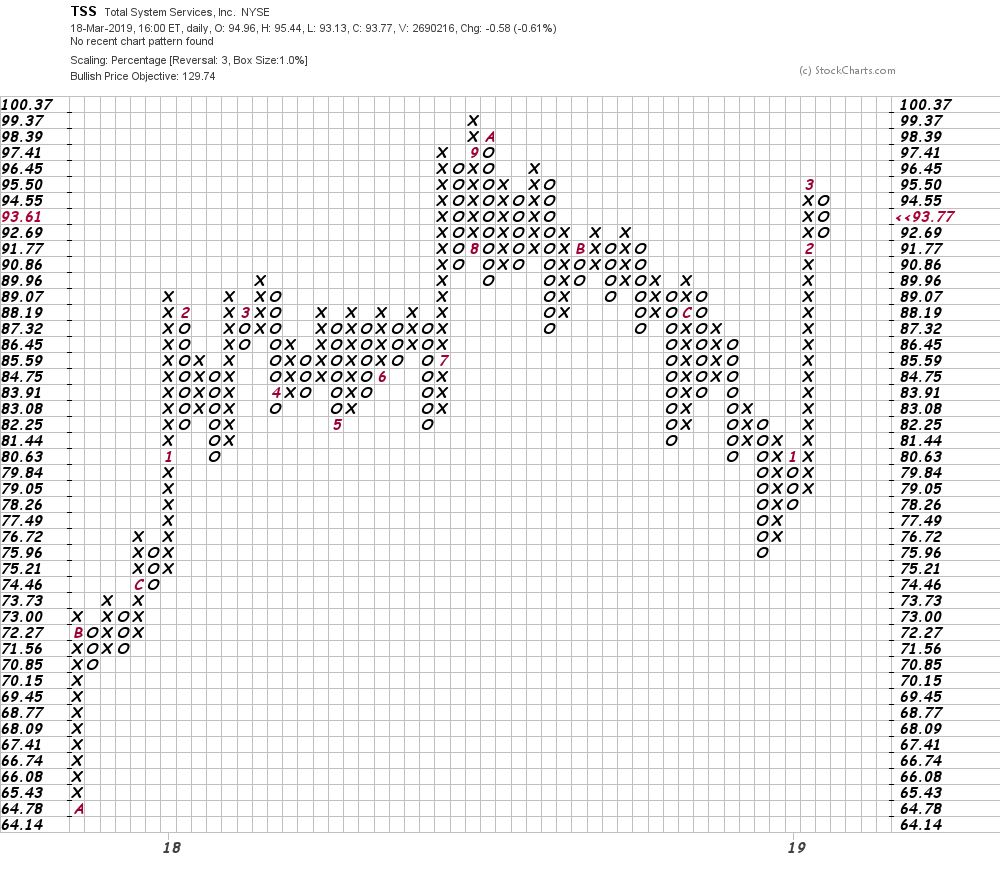 Bottom line strategy: Risking a close below $91, traders could go long TSS on strength above $96 and above $100. $130 is the potential price target.

Get an email alert each time I write an article for Real Money. Click the "+Follow" next to my byline to this article.
TAGS: Earnings | Investing | Stocks | Technical Analysis | Trading | Banking

As Race to Chase Strength Fizzles, Here's the Question

Hopes for a 'V'-shaped recovery were high at first Tuesday morning, but now we must ask: Does the intraday reversal signal resumed selling momentum or a healthy pause to digest Monday's bounce?

Is This the Start of a Bull Market or a False Breakout?

Buying the market here is about pricing the economic recovery and the end of financial damage being priced into these stocks.

NFLX is oh so close.

You've seen the rage over how much money these companies seeking bailouts have spent on buybacks and dividends -- but let's look at this from an aerial view.

UnitedHealth Group Is Leading the Way on the Upside

UNH has moved up strongly from its March nadir so traders and investors should approach from the long side.