Shares of T-Mobile US (TMUS) are trading sharply lower Friday as traders seem to be reacting to preliminary Q4 postpaid phone net additions that met sell-side forecasts, but investors may have been expecting the wireless carrier to exceed estimates. Let's check out the charts and indicators.

In this daily Japanese candlestick chart of TMUS, below, we can see that prices gapped lower Friday. The slope of the 200-day moving average line has been negative since early September and it continues to point lower. The On-Balance-Volume (OBV) line has been weak since September and tells me that sellers of TMUS have been more aggressive than buyers.
The 12-day price momentum indicator shows higher lows from October telling us that the pace of the decline has been slowing. Today's decline could be a retest of the late November low but it is too soon to say that the "coast is clear".

In this weekly Japanese candlestick chart of TMUS, below, we see a "touch and go" picture. Prices are in a downtrend and trade below the bearish 40-week moving average line. The weekly OBV line has been weak since August. The MACD oscillator is bearish but we might get a cover shorts buy signal.

In this daily Point and Figure chart of TMUS, below, we can see a potential downside price target of $101. 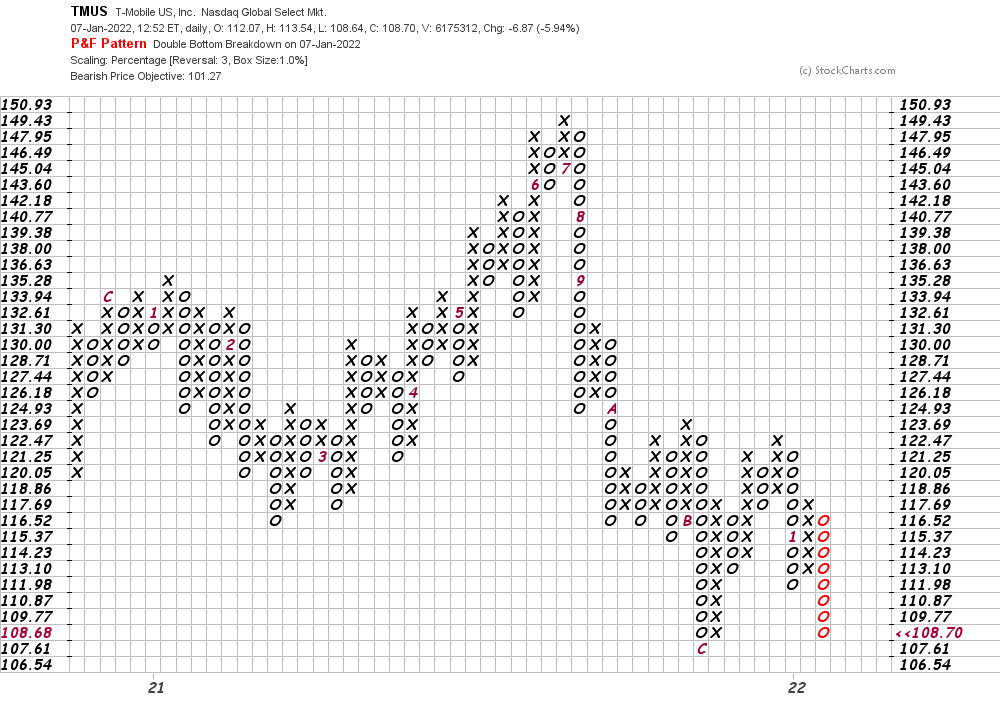 In this weekly Point and Figure chart of TMUS, below, we can see a downside price target of $91. 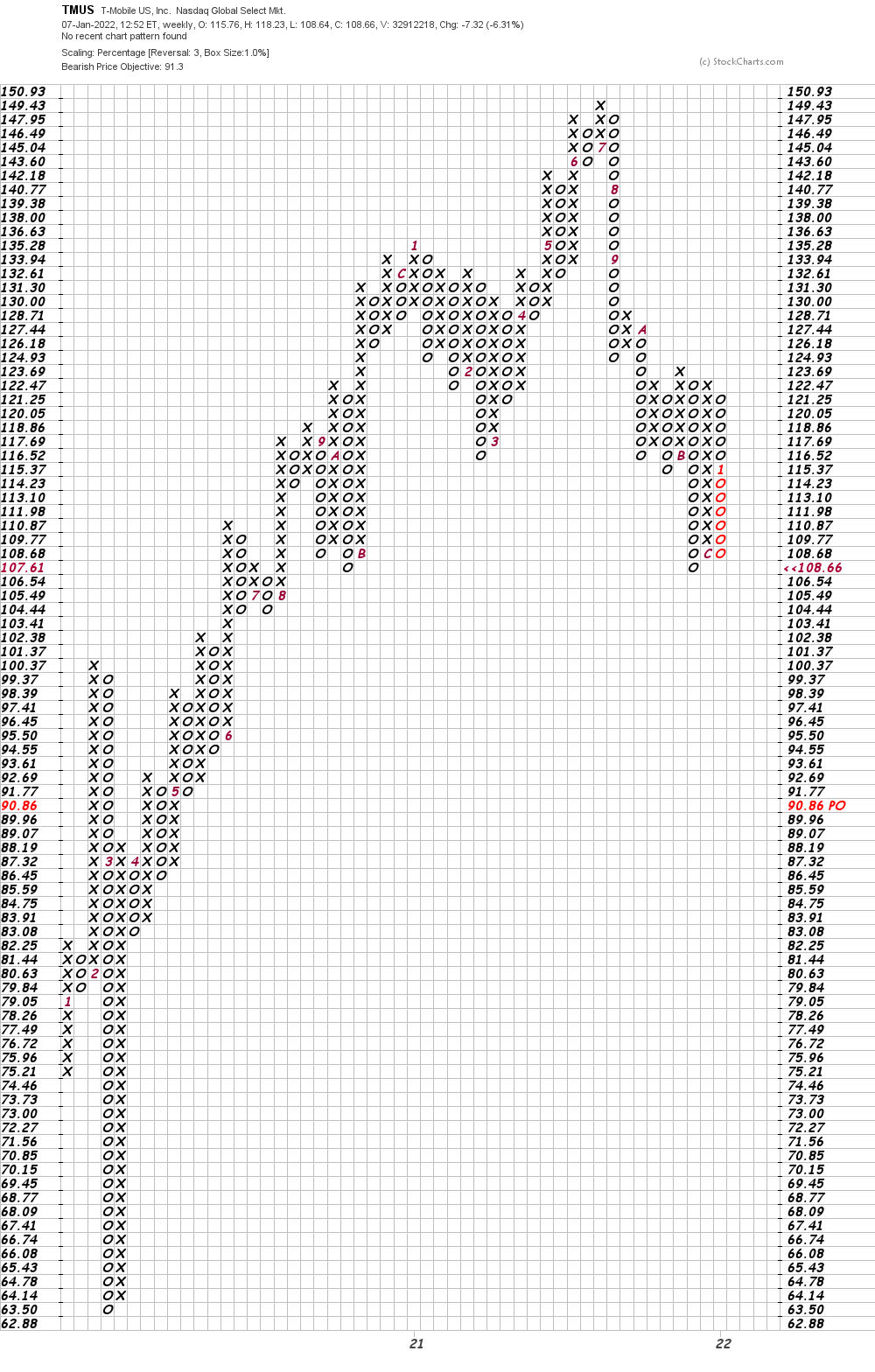 Bottom line strategy: TMUS may hold above the late November/early December low and continue to hammer out a base, but the Point and Figure charts suggest we could make a low in the $101-$91 area. I would avoid purchases of TMUS until we get clear signs that a rally could get under way.
Get an email alert each time I write an article for Real Money. Click the "+Follow" next to my byline to this article.
TAGS: Investing | Stocks | Technical Analysis | Trading | Telecommunications | Telecom Services