Tilray (TLRY) is continuing its strong November momentum ahead of its second ever, and first fully legal, earnings release  Tuesday night.

Shares of the volatile Canadian cannabis stock are inching higher ahead in early morning trade, building on a 4.1% advance Monday. The company's 20% stock jump on its first earnings report in August, despite a mixed result, gives speculative investors reason to eye the unpredictable pot stock today.

According to FactSet, analysts covering the stock are expecting a $0.12 loss on earnings per share and $10 million in revenue.

The estimate on earnings per share is more forgiving than last quarter after the company nearly doubled the anticipated EPS losses. Revenue will need to jump slightly from the prior quarter as the company notched $9.7 million in sales for the quarter ended June 30.

It is worth noting that the raw earnings results will not include post-legalization sales, which will not be factored into the September quarter results. As such, CEO Brendan Kennedy's comments on the earnings call after the close should prove pivotal to a price move.

Some good news that Kennedy will need to address is the removal from office of one of the cannabis industry's biggest foes.

On November 7, U.S. Attorney General Jeff Sessions left office at the behest of President Trump, sparking positive sentiment and sending Tilray shares higher. Over 30% higher on the news of his resignation in fact.

Along with the recreational cannabis market open in Canada, the possibility of the massive U.S. market becoming more amenable to cannabis companies could ignite more enthusiasm for Tilray, which is known to spike on sentiment shifts.

The possibility of a more open U.S. market was further encouraged by midterm election referendum that saw marijuana legalized in Michigan and medical marijuana made permissible in Utah and Missouri.

If Kennedy's comments on the earnings call can inspire added investor confidence in the U.S. opportunity, it could mean another price jump regardless of raw numbers.

Making Sense of the Sector

To be sure, many onlookers will be befuddled by the company's nearly $11 billion valuation after charting less than $10 million in sales in its first reported quarter.

At its height in September, Tilray far outpaced even many American staples.

It is especially quizzical given the stock has on many occasions outpaced Canopy Growth Corp.  (CGC) to become the most valuable cannabis company in the world, despite the former having a $4 billion head-start from Constellation Brands (STZ) .

Famous short seller Andrew Left noted this disparity at a Reuters conference on Monday, expressing his belief that Canopy is the premier player in the cannabis space. His sentiment marks a rare agreement between Left and TheStreet's Jim Cramer.

Analysts were not so sure that approaching Tilray's valuation on current figures is appropriate.

"While some investors remain challenged by valuations, we continue to believe in TLRY's fundamentals and long-term durable growth," Cowen analyst Vivien Azer wrote in her preview. "As such we maintain our $172 price target, given outsized 94% revenue growth CAGR over the next five years."

She maintained her outperform rating for the stock.

Azer said, in her opinion, the real story is on Tilray's medical marijuana leadership.

"The medical market remains TLRY's core strength, and is well positioned to capitalize on the global medical cannabis opportunity," she wrote. "We think TLRY is fully engaged in a cannabis IP arms war and additional insight into progress in this vector may have an outsized impact for investors and potential partners." 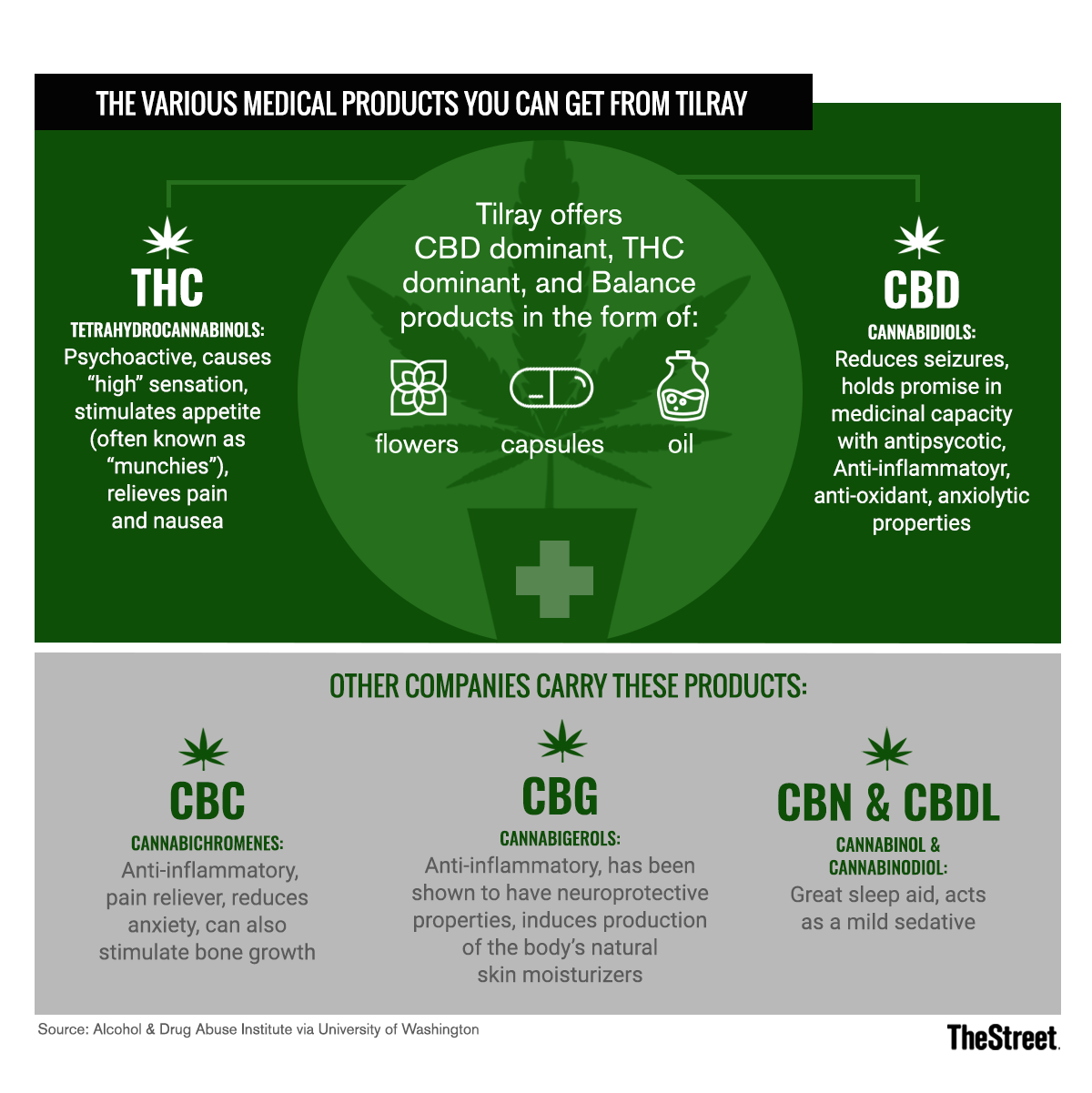 Tilray has been extremely active in finding partners for its medical endeavors. Notable partnerships include an agreement with Novartis AG (NVS) subsidiary Sandoz, a DEA-approved research study with the University of California San Diego, and a collaboration with a cannabis delivery method agreement with medical technology manufacturer Intelgenx (IGXT) .

Today IntelGenx is pleased to announce that we have executed a definitive license, development and supply agreement with #Tilray, The two companies will co-develop and commercialize oral film products infused with adult-use and medical #cannabis - https://t.co/YwjqRGNUYn pic.twitter.com/6G2Etdq4n5

There will be a great deal to cover in the earnings release this evening. For the early morning hours, the optimism that Azer touches on seems to be pushing the stock slightly higher.

Get an email alert each time I write an article for Real Money. Click the "+Follow" next to my byline to this article.
TAGS: Earnings | Investing | Cannabis