While Americans were barbecuing in their backyards on Labor Day, the world continued to spin. Events that occurred on Monday in Europe, the UK, and the Middle East could have repercussions for investors around the world.

On Monday, OPEC+ announced an agreement to reduce production by 100,000 barrels per day. It was a small cut, but it reversed a 100,000-bpd increase that went into effect shortly after President Biden's visit to Saudi Arabia.

Of greater significance was the cartel's decision to give its chairman, Saudi Energy Minister Abdulaziz bin Salman al-Saud, the power to intervene in the market on a discretionary basis. This makes it easier for OPEC+ to adjust production in the future.

How should investors react? Perhaps its no coincidence that Occidental Petroleum (OXY) has the best chart in the sector. After all, Warren Buffet's Berkshire Hathaway (BRK.B) has been a conspicuous buyer. 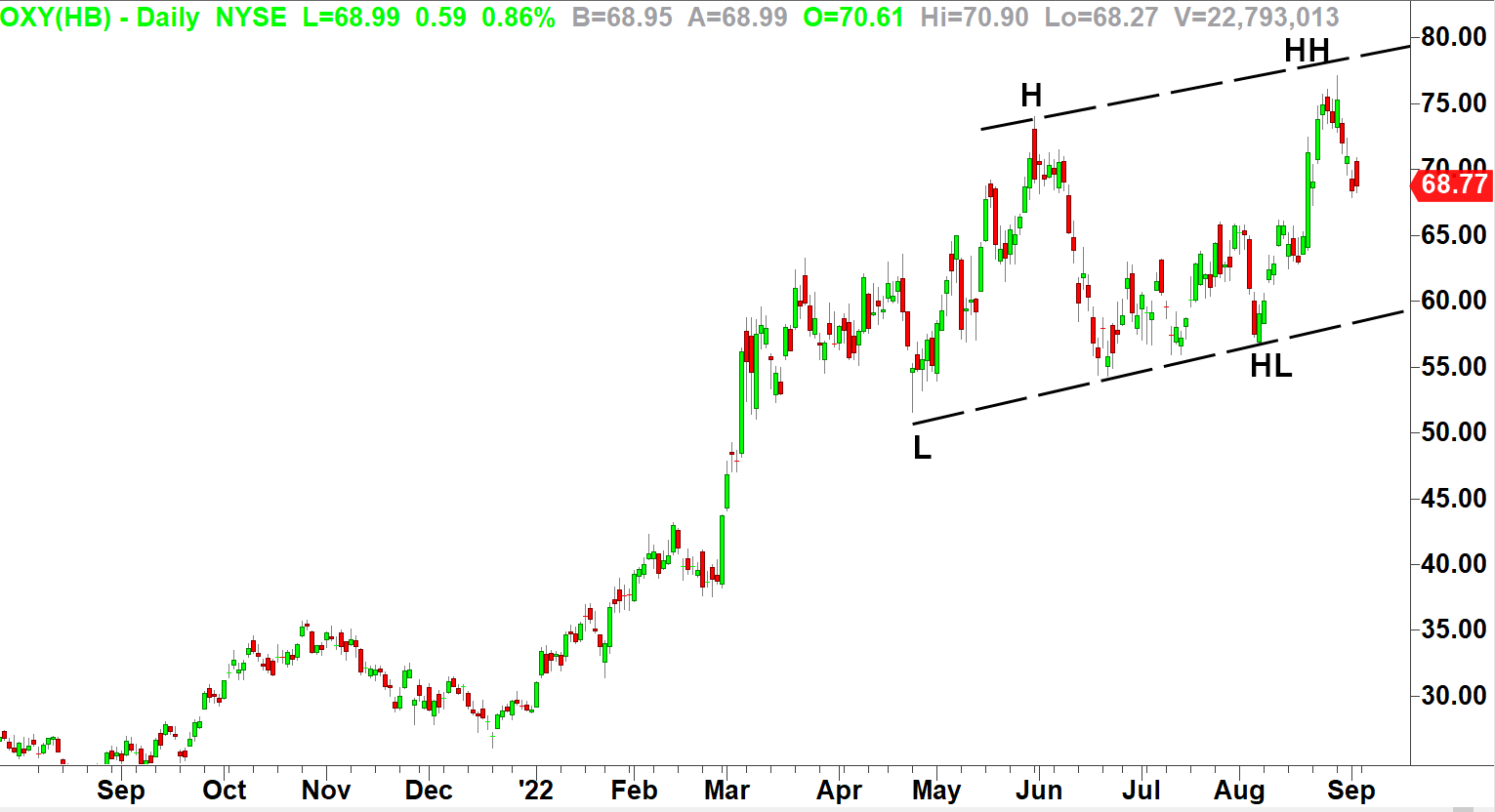 OXY's chart features higher lows (HL) and higher highs (HH), embedded within its gently sloping uptrend. Who am I to argue with Uncle Warren? I'm opening a small position in OXY here.

Natural gas futures in Europe soared by over 30% at one point on Monday after Russia's Gazprom halted flows from the Nord Stream 1 pipeline. The state-controlled gas company cited a leak that needed repair, but Russia later admitted that the move came in retaliation for Western sanctions.

Natural gas recently broke out from a cup and handle pattern (curved black lines), but that breakout appears to have fizzled. The NYMEX October contract (NGV22) just closed at its lowest level since August 15. 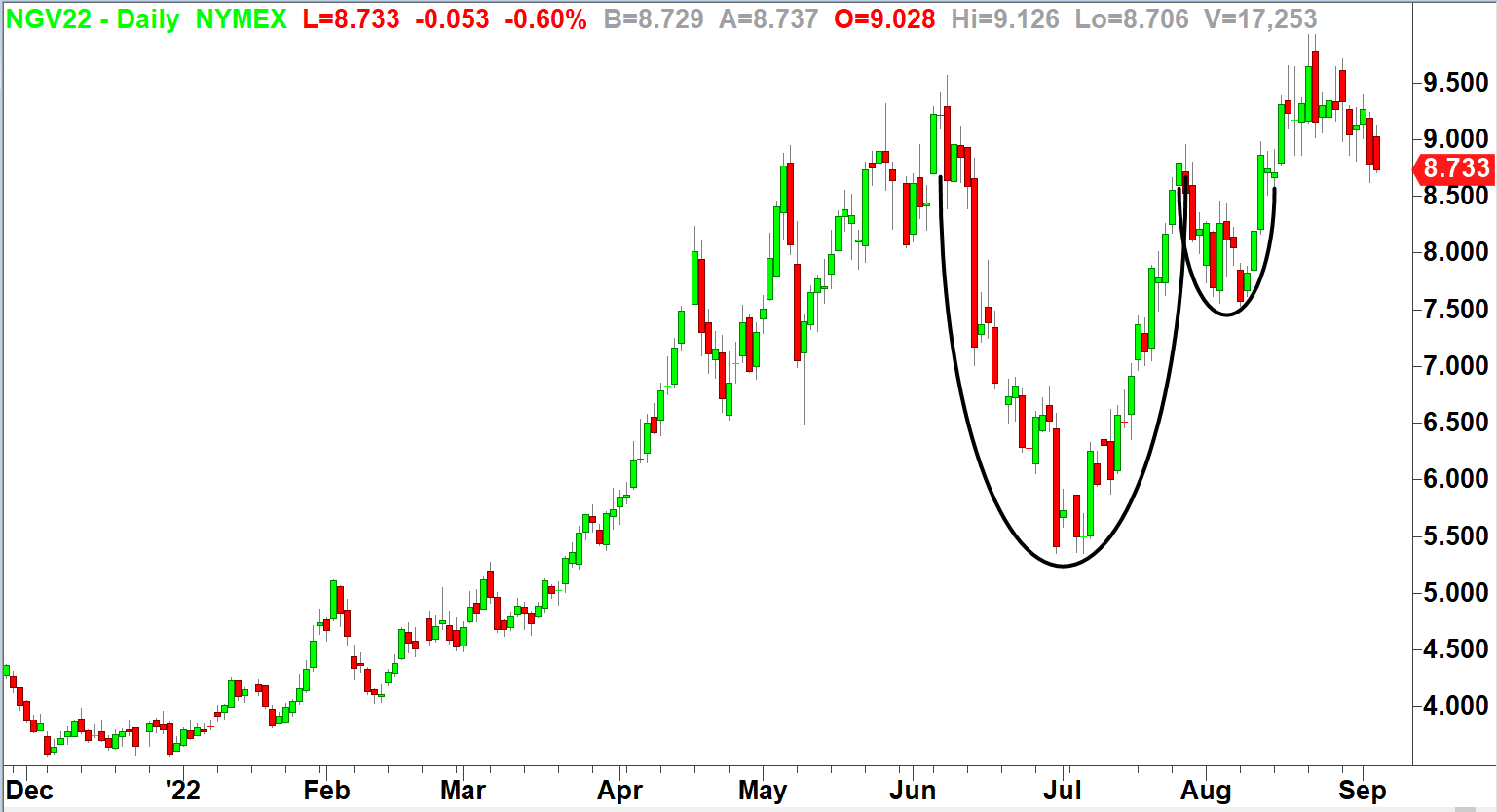 Chesapeake has formed an ascending triangle pattern, with strong resistance at $105. A break above that level would push the stock to multi-year highs. This formation is particularly powerful when it appears in an uptrend, as it does here. 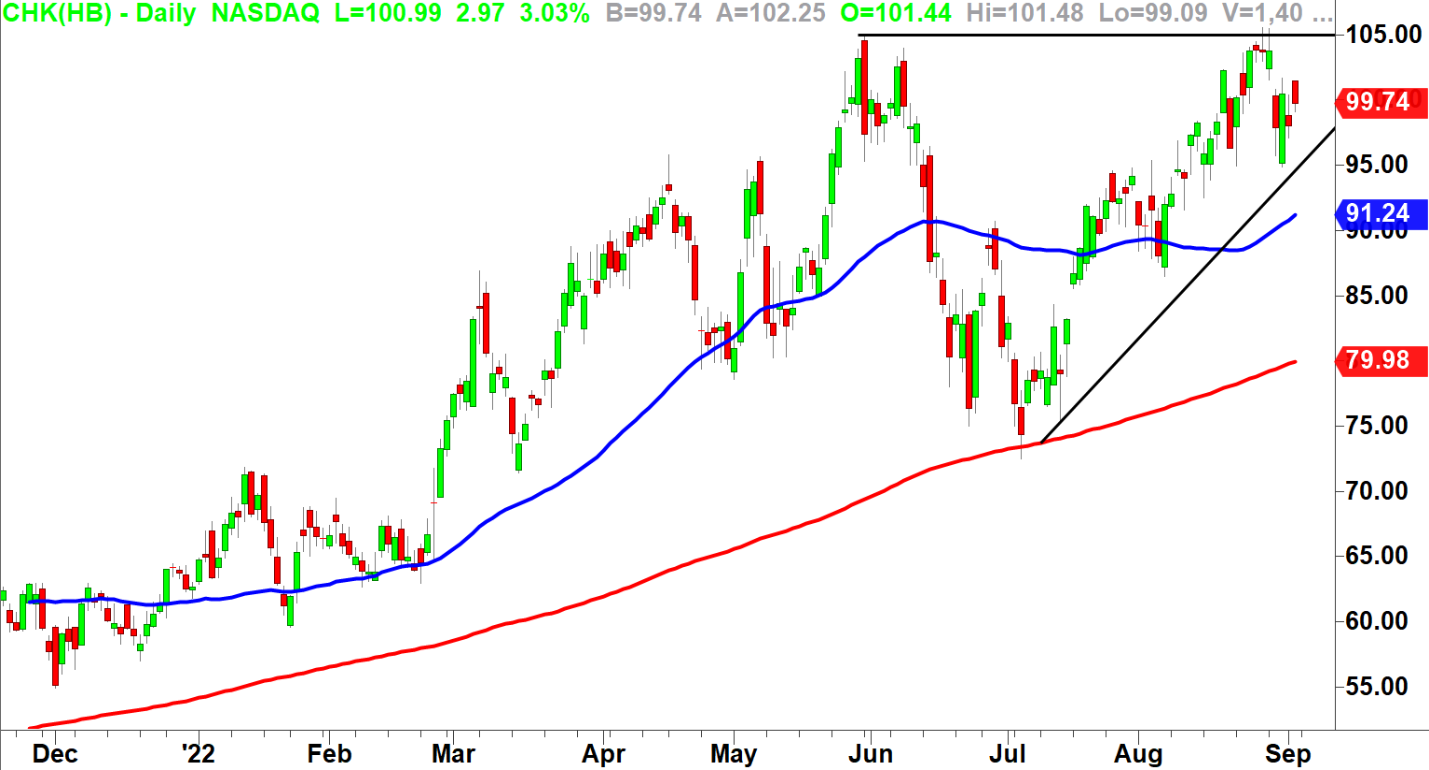 On Monday, Liz Truss was named the UK's new prime minister. Truss is considered pro-business, and we are already seeing a bump higher in the British Pound. 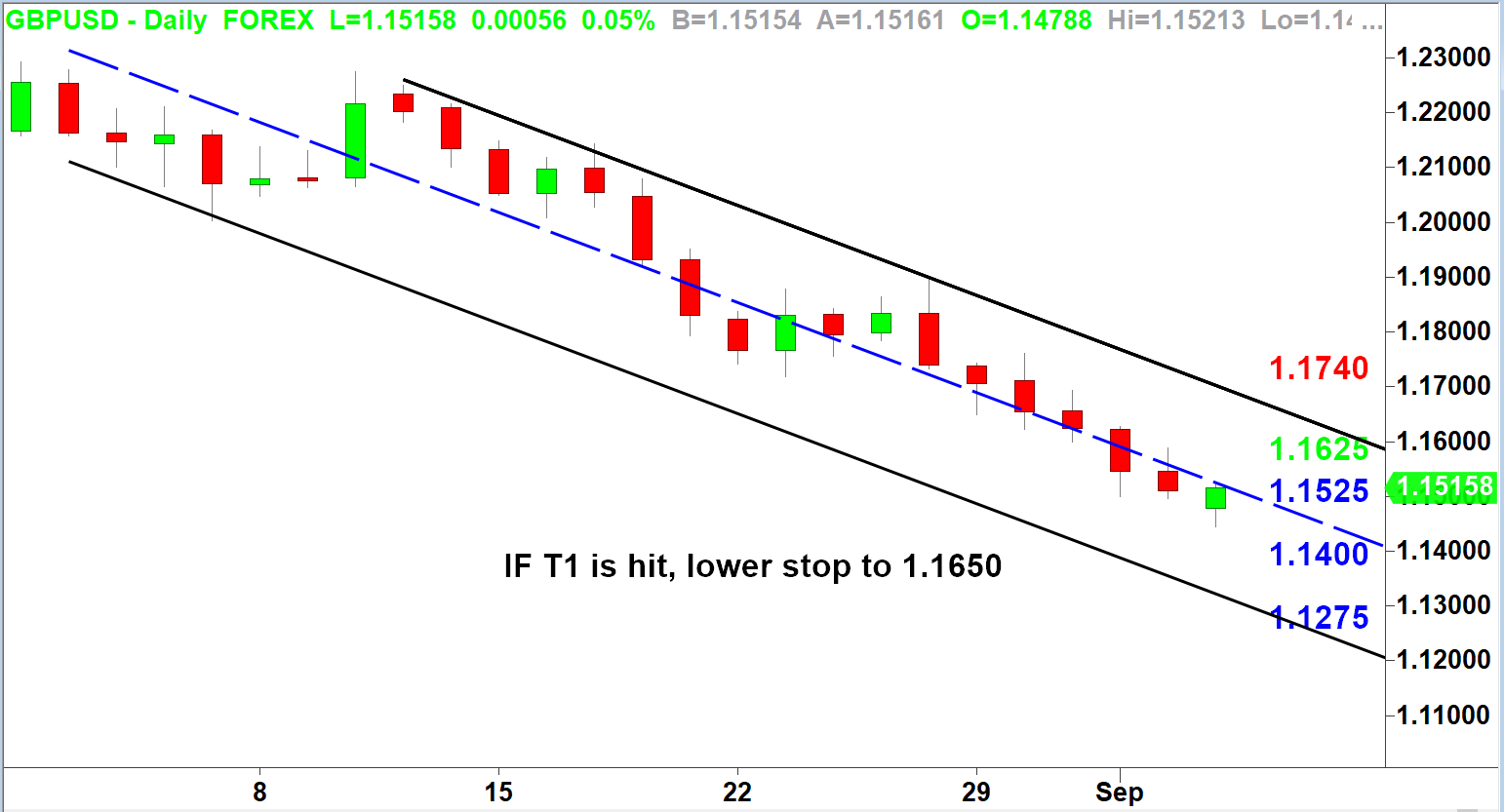 Currency strength and weakness is affected by numerous factors, and the person at the helm, in this case Truss, usually gets disproportionate blame or credit.

Meanwhile, the trend is your friend. You might see a short-term bounce in the pound, but the currency story of 2022 will remain the strong U.S. dollar.

Get an email alert each time I write an article for Real Money. Click the "+Follow" next to my byline to this article.
TAGS: Economy | Investing | Markets | Oil | Stocks | Technical Analysis | Trading | Energy | Natural Gas | Europe | Russia