Beijing-based Momo Inc. (MOMO)  , which operates as a mobile-based social networking platform, is set to report earnings on Thursday. I'm more interested in the charts and indicators of the stock. Let's check them out.

In this daily bar chart of MOMO, below, we can see prices have been trying to hammer out a bottom formation since March. Prices made a low in late June and a slightly higher low in late July. Trading volume was heavy in June and July suggesting that we may have seen a shift in ownership from weak hands to stronger hands.
Prices are below the declining 200-day moving average line but above the rising 50-day moving average line.
The On-Balance-Volume (OBV) line turned down from January but the line has been trying to stabilize the past three months.
The Moving Average Convergence Divergence (MACD) oscillator finally moved above the zero line in early August but it is rolling over to the downside again.

In this weekly bar chart of MOMO, below, we can see that prices have been in a declining phase since the middle of 2018.
Prices are trading below the declining 40-week moving average line but notice the strength in the weekly OBV line the past four months.
The MACD oscillator gave a cover shorts buy signal in June/July but it is still below the zero line.

In this Point and Figure chart of MOMO, below, we used daily price data and the software is suggesting a shallow dip to around $19. 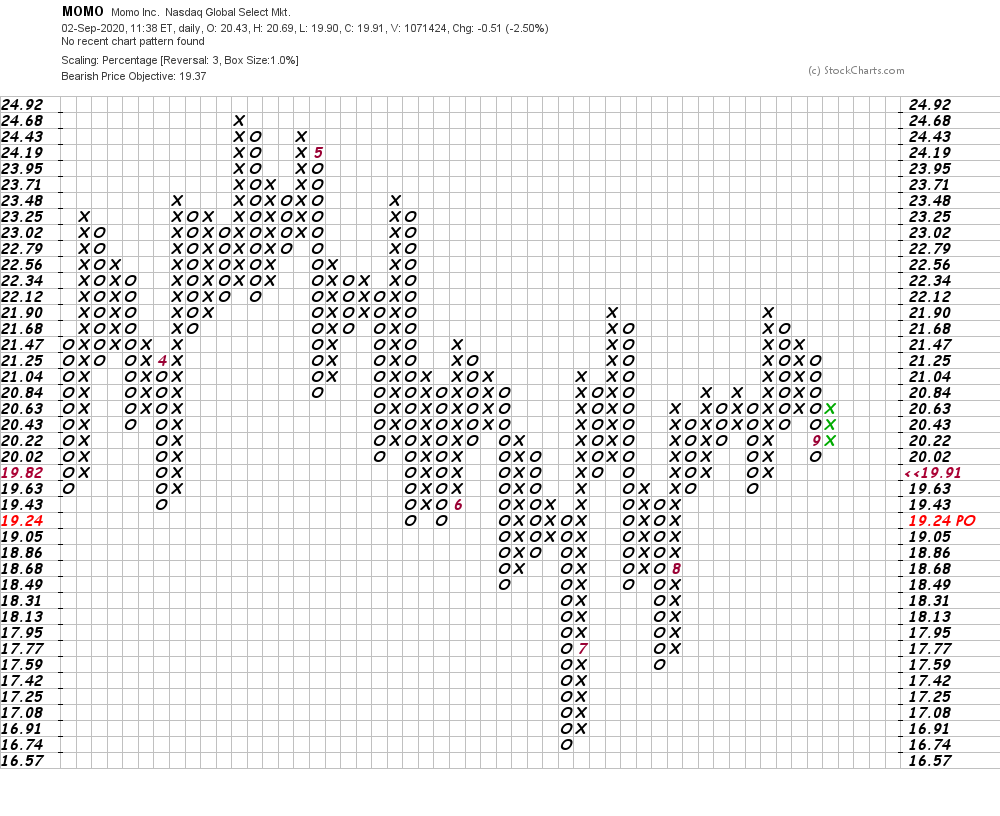 In this second Point and Figure chart of MOMO, below, we used weekly price data. Here the software is projecting the $31 area as a potential upside price objective. 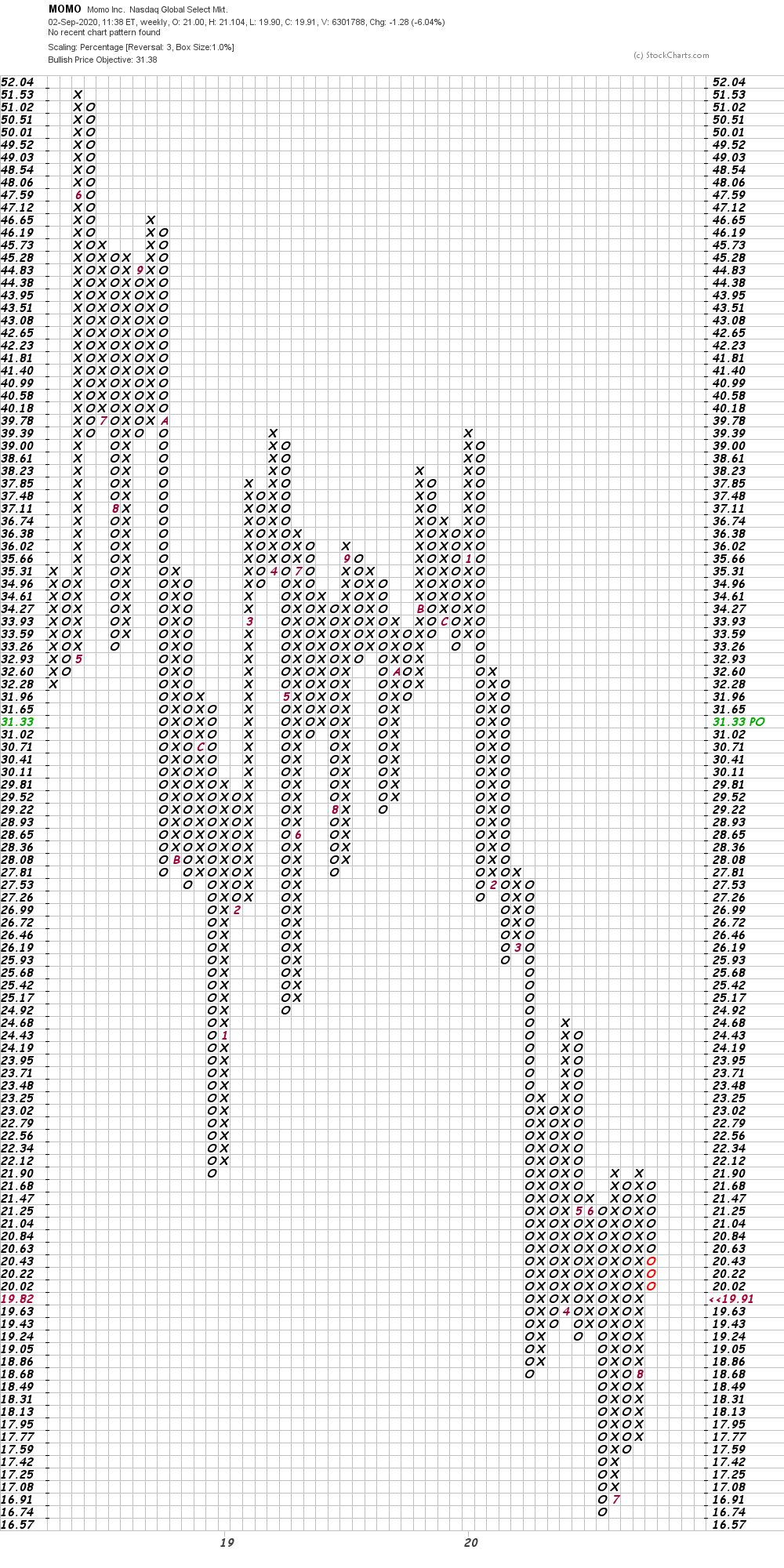 Bottom line strategy: After a downtrend from 2018, MOMO has been trying to bottom this year. The signs are okay so I would only suggest a starter long position ahead of tomorrow's earnings. Risk a close below $17 for now. $31 is the potential upside price target.
Get an email alert each time I write an article for Real Money. Click the "+Follow" next to my byline to this article.
TAGS: Investing | Stocks | Technical Analysis | Trading | Media | Technology | China | Earnings Preview