The utility sector is often viewed as a defensive sector as it tends to hold up better during recessions and typically pays an attractive dividend. These conclusions are probably true but in the next few months I think the Utilities Select Sector SPDR ETF (XLU) is looking vulnerable to a decline.

Let's power up some charts.

In this daily bar chart of the XLU, below, I can see a sideways trading range for the ETF but the price action shows a shift in the past four months. Prices broke their February and June lows in October. The rally from the June low has stopped at the underside of the August-September highs - a classic place for a rally to fail.

The daily On-Balance-Volume (OBV) line has made a significantly lower high in late November. The Moving Average Convergence Divergence (MACD) oscillator has crossed to the downside for a take profit sell signal.

In this weekly Japanese candlestick chart of the XLU, below, I see a mixed to bearish setup. Prices were in an uptrend from the early 2020 low for about two years. In the past four months two key events happened.
First, we can see that the slope of the 40-week moving average line has turned down. Second, we can see that prices made a lower low in October and failed to make a higher high in December. A large upper shadow in December tells us that traders rejected the highs.
The weekly OBV line shows weakness from December 2021. The MACD oscillator is in sell territory.

In this daily Point and Figure chart of the XLU, below, I can see an upside price target in the $79 area but a trade at $68.77 could turn this chart bearish. 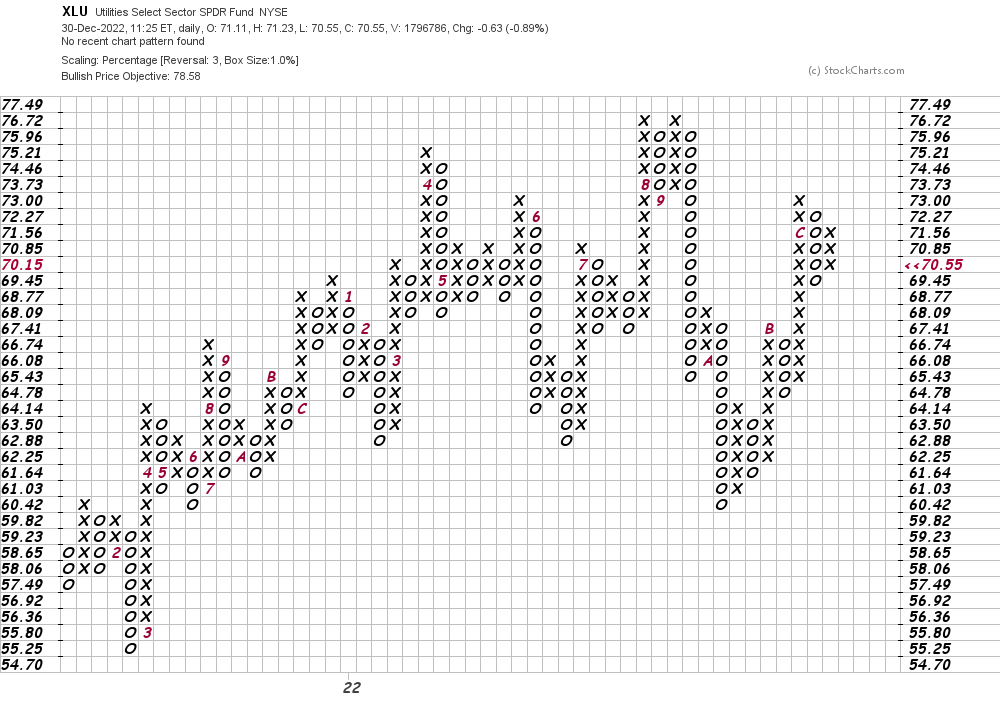 In this weekly Point and Figure chart of the XLU, below, the software is projecting the $44 area as a potential downside price target. 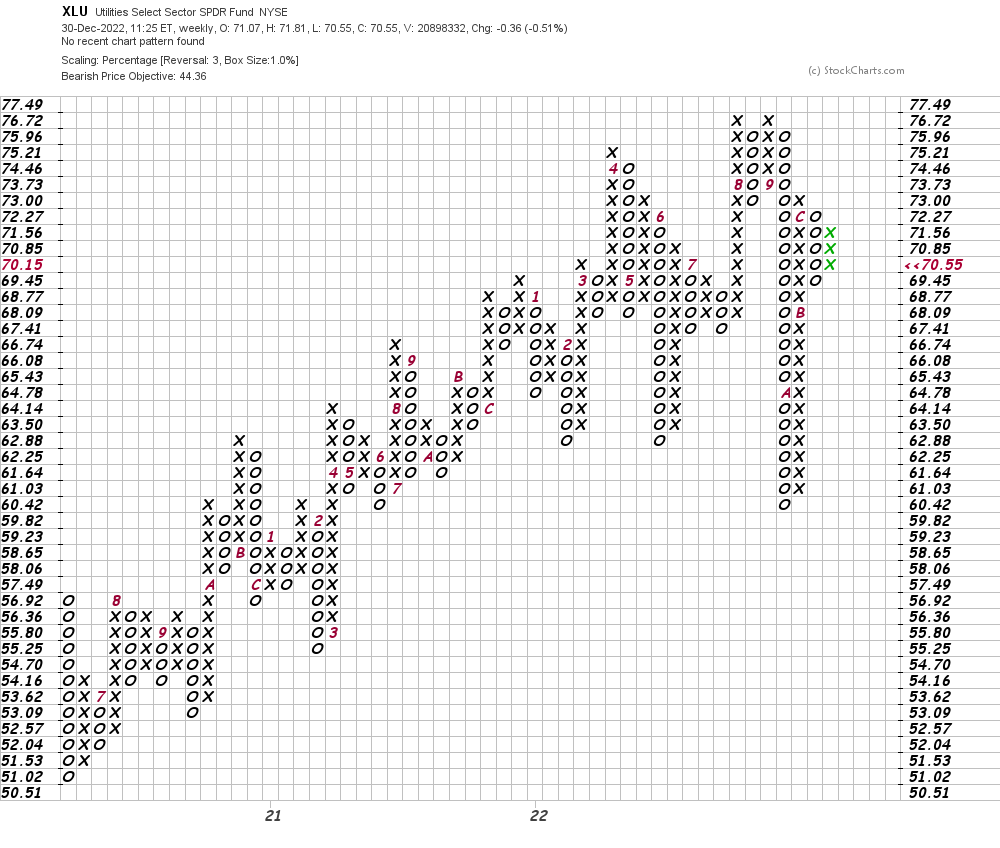 Bottom line strategy: The markets are discounting mechanisms but I am not sure what the charts of XLU are discounting. For now I would avoid the long side of the XLU and maybe take the proceeds to buy a two year treasury.
Get an email alert each time I write an article for Real Money. Click the "+Follow" next to my byline to this article.
TAGS: ETFs | Investing | Markets | Stocks | Technical Analysis | Trading | Utilities