Twilio (TWLO) was reviewed on January 4 when we said, "TWLO could go much higher in 2021 but first we need to see prices stop declining. Stand aside until the middle of February."

Let's check out the charts again. In this daily bar chart of TWLO, below, we can see that prices declined into the end of January but found buying around the rising 50-day moving average line. TWLO then rallied briefly to new highs in February. The subsequent decline from the February zenith has been sharper and more damaging as the 50-day moving average line has been broken. The rising 200-day moving average is not far off now.
The On-Balance-Volume (OBV) line has been stalled since December and has turned weaker into March. The line has diverged from the price action for the past three months but now the two are in sync.
The Moving Average Convergence Divergence (MACD) oscillator crossed to the downside in the middle of February and is now close to crossing the zero line.

In this weekly bar chart of TWLO, we can see the start of price weakness. TWLO is still in an uptrend above the rising 40-week moving average line.
The weekly OBV line shows a turn lower and the MACD oscillator has crossed to a take profit sell signal in this longer time frame.

In this daily Point and Figure chart of TWLO, below, we can see a potential downside price target in the $285 area. 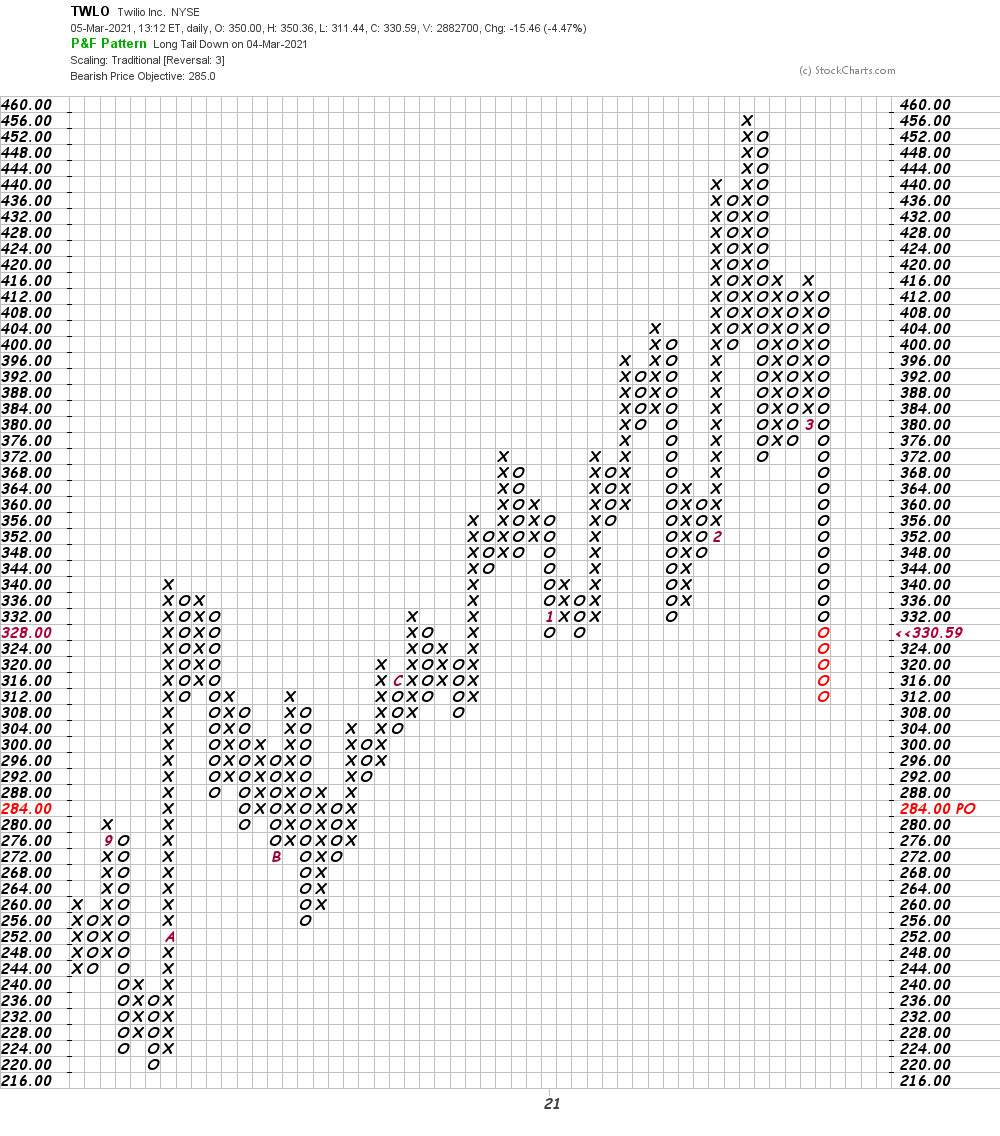 Bottom line strategy: TWLO could bounce in the short-run but the indicators suggest we could see further weakness into the $285-$250 area as March unfolds. Avoid the long side for now.
Get an email alert each time I write an article for Real Money. Click the "+Follow" next to my byline to this article.
TAGS: Investing | Stocks | Technical Analysis | Trading | Software & Services | Technology