Cil said their brands were ready to serve customers with drive-thru, takeout and delivery services at many locations during the pandemic. He said there's still work to be done in streamlining these offerings to increase margins.

At Popeye's, the introduction of the chicken sandwich has ushered in a new wave of regular, daily customers, Cil said. He was also bullish on Burger King's plant-based Impossible burger, which is also gaining in popularity as customers look for meat alternatives.

Let's check out the drive up window and some charts.

The On-Balance-Volume (OBV) line improved from its March/April lows but it has turned lower from early June, telling us that sellers have returned.

The Moving Average Convergence Divergence (MACD) oscillator is pointed down and is close to crossing below the zero line for an outright sell signal.

In this weekly bar chart of QSR, below, we can see a mostly bearish picture. Prices made a major decline from their peak back in 2019 and the rebound rally stopped at the declining 40-week moving average line.

The weekly OBV line rebounded from March but has taken a step backwards this month.

The MACD oscillator gave us a cover shorts buy signal at the beginning of May but it has since begun narrowing, which tells us that the strength of the uptrend is fading.

In this daily Point and Figure chart of QSR, below, we can see that the software is projecting a potential downside price target around $48. 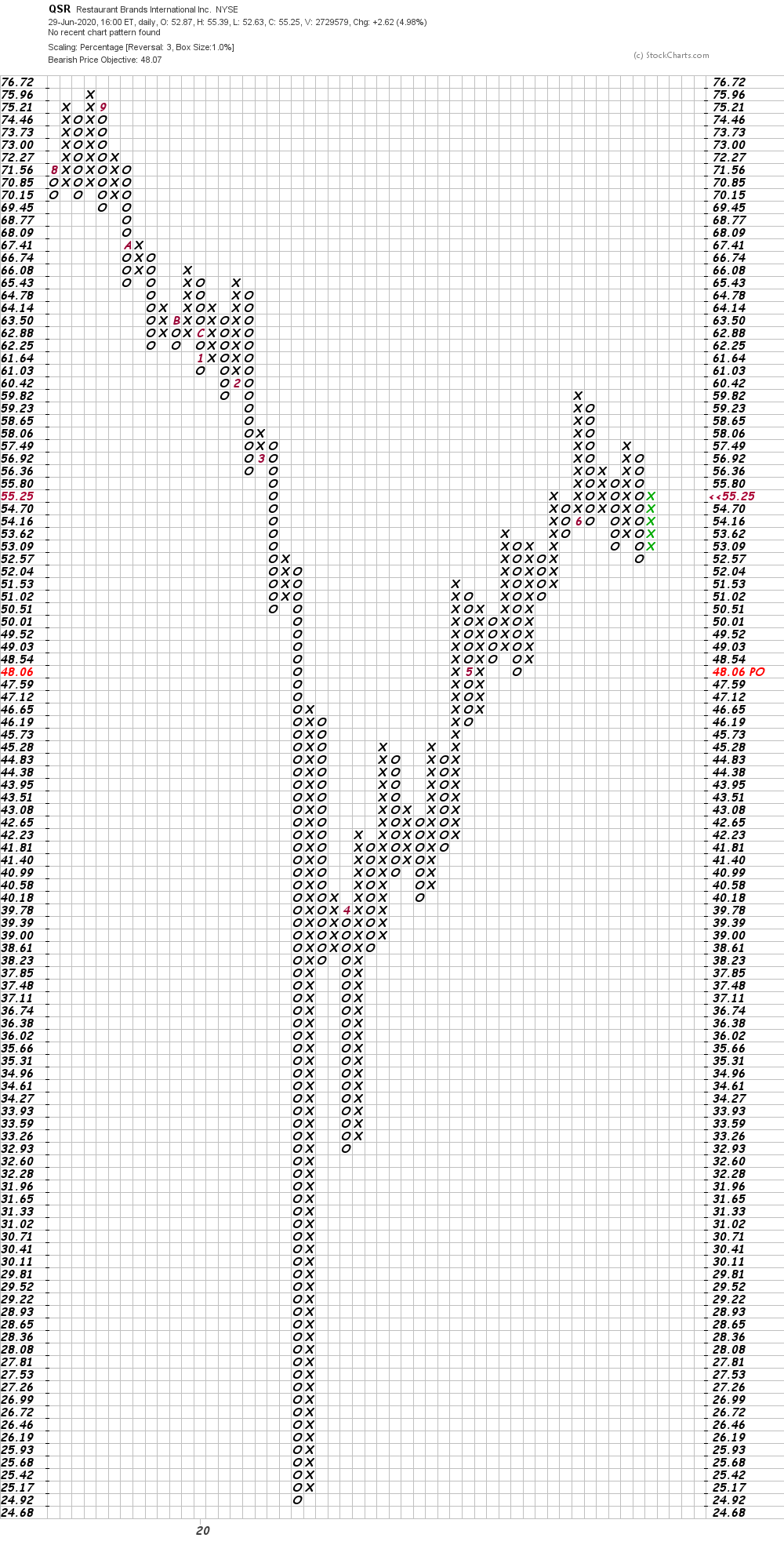 Bottom line strategy: The charts of QSR have weakened in June and the month of July could see further declines. QSR could pullback to the $48-$45 area so avoid the long side until the OBV line tells us that buyers are becoming more aggressive.

Get an email alert each time I write an article for Real Money. Click the "+Follow" next to my byline to this article.
TAGS: Investing | Stocks | Technical Analysis | Trading | Restaurants | Mad Money | Executive Interview

Don't Get Stabbed by PINS