Izzo confirmed what other utilities have been saying this quarter, that the demand for residential power is up, while commercial and industrial demand has fallen. However, since residential electricity carries higher margins, the declines were not as bad as many had feared.

One area of concern for Izzo was Covid-19's impact on the upcoming storm season. He said typically utilities share personnel to recover from storms faster, but with Covid-19, utilities are reluctant to share their workers and possibly put them in harm's way. That could lead to far longer wait times before power is restored after a storm.

In this daily bar chart of PEG, below, we can see that prices have been weakening from around the middle of April so we know this pullback has been under way for a while now. Prices are back below the declining 50-day moving average line and still below the declining 200-day line.

The On-Balance-Volume (OBV) line has rolled over the past four weeks and tells us that sellers of PEG have slowly become more aggressive.

The Moving Average Convergence Divergence (MACD) oscillator has moved below the zero line for an outright sell signal.

In this weekly bar chart of PEG, below, we can see that prices have retraced about half of their March-April rebound.

Prices remain below the declining 40-week moving average line and the weekly OBV line has been in a decline since November.

The MACD oscillator is trying to cross to the upside for a cover shorts buy signal.

In this daily Point and Figure chart of PEG, below, we can see that prices are close to reaching their potential downside price target. 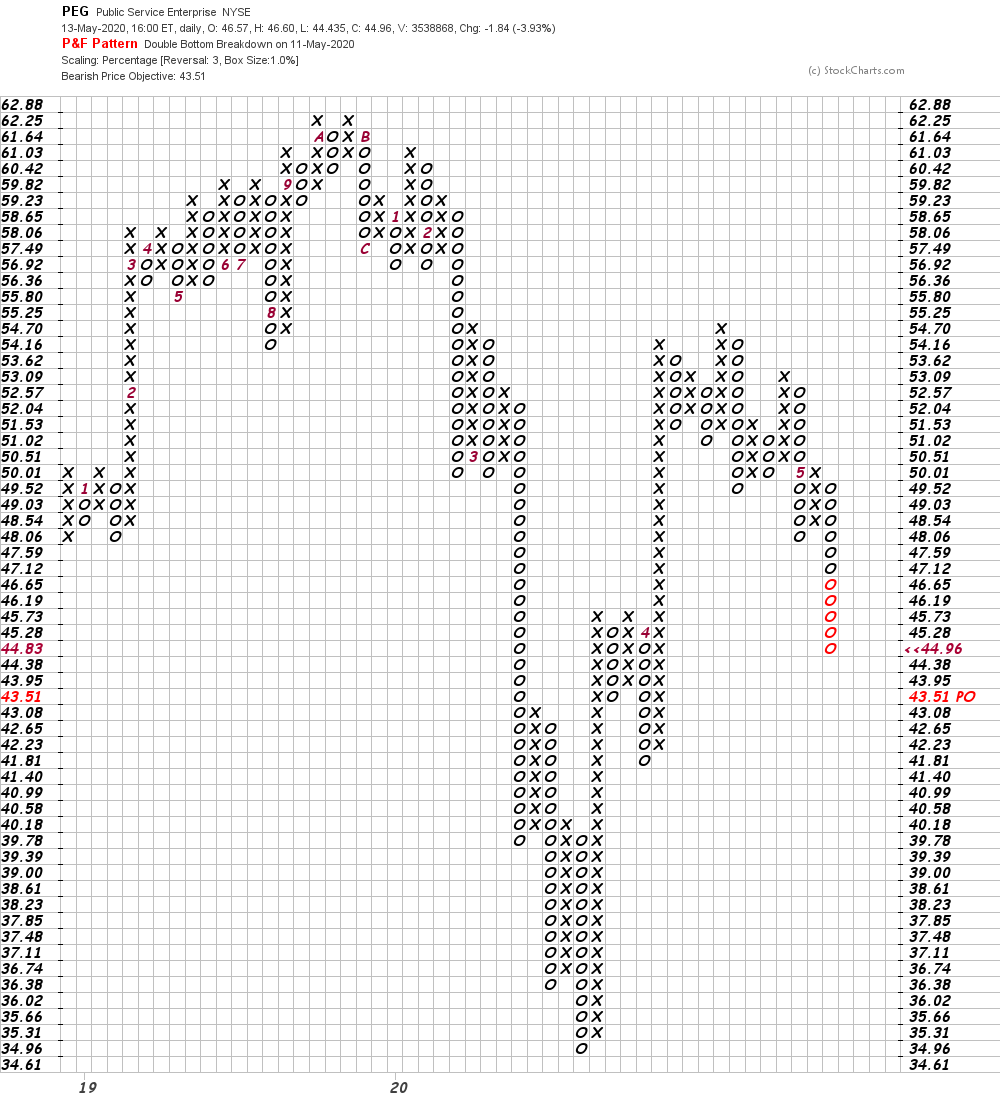 Bottom line strategy: The price of PEG is pointed down and we do not have a Japanese candlestick reversal pattern visible yet, but prices are oversold and near their Point and Figure price target. Net - We do not have a reversal but I would not press the downside at this point in time.

Get an email alert each time I write an article for Real Money. Click the "+Follow" next to my byline to this article.
TAGS: Investing | Stocks | Technical Analysis | Trading | Utilities | Mad Money | Executive Interview | Coronavirus

Sagging European-Focused ETFs Are Rallying, Though It's Hard to Say Why

The fourth quarter has seen eurozone-related funds go on the upswing, but whether the improvement will last is another matter.