Kurtz said the threat of cyberattack has never been greater, with ransomware attacks gaining in frequency and severity. He said that hackers will now steal a copy of your data before encrypting the copies on your network. If companies opt not to pay, the stolen data will then be used for extortion, leaving companies with a lose-lose situation.

Adding to the "big mess" is cryptocurrency, which allows hackers to make off with their ransoms often undetected. Little can be done about hackers outside of the U.S., Kurtz noted.

Companies are also putting themselves at risk by using legacy software and technologies, Kurtz said. These systems were not designed for today's security needs and cannot take advantage of cloud technologies that allow intrusions to be detected quickly.

Cybersecurity is a long-term theme that's not going away any time soon, Cramer concluded. Let's check on the charts of CRWD. We last reviewed the charts of CRWD on August 27 and recommended that traders should "Stay long CRWD but raise stops to $255 from $195. Our price targets are $300, $333 and now $400."

In this updated daily bar chart of CRWD, below, we can see that prices have pulled back to correct the gains from mid-August. Prices are still above the rising 50-day moving average line as well as the bullish 200-day line. The trading volume declined on the pullback and that is a plus as it tells us that traders largely held their long positions.

In this weekly Japanese candlestick chart of CRWD, below, we can see a strong picture. Prices are in an uptrend above the rising 40-week moving average line. The weekly OBV line is bullish and so is the MACD oscillator.

In this daily Point and Figure chart of CRWD, below, we can see a new and slightly higher price target of $407. 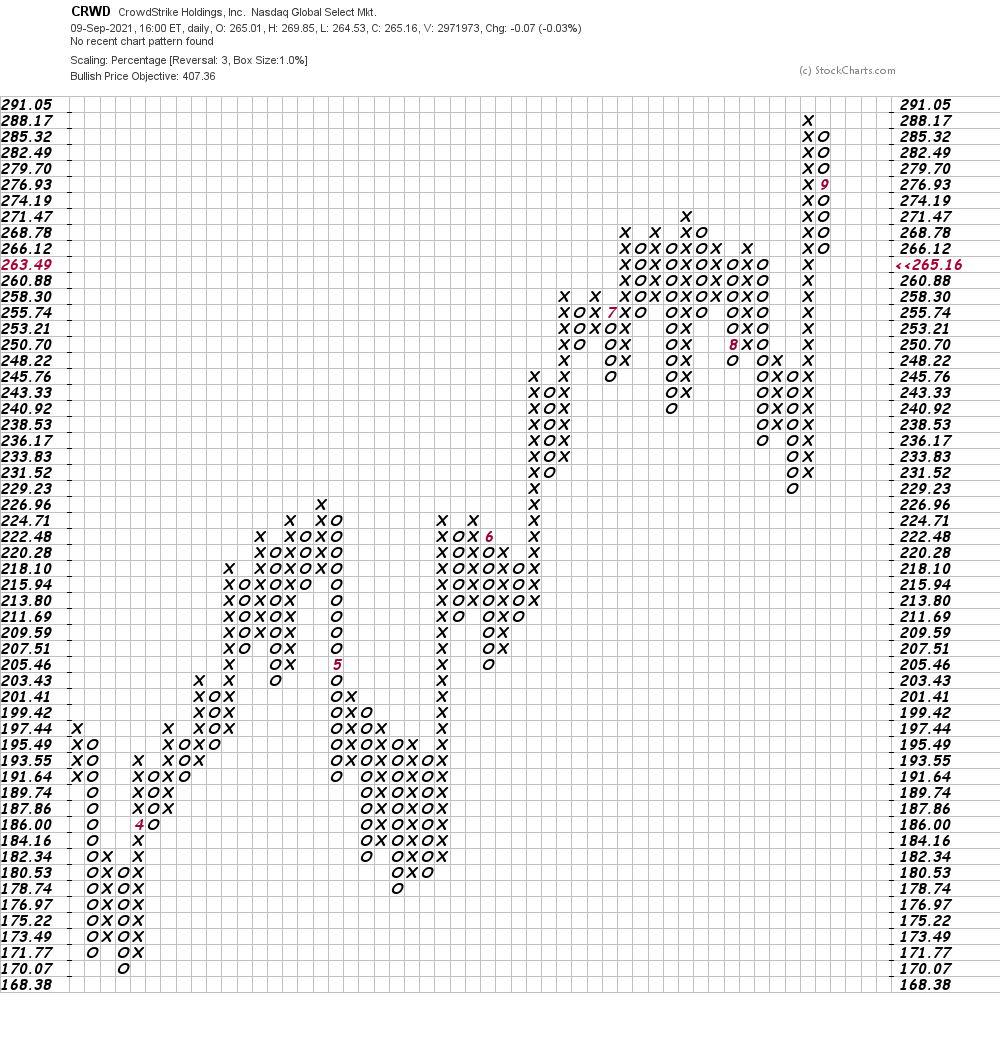 Get an email alert each time I write an article for Real Money. Click the "+Follow" next to my byline to this article.
TAGS: Investing | Stocks | Technical Analysis | Trading | Cybersecurity | Technology | Mad Money | Executive Interview | Cryptocurrency