For his "Executive Decision" segment of "Mad Money" Friday night, Jim Cramer spoke with Brian Mariotti, CEO of Funko. (FNKO)  . FNKO is a specialty toy maker that sank sharply Friday despite reporting better-than-expected results. Mariotti said that Funko is an index fund of pop culture, licensing over 550 unique properties that span everything from sports to music, TV, movies, video games and more.

One of their biggest competitive advantages is speed, he said, as they can respond to the latest trends with products on the shelves in just weeks. I am not sure what investors saw or did not see in the numbers last week, but the charts have definitely turned weak, making new lows for the move down from an early September zenith.

In this daily bar chart of FNKO, below, we can see a big rally from $6 to $31 in little more than eight months but prices have given back more than half of those gains in just two months. Markets can often give up gains faster than they accrue. Notice the volume spike as prices peaked? Investors voted heavily with their feet.

The daily On-Balance-Volume (OBV) line quickly peaked and its decline tells me that sellers of FNKO have turned more aggressive.

The trend-following Moving Average Convergence Divergence (MACD) oscillator quickly turned to a take profits sell in early September and an outright sell in late September. A fresh outright sell signal is close with the price weakness on Friday.

In this weekly bar chart of FNKO, below, we can see a big key reversal week with heavy volume in early September. This dramatic outside-week defines the peak. Prices are now close to the rising 40-week moving average line.

The weekly OBV line is bearish and so is the MACD oscillator.

In this Point and Figure chart of FNKO, below, we can see a downside price target of $10 being projected. 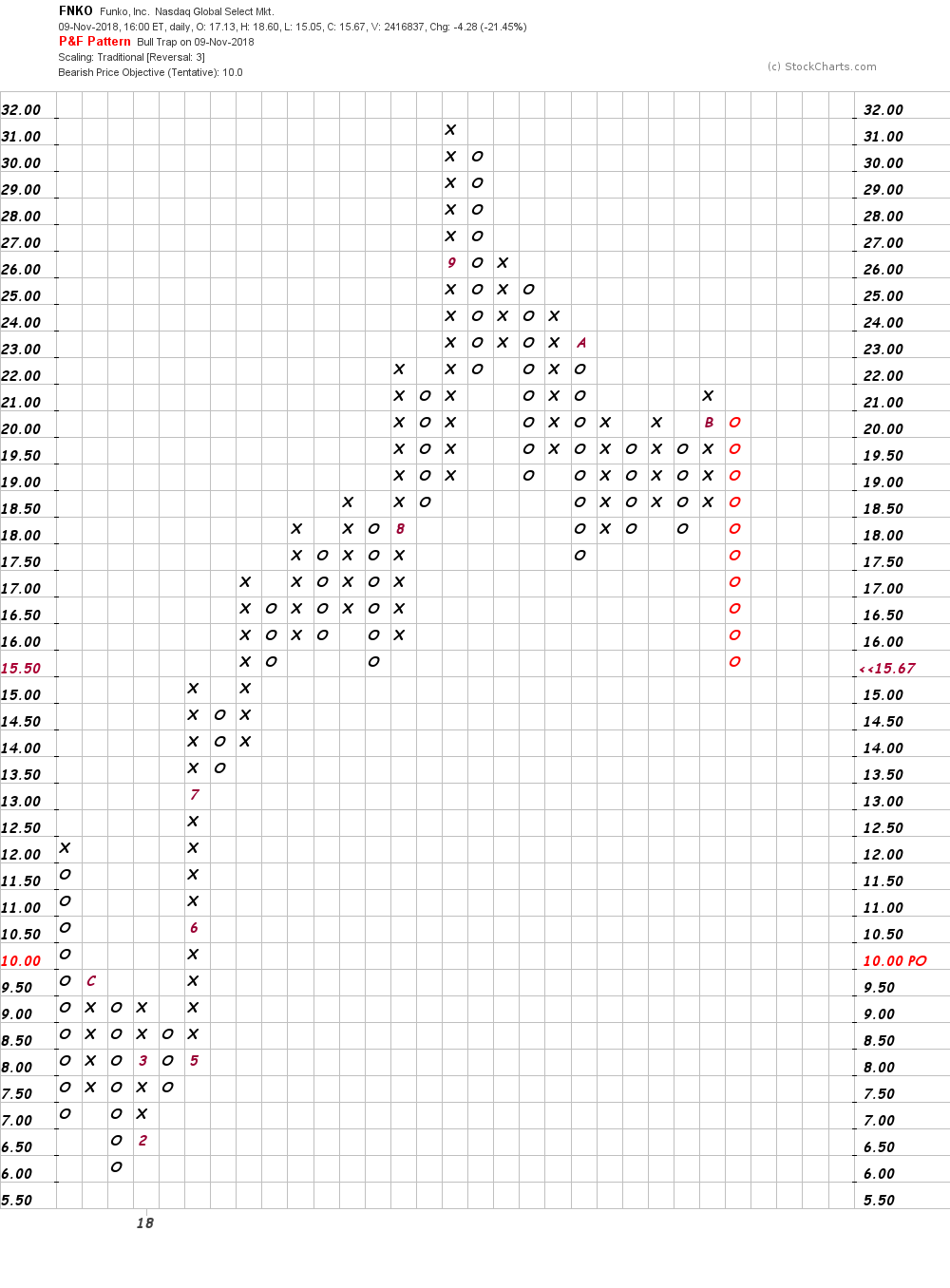 Bottom line strategy: With a big reversal pattern in September and a sharp downside move on Friday, FNKO is in terrible technical shape. Follow-through selling and weakness to the $10 area is anticipated.