The major equity indexes closed mostly lower Thursday with negative internals on the NYSE and NASDAQ as trading volumes declined on both exchanges from the prior session. Most closed near their intraday lows. However, no technical events of import were generated on the charts, leaving all remaining in their near-term uptrends. The data continues to send a generally neutral message.

However, as stated in our recent reports, valuation and overly bullish investment advisor sentiment continue to suggest we keep our near-term "neutral" outlook for the equity markets intact.

On the charts, the major equity indexes closed lower yesterday with negative breadth and up/down volumes on the NYSE and NASDAQ, although overall volumes declined from those of the prior session. The two exceptions were the COMPQX  and NDX that posted gains, largely due to the advances of the mega-cap technology stocks. This dynamic has been an overriding theme over the past several weeks except for a brief period of what was viewed to be a rotation out of technology into cyclical stocks. It appears at this point that the perceived rotation was short lived as displayed in yesterday's activity.

Nonetheless, all the charts remain in near-term uptrends as are the cumulative advance/decline lines for the All Exchange, NYSE and NASDAQ. The COMPQX and NDX remain on bearish stochastic crossover signals that, in our view, need to see violations of support or trends to be validated. 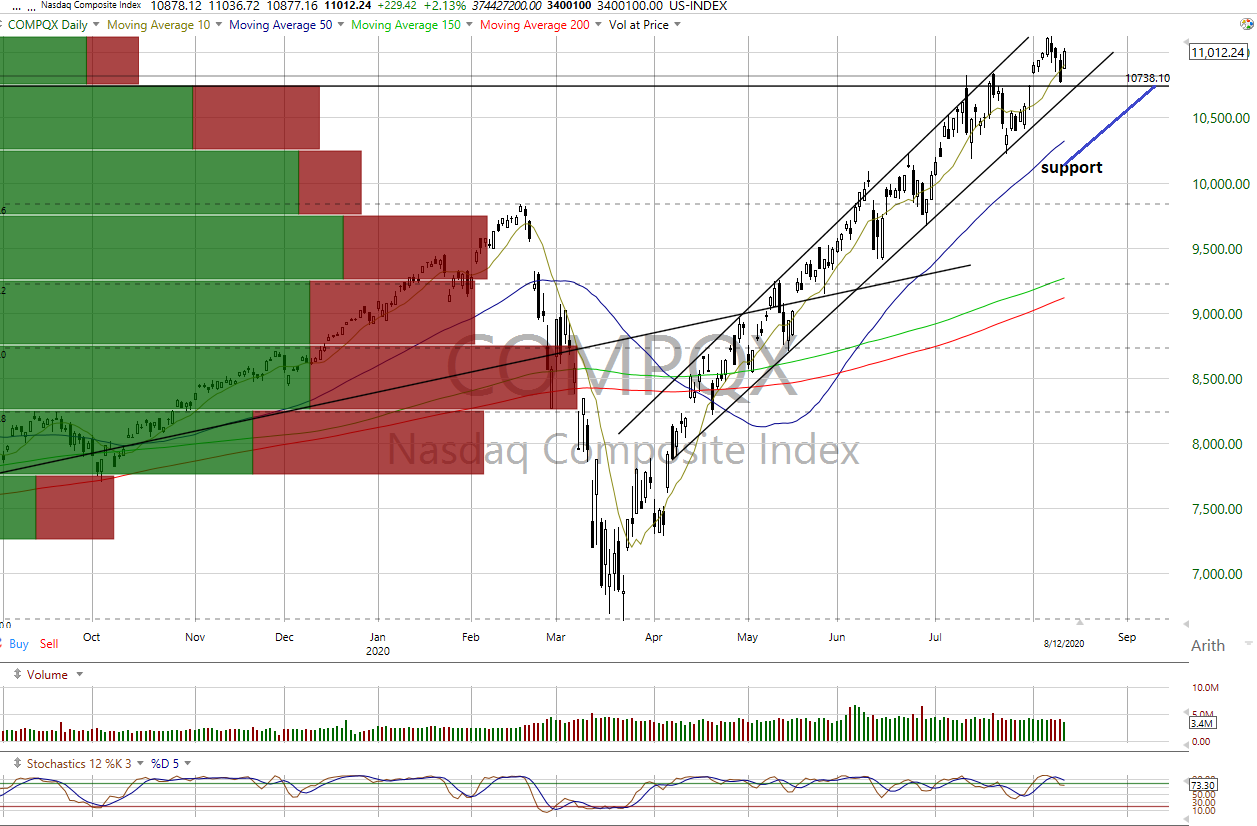 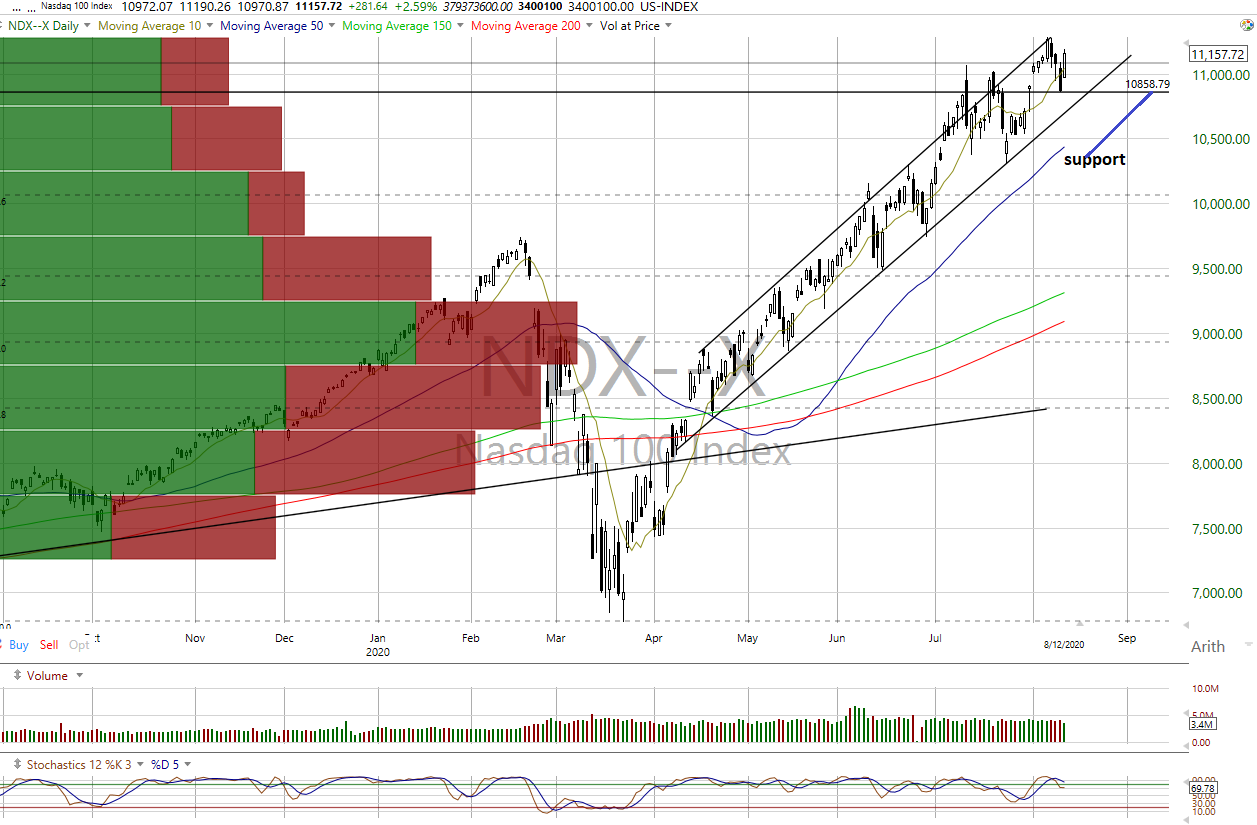 The detrended Rydex Ratio remains in bearish territory at 0.95 with the leveraged ETF traders leveraged long. We continue to view the overwhelming number of bullish investment advisors as cautionary with the Investors Intelligence Bear/Bull Ratio at 17.3/56.7.

The counterintuitive % of SPX issues trading above their 50 DMAs slipped back into neutral territory from bearish at 77.4. The valuation gap remains extended, in our view, with the SPX forward multiple of 23.2 via consensus forward 12-month earnings estimates from Bloomberg of $145.30 while the "rule of 20" finds fair value at 19.3. Said valuation gap remains a concern. The SPX forward earnings yield is 4.31% with the 10 ten-year Treasury yield rising to 0.72% after violating its downtrend line earlier this week that had been in place since January.

In conclusion, we are maintaining our "neutral" near-term outlook for the equity markets intact largely due to positive chart trends that we think are being counterbalanced by valuation and overly bullish advisor sentiment.