"Even after this run, I think it's inexpensive and I'd be a buyer," replied Cramer.

In this daily bar chart of ASO, below, we can see all of the trading in ASO since the IPO in early October. Prices rallied into late June and then a pullback/correction has been unfolding. Prices are trading below the declining 50-day moving average line but above the rising 200-day line. The On-Balance-Volume (OBV) line shows some softness since early June telling me that sellers are now more aggressive than buyers. The Moving Average Convergence Divergence (MACD) oscillator is below the zero line but has signaled a cover-shorts message.

In this weekly Japanese candlestick chart of ASO, below we can see a number of candles with upper and lower shadows suggesting a balance between bulls and bears. The 40-week moving average line is bullish but the weekly OBV line has weakened since early June. The MACD oscillator is pointed down.

In this daily Point and Figure chart of ASO, below, we can see a nearby downside price target in the $34-$33 area. 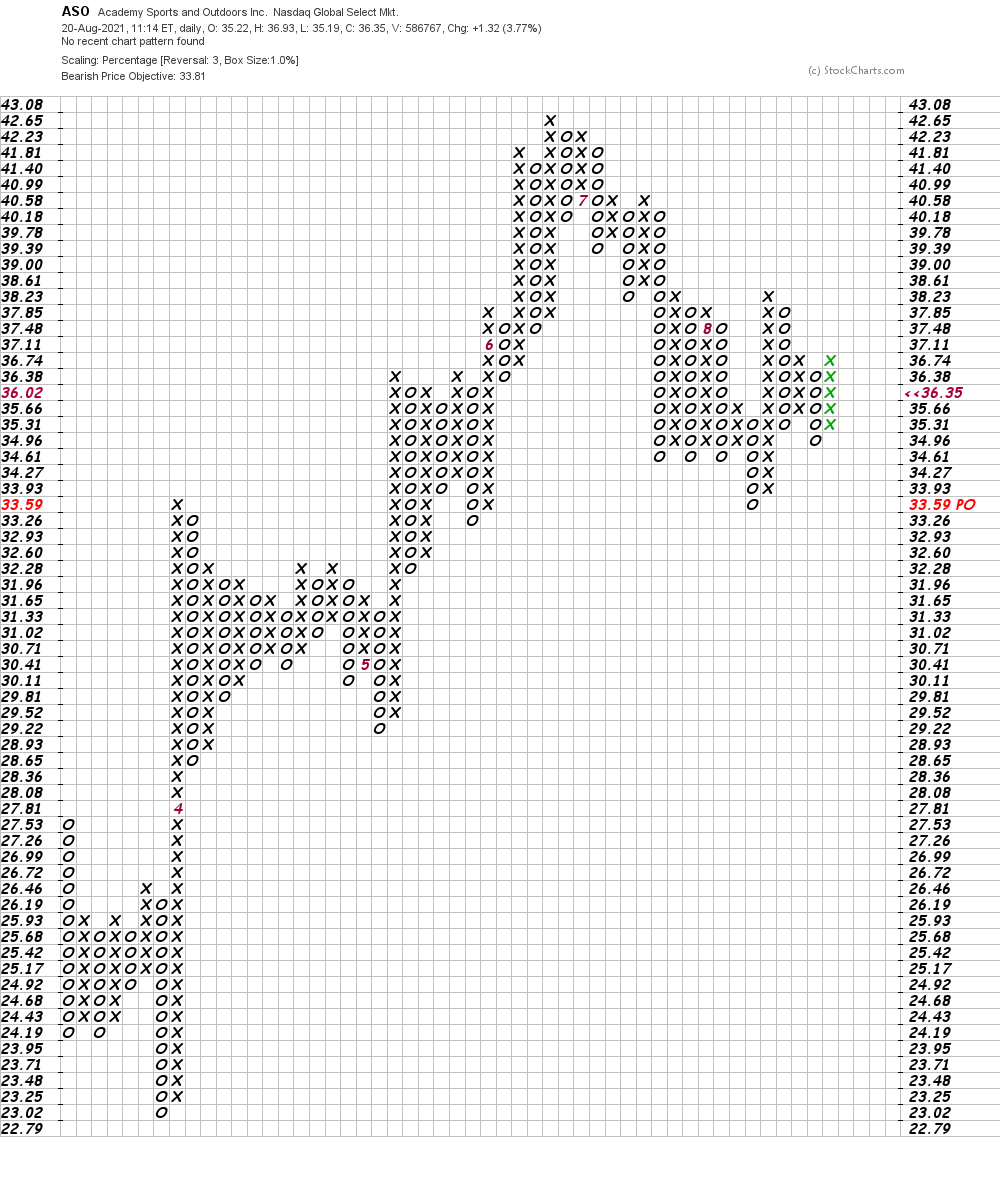 In this weekly Point and Figure chart of ASO, below, we can see a tentative downside objective of $30.

Bottom line strategy: The charts and indicators (above) of ASO suggest some further price erosion in the weeks ahead.
Get an email alert each time I write an article for Real Money. Click the "+Follow" next to my byline to this article.
TAGS: Investing | Technical Analysis | Sports