By BRUCE KAMICH Sep 03, 2019 | 12:11 PM EDT
Stocks quotes in this article: ZM
Zoom Video Communications ( ZM) does not provide us with much trading history as it went public in April, however, let's check the charts and indicators ahead of their Q2 earnings release expected Thursday.
In this daily bar chart of ZM, below, we can see that prices have coiled into a tight trading range the past two months or so. Prices and the shorter 20-day and 50-day moving average lines have been hugging the price action in August.
Trading volume has diminished and the On-Balance-Volume (OBV) line has been flat, signaling a balance between bulls and bears.
The Moving Average Convergence Divergence (MACD) oscillator is below the zero line in bearish territory but it has narrowed towards a possible cover shorts buy signal.

In this second daily chart of ZM, below, we used Japanese candlesticks to attempt to find more clues. The real body or the area between the open and the close is supposed to be the "essence of the day" but the shadows are also important and for ZM it shows more upper shadows in August than lower shadows.
An upper shadow tells you that traders rejected the highs of the day or that there was resistance on the advance. Water and prices tend to take the path of least resistance and for ZM that path could be lower.
In the bottom of the price chart is the 12-day price momentum study. Prices made nearly equal highs in June and late July but the momentum numbers were much weaker. 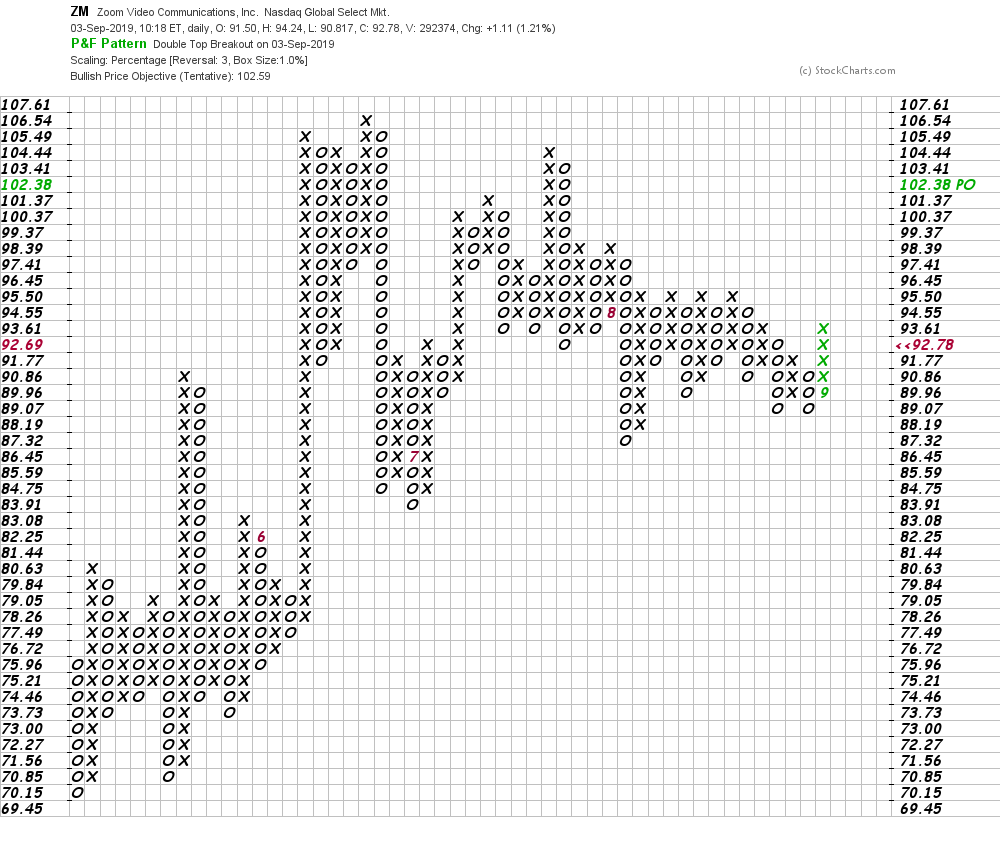 Bottom line strategy: We do not have a lot of price history to lean on but there are enough subtle clues to suggest only holding a token position in ZM ahead of earning's.
Get an email alert each time I write an article for Real Money. Click the "+Follow" next to my byline to this article.
TAGS: Investing | Stocks | Technical Analysis | Trading | Technology | Earnings Preview

Let's check the charts once again.

This Market Correction is Unlike Any We Have Seen Before

Navigating this market meltdown requires an appreciation of how momentum also works to the downside.

Here are a number of things that I'm watching now.