By BRUCE KAMICH Oct 03, 2019 | 02:04 PM EDT
Stocks quotes in this article: TSLA
Tesla ( TSLA) gapped lower today and is under selling pressure. After making lower highs from July is this the start of new leg lower?
In this daily bar chart of TSLA, below, we can see that prices are below the declining 200-day moving average line and today it is below the declining 50-day line. It looks like volume has been declining since the late May price low and that is not a positive development.
The On-Balance-Volume (OBV) line looks like it has been declining from late July signaling that sellers of TSLA have been more aggressive.
The Moving Average Convergence Divergence (MACD) oscillator is barely above the zero line signaling little in the way of trend strength.

In this weekly bar chart of TSLA, below, we can see a large topping pattern for 2017 and 2018. The slope of the 40-week moving average line has been negative for much of the time from early 2018. Prices are below the line now.
The weekly OBV line shows a positive trend the past four months. This might be from short covering rather than new accumulation.
The MACD oscillator is creeping up towards the underside of the zero line but still in sell territory.

In this Point and Figure chart of TSLA, below, we can see a large triangle-like pattern with a projected downside price target in the $202 area. 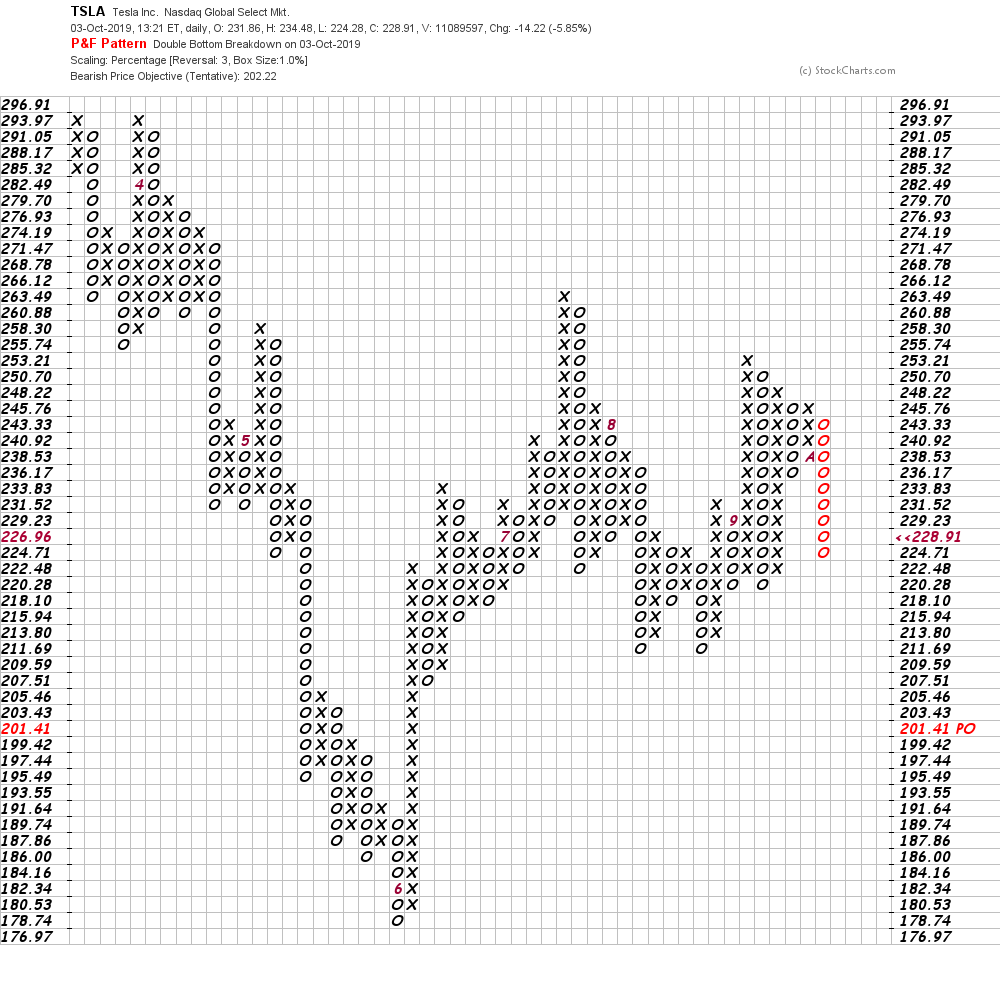 Bottom line strategy: The charts of TSLA are mostly bearish so I would put higher probability on TSLA breaking to the downside and breaking its August lows. Avoid.
Get an email alert each time I write an article for Real Money. Click the "+Follow" next to my byline to this article.
TAGS: Investing | Stocks | Technical Analysis | Trading | Automotive